More people have got immunity to coronavirus than antibody tests suggest, according to new research from Sweden.

Scientists found that those with mild COVID-19 or who didn’t show symptoms still seem to have so-called “T-cells”, although were keen to stress that their results had not yet undergone peer review.

T-cells are a type of white blood cell specialised in recognising viruses and are an essential part of the immune system, said Marcus Buggert, an assistant professor at the Center for Infectious Medicine. 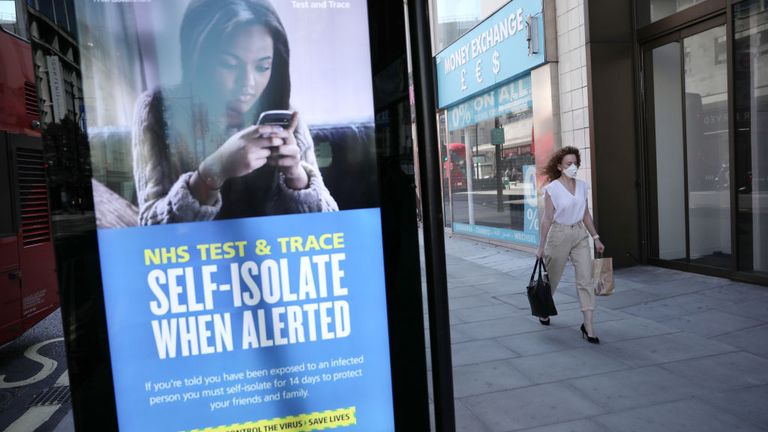 “Our results indicate that roughly twice as many people have developed T-cell immunity compared with those who we can detect antibodies in,” he explained.

Analysis of T-cells are more complicated than coronavirus antibody tests, so are usually done in specialist laboratories rather than the mobile testing sites some people showing symptoms will visit.

Soo Aleman, a consultant at Karolinska University Hospital, also said the T-cells were found not just in people who had had the coronavirus, but also their asymptomatic family members.

She said around 30% of blood donors in May had those types of immunity cells – “a figure that’s much higher than previous antibody tests have shown”.

“In those with milder symptoms it was not always possible to detect an antibody response, but despite this many still showed a marked T-cell response,” she added.

Professor Hans-Gustaf Ljunggren, also of the Karolinska Institutet, said if the results are representative then “it is of course very good news from a public health perspective”. But the institute also clarified that: “The results are so new that they have not yet undergone peer review ahead of publication in a scientific journal.”

Its study used samples from over 200 people, many of whom had mild or no symptoms of COVID-19 and included healthy blood donors.

While the UK’s chief scientific adviser has previously said that antibodies offer some level of immunisation, the government has said it is still unclear how long this lasts and whether it stops someone being able to catch the virus again and pass it on to someone else.