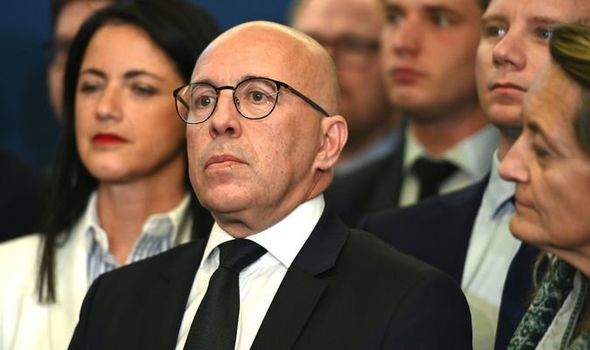 A coronavirus outbreak across France would quickly overwhelm health services, senior conservative Eric Ciotti warned on Monday, as he urged the government to launch an “urgent” action plan to prevent such a scenario. M Ciotti, the president of the departmental council of the southern Alpes-Maritimes region, told RTL radio: “What I fear most is that we will become overwhelmed by the virus – just like the Italians – because of the government’s flawed response.”

“I am not asking the government to close down the border between France and Italy, but simply to reinforce border controls,” he continued, as he urged the centrist government to launch an “urgent action plan” to help ward off the deadly flu-like virus.

His comments came shortly after French junior transport minister Jean-Baptiste Djebbari said that he saw no need to close down transport borders between France and Italy, despite the rapid spread of the virus there.

M Djebbari told BFM business: “Closing down the borders would make no sense, as the circulation of the virus is not just limited to administrative borders.”

The death toll in Europe’s largest coronavirus is more than seven and new cases climbed above 280 as Italy shut down much of its wealthy north to curb the disease’s spread. All those who have died, however, had underlying health problems.

Authorities in the northern regions of Lombardy and Veneto, the industrial and financial heartlands of Italy, shut schools, universities, museums and cinemas for at least a week, and banned large public gatherings.

Ten towns in Lombardy close to the country’s business capital Milan, with a combined population of nearly 50,000, have been placed under effective quarantine, with similar measures adopted for a small town in neighbouring Veneto.

“Nobody thought the spread would be so aggressive,” Lombardy regional governor Attilio Fontana told 102.5 RTL radio, though he stressed that the virus would likely regress within days due to the strict emergency measures.

The mayor of Milan, Beppe Sala, for his part, urged people to stay calm.

“We should spend time looking after the most vulnerable, such as old people, who are particularly at risk,” he said.

Health authorities are frustrated by their failure to identify how the outbreak in the north started.

Doctors say the focal point is the now closed-off towns in Lombardy, with the disease running amok as the first patients sought medical attention.