For the first time in 25 years I won’t be able to watch the world’s most spectacular fireworks in the flesh.

Like more than a billion people around the world, my viewing pleasure is reduced to a 55-inch high definition TV not experiencing the noise, smell and atmosphere of New Year’s Eve on Sydney Harbour.

While I can venture out to work for Sky News I can’t leave to enjoy a spectacle I just took for granted. In an ordinary COVID-free year, one million Sydney-siders would literally pack every square inch of the foreshores of Sydney Harbour to watch two of the world’s most iconic landmarks burst into light synchronised to the booming soundtrack of popular music past and present in two pyrotechnic spectaculars.

For tens of thousands of families, the 9pm fireworks is the first display many Sydney kids ever experience. COVID has thrown all these plans out the window. The 9pm event scrapped entirely, the midnight show cut to bare bones.

The New South Wales government has now twice fought off calls to cancel the fireworks entirely. 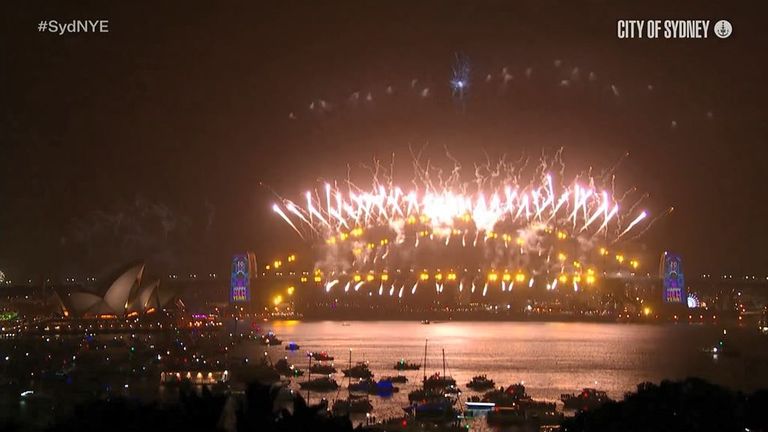 Twelve months ago massive bushfires threatened the event but it went ahead as planned.

COVID has done what fires could not – seen the complete lockdown of the Central Business District, the whole Northern Beaches district split in two, and everyday Australians barred from leaving their homes to watch New Year arrive with a bang.

But at least they’re going ahead, albeit a shortened, cheaper version and we can watch on the box!

For the heroes who fought the bushfires, the raging COVID pandemic has seen their promised front row seats at the fireworks this year put on hold. As the NSW State Premier, Gladys Berejiklian, announced the display was “too much of a health risk”.

Sydney-siders believed we were winning the war on COVID, but a fresh outbreak in the area where I live has seen the region split in two.

The beaches north of me, where Home and Away is filmed, are in complete lockdown, with residents unable to leave their homes until 9 January. I have no doubt many in the UK feel empathy for that.

In my portion of the Northern Beaches, we can venture out but nowhere near the fireworks on Sydney Harbour and preferably nowhere near our mates.

And in a final salute to the power of coronavirus to shake our world we’ve all been told no singing, dancing, hugging or kissing when the clock strikes midnight this New Year’s Eve. Goodbye Auld Lang Syne!