BioNTech says the COVID vaccine it has developed with Pfizer is likely to be as effective against the Indian variant of coronavirus as it is against the South African strain.

The company’s chief executive, Ugur Sahin, said he was encouraged by recent findings in a scientific paper – adding that his company’s jab is around 75% effective against the variant of the coronavirus first found in South Africa.

It comes as the UK’s medicine regulator approved new storage conditions for the COVID vaccine.

Mr Sahin said that the study preview had shown the antibodies triggered in the body by his vaccine were able to fight the strain first identified in India.

He said: “So far we’ve had the chance to test our vaccine against more than 30 variants of the virus. It has proven effective against mutations so far.”

The study preprint, which appeared in bioRxiv, found that while samples of the Indian variant were more resistant than previous strains, the antibodies triggered by the jab would still “neutralise” the virus.

Earlier, the World Health Organisation’s regional director for Europe said the jabs being used on the continent – including the Pfizer-BioNTech vaccine – appeared able to protect against the current variants in circulation.

The Medicines and Healthcare products Regulatory Agency (MHRA) has now said that the Pfizer-BioNTech jab can now be stored for 31 days at regular fridge temperature after being thawed.

Previously, the vaccine was only certified to be stored in such conditions for five days. 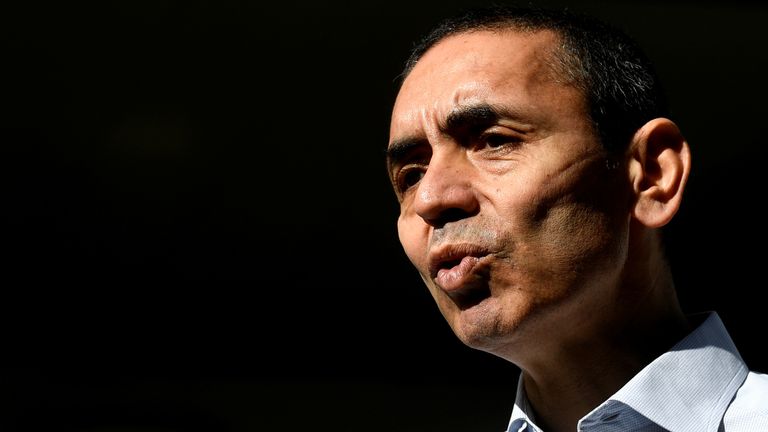 Dr June Raine, MHRA chief executive, said: “We are pleased to confirm that, having rigorously assessed the additional data submitted to us by the company, we have now approved more flexible storage conditions for the Pfizer-BioNTech vaccine.”

She added: “Now that the jab can be stored at normal fridge temperatures for up to 31 days, it can be used in a wider range of healthcare settings, giving patients greater access to the Pfizer vaccine.”

The easier storage conditions and hopeful results against the Indian coronavirus variant – also known as B.1617.2 – will buoy hopes following a rise in cases. 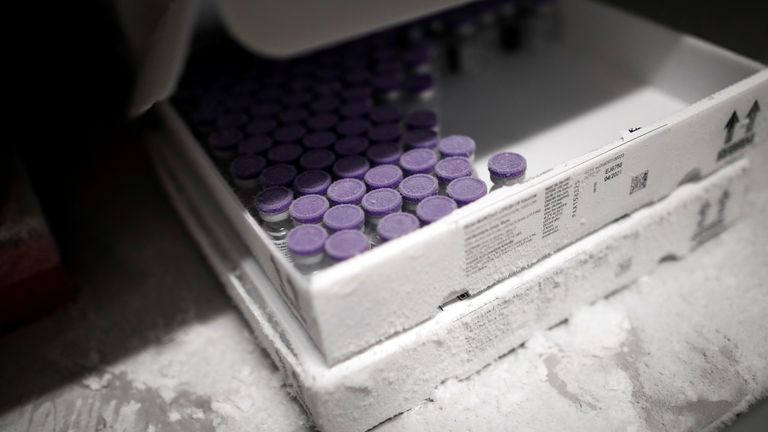 More than 37 million people have had a first dose of a COVID vaccine in the UK.

There are now 3,424 cases of the Indian variant nationwide, with surge testing being put in place in areas where it has been found.

India has suffered one of the worst coronavirus outbreaks of the pandemic, with hospitals running out of oxygen, and makeshift funeral pyres scattered around cities.