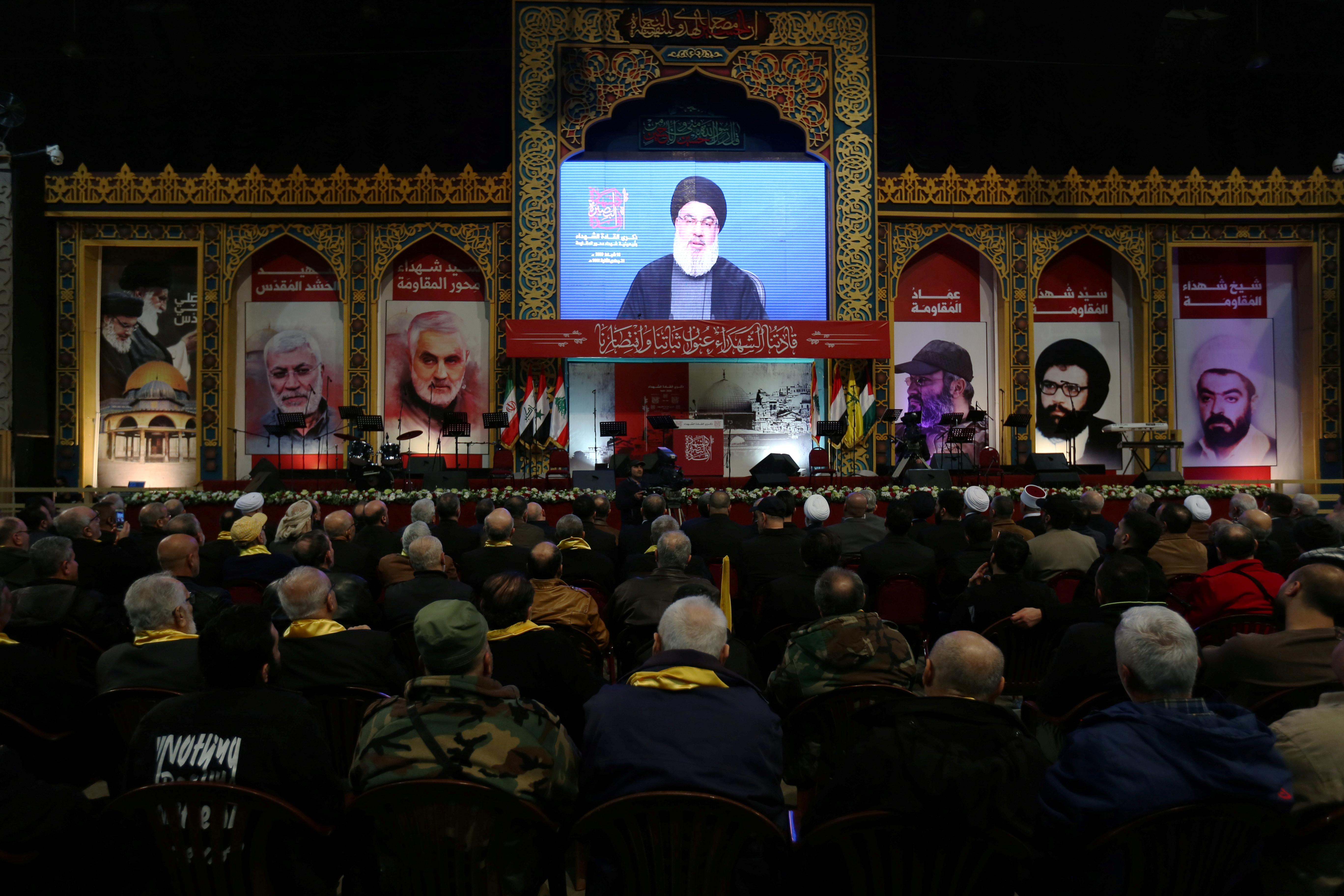 BEIRUT (Reuters) – Lebanon may not survive if its new government fails, the powerful Hezbollah warned on Sunday, urging the country’s divided politicians not to obstruct the cabinet as it seeks to address an unprecedented economic and financial crisis.

Hezbollah leader Sayyed Hassan Nasrallah also said there was no point in politicians trading blame over the causes of the crisis, after former prime minister Saad al-Hariri on Friday accused his rivals of pushing the country to near-collapse.

Banks are curtailing access to deposits, the Lebanese pound has slumped, inflation has spiked and firms are shedding jobs and slashing wages in a financial crisis. Hariri resigned last year amid mass demonstrations against the ruling class.

Hezbollah, heavily armed and backed by Iran, is one of the main backers of Prime Minister Hassan Diab’s cabinet which was formed last month after the failure of efforts to establish a new national unity cabinet led by Hariri.

Supporting the government was a “national duty”, Nasrallah said. “This is not a party matter. If this government fails, it is not known whether a country will remain for someone to ride in on a white horse and form a new government.”

Analysts have said Hezbollah’s role in forming the cabinet could make it trickier for Diab to secure badly needed financial support from Western and Gulf Arab states that are alarmed by the Tehran-backed group’s influence in Beirut.

Nasrallah said that while Hezbollah backed the cabinet, it was not “Hezbollah’s government”, adding that opponents who described the cabinet that way were making it more difficult to combat the crisis and damaging Lebanon’s international ties.

Speaking in Dubai, IMF Managing Director Kristalina Georgieva said Lebanon needed urgent and deep structural reforms. “We are sending a small team to Lebanon … “We’ll do our best to give a diagnostics recommendation on measures to take but the taking is in the hands of Lebanon,” she said.