A former technician of the nuclear plant, who asked to be called Serhii, revealed the horrors unfolding while fleeing Russian-occupied territory after a shell landed outside his home. The Zaporizhzhya plant is the biggest nuclear power plant in Europe and there are fears a nuclear accident may occur if it is hit by weaponry during Russia’s invasion of Ukraine.

Serhii spoke on the telephone with the Times and told the newspaper about the current situation in Zaporizhzhya.

The former power plant worker said: “I think about 70 percent of the staff have left, mostly the low-level workers.

“I don’t know if that means there are enough to keep the plant running, maybe.”

The former plant worker has said that senior workers have been taken away by Russians and have not been seen since.

Serhii also said the power plant has been repeatedly shelled during the occupation. 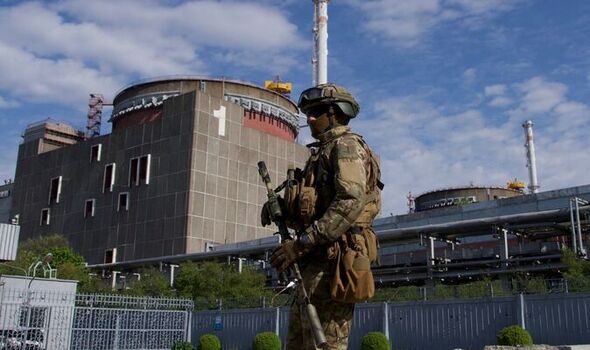 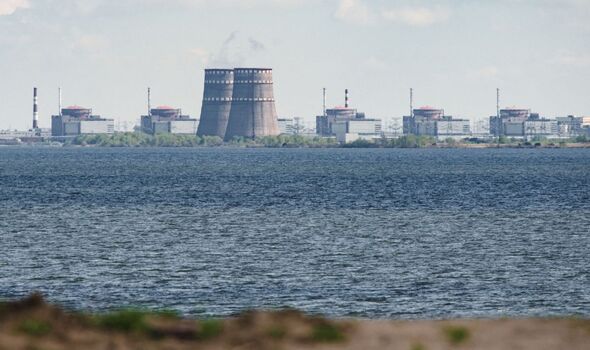 On Tuesday, the United Nations’s nuclear agency released its report on the safety conditions of the Zaporizhzhya power plant after visiting the site last week.

The UN’s report also went into detail about the current damage to the plant and said while shelling had not yet caused a nuclear emergency, there was a threat to safety that “may lead to radiological consequences with great safety significance”.

The report said: “The Ukrainian plant staff and managers reported to the team that 40 percent of positions in the area of physical protection were not currently staffed, which significantly increased the workload for existing staff to ensure continued physical protection at the site.”

Russia has accused Ukraine of hitting the area three times in one day, but Ukraine has said Russia is using the power plant as a shield in order to fire weaponry.

Both sides blame each other, however, the United Nations was careful to remain neutral on the issue during its report. 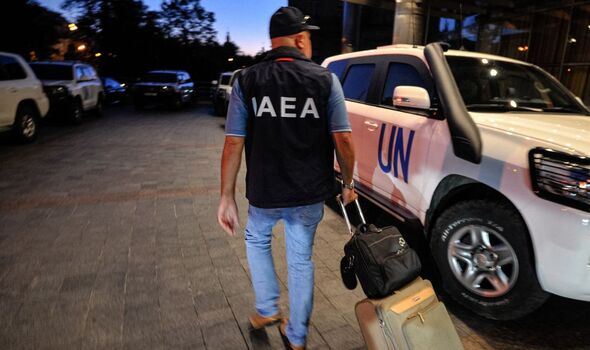 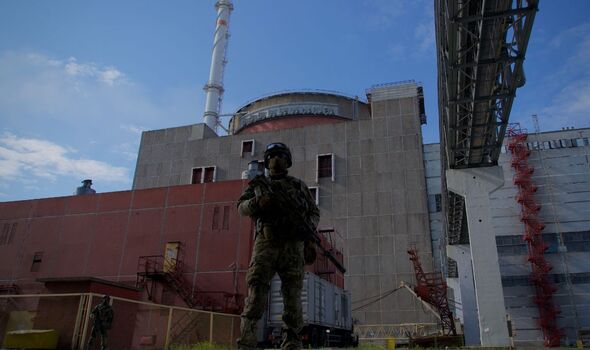 Ukraine officials have said that Ukrainian citizens are currently trying to evacuate the area surrounding the nuclear power plant after an explosion cut off electricity and water in Enerhodar, the town right next to the plant.

Deputy Prime Minister of Ukraine Iryna Vereshchuk has asked Russian authorities to allow civilians to leave the area, which is currently controlled by Russia.

She said: “People are turning to us en masse for help. They are trying to leave this dangerous territory.

“We once again appeal to the Russian Federation with the demand to provide us with a humanitarian corridor for the evacuation of women, children and the elderly.” 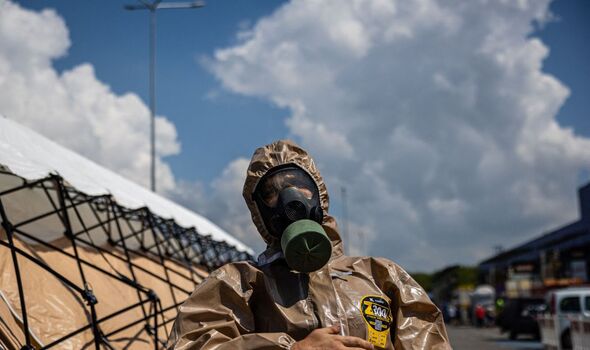 Those able to risk driving through areas which may be fighting zones will then queue at a checkpoint at the village of Vasylivka in order to be allowed into Ukraine territory.

Russian soldiers then check and search cars, and those fleeing have been waiting for up to five days to leave.

Serhii said that those with children are able to jump the queue, which is what he and his family did.

The former plant worker has also said he has had to lie about his occupation as Russia has banned any more nuclear power plant workers from leaving.

President Zelensky has warned this week that the power plant was in danger after shelling disconnected Enerhodar from the power grid.

The President said: “The last power transmission line connecting the plant to the energy system of Ukraine was damaged due to another Russian provocative shelling.”

He added: “Russia is interested only in keeping the situation the worst for the longest time possible.”