Cuba has successfully dealt with the pandemic outside of the capital, Havana, where new cases continue to be reported. 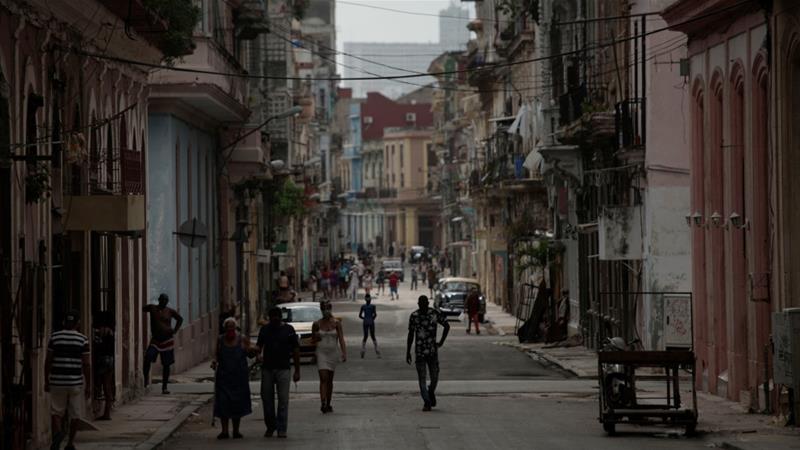 Cuban authorities have ordered a strict 15-day lockdown of Havana, seeking to stamp out the low-level but persistent spread of the novel coronavirus in the capital.

Aggressive anti-virus measures including closing down air travel, have virtually eliminated COVID-19 in Cuba with the exception of Havana, where cases have surged from a handful a day to dozens daily over the last month.

Starting on Tuesday, Havana was placed under a 7pm to 5am curfew. Most stores are barred from selling to shoppers from outside the immediate neighbourhood in order to discourage people from moving around the city.

Some Havana residents complained that the measures were complicating the already difficult task of buying food in a city stricken by constant shortages and long lines for a limited supply of basic goods.

“It’s a good cause, getting rid of all of this [coronavirus], but in the end they aren’t going to get rid of the lines,” Josuel Suarez, a 26-year-old engineer, told the Associated Press news agency. “The situation is already difficult, and on top of that these restrictive measures, and people have to eat, to resolve their problems.”

Others welcomed the tighter control.

“Many people don’t pay attention to medical advice. This is how we’re going to resolve this situation, which isn’t easy,” Rosa Rojas, an 80-year-old homemaker, told AP. “I go out because I need to, but there are people in the street with no reason, drinking rum and hanging out in parks without a face mask.”

Police stationed on every road leaving Havana are supposed to stop everyone who does not have a special permit to travel, meant to be issued only in extraordinary circumstances.

Some provinces that saw no new cases for weeks have begun detecting them in recent days, often linked to travellers from Havana.

The start of in-person classes was also indefinitely delayed in Havana, even as schools open normally in the rest of Cuba.

The island of 11 million people has reported slightly more than 4,000 confirmed coronavirus cases, with fewer than 100 deaths, one of the lowest rates in the region during the pandemic.

The government made face masks obligatory in the early stages of its pandemic response, and in the first months of the crisis police aggressively fined and even jailed people for violations.

That stance slackened somewhat as Havana moved out of the first, strictest phase of lockdown in July, public transportation restarted and people returned to work. Cases began to climb, and the capital province returned to phase zero last month.

But the measures failed to brake the rise of coronavirus infections, as authorities bemoaned widespread violations of requirements including wearing face masks, avoiding large gatherings and maintaining social distance. 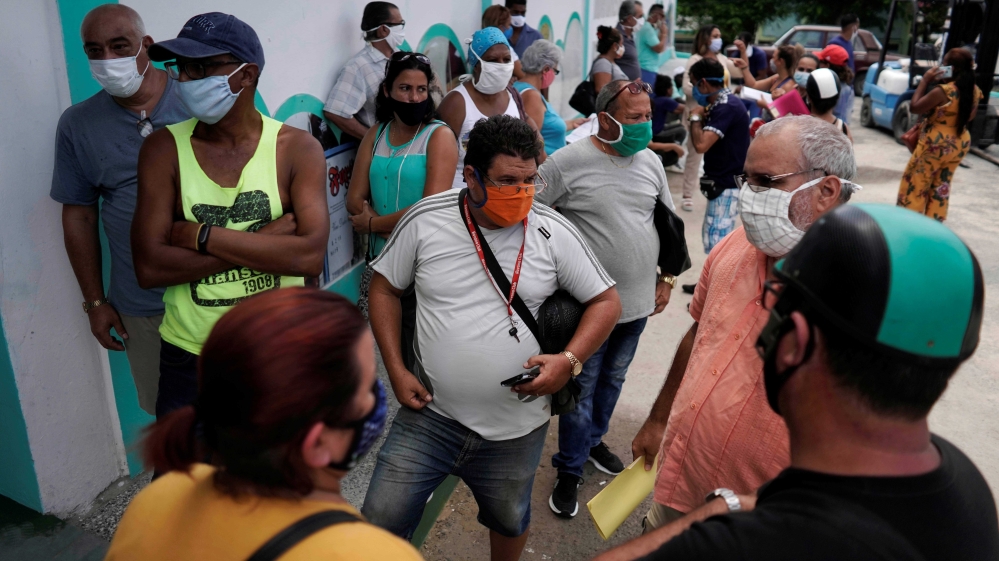 The government announced last week that for at least 15 days the capital would be placed under the strictest measures to date. These include fines of up to $125 per violation, more than triple the average monthly wage.

“We are going to demand people follow the rules with a lot of rigour so that our country sees the results it deserves,” said Dr Francisco Duran, the country’s head of epidemiology.