An Indian climate activist has been granted bail, 10 days after she was detained on sedition charges for allegedly creating and sharing a document on social media supporting farmer demonstrations.

Ms Ravi was arrested on 13 February at her home in the southern city of Bengaluru by New Delhi police – which sparked further protests as supporters called it “an unprecedented attack on democracy”. 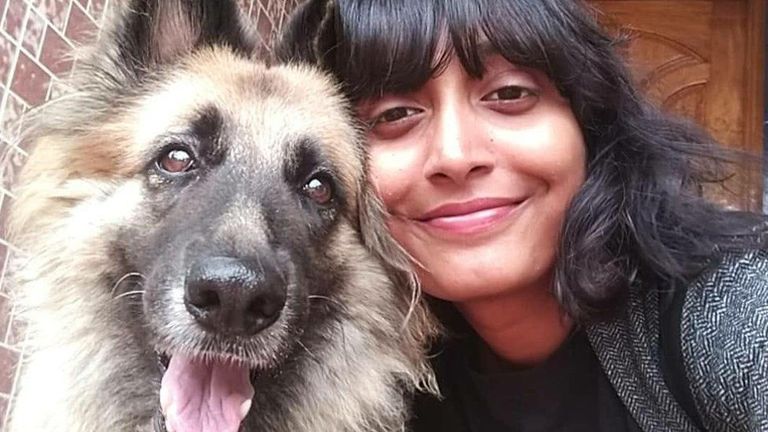 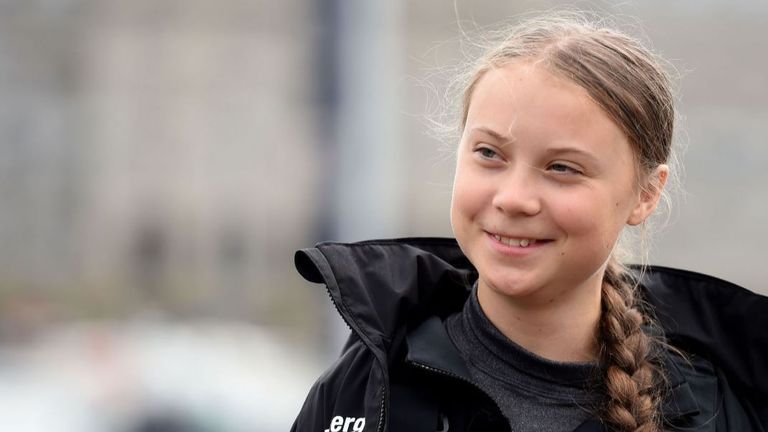 Officers who detained Ms Ravi for questioning said she was a “key conspirator” in the “formulation and dissemination” of a protest document, which the authorities are calling a “tool kit”.

They said the document, which was shared by Ms Thunburg on Twitter, spread misinformation about the months-long protests by farmers and “tarnished the image of India“.

The document is part of a police investigation into how a group of farmers stormed New Delhi’s historic Red Fort complex on 26 January, in one of the few violent incidents in otherwise peaceful protests.

Tens of thousands of farmers have camped outside New Delhi for four months – in one of the biggest demonstrations in the world – to protest against new agricultural laws they say will devastate their livelihood.

The protests have posed a major challenge to prime minister Narendra Modi’s Hindu nationalist government, which says the laws are needed to modernise Indian farming. 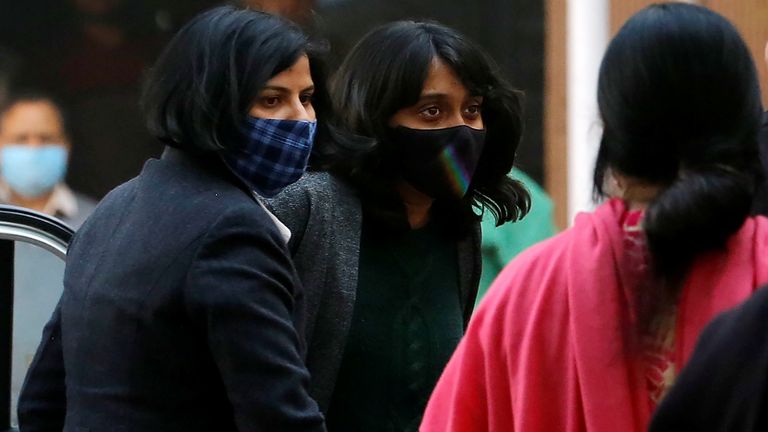 Police said the document Ms Ravi shared on social media indicated there was a “conspiracy” behind the violence in which one protester was killed and hundreds of police and demonstrators were injured.

But last week a judge, hearing Ms Ravi’s bail plea, called the police accusations “conjecture” after her lawyer argued that the “tool kit” was just a “resource document” that social activists often use for campaigning, and made no mention of violence or incited any unrest. 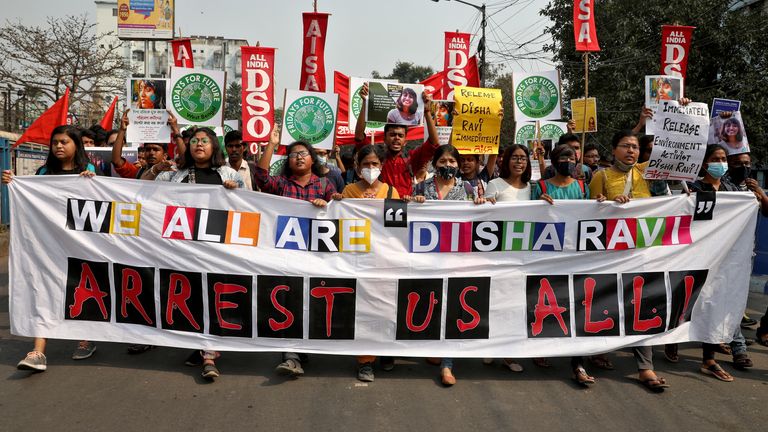 The case drew widespread condemnation in India and overseas – with critics and opposition parties saying her case highlights a growing crackdown on dissent under Mr Modi’s government.

Ms Ravi’s arrest came days after the government ordered Twitter to block certain accounts and charged journalists with sedition – a charge punishable by life in prison.