Pope Francis has opened a four-day summit to fight the sexual abuse of children by members of the clergy amid scepticism and anger over the mishandling of decades-long cases.

At the start of the summit on Thursday morning, Francis called on the church “to heal grave wounds the paedophilia scandal has caused to both the young and the believers”.

“The holy people of God are watching and waiting not for simple and obvious condemnations but concrete and efficient measures,” he said.

The unprecedented event at the Vatican was organised in response to a new spate of scandals in the United States, Chile and elsewhere, which exacerbated the Catholic Church’s decades-old paedophile priests crisis.

On the eve of the meeting, which brings together nearly 200 high-ranking Catholic Church figures, Indian Cardinal Oswald Gracias, the archbishop of Mumbai and one of the summit organisers, was also forced to admit that he failed to act immediately on sex abuse allegations under his watch, according to a BBC investigation.

One of the summit’s stated aims is to raise awareness of a global crisis in parts of the world, like much of Asia and Africa, where the issue is barely registering.

The summit’s website calls it a “meeting in solidarity, humility, and penitence”.

Some 114 head bishops from national Catholic Church organisations were invited to take part in the event and urged to meet abuse survivors before heading to Rome.

The summit is not expected to bring fundamental reforms called for by abuse victims, such as mandatory expulsion from the clergy of any predator priest and bishop who protects them.

Al Jazeera’s Rory Challands, reporting from the Vatican, said Francis knows “what is at stake” at the meeting, and wants to deliver concrete steps to address the scandal.

“These stories coming out, these kind of drip-feed of revelations and scandals for a long time now that have finally come home with this pope, and he has decided that this is the time that he is going to try at least to do something about it.”

The meeting is seen as a key test of Francis’s leadership. The pope’s record on fighting abuse is under close scrutiny amid continuing criticism of his papacy from conservative circles.

The 82-year-old hopes to raise awareness through prayers, speeches, working groups and testimonies from victims.

“My hope would be that people see this as a turning point,” said American Cardinal Blase Cupich, one of the pope’s trusted allies in the US and one of the summit’s four organisers.

The US Catholic Church has been shaken by one of the gravest crises in its history, with the defrocking last week by Pope Francis of a former cardinal – Theodore McCarrick – over accusations he sexually abused a teenager 50 years ago.

“It’s not the end game, no one can ever say that… [but] we’re going to do everything possible so people are held responsible, accountable and that there is going to be transparency,” Cupich told journalists before the meeting. 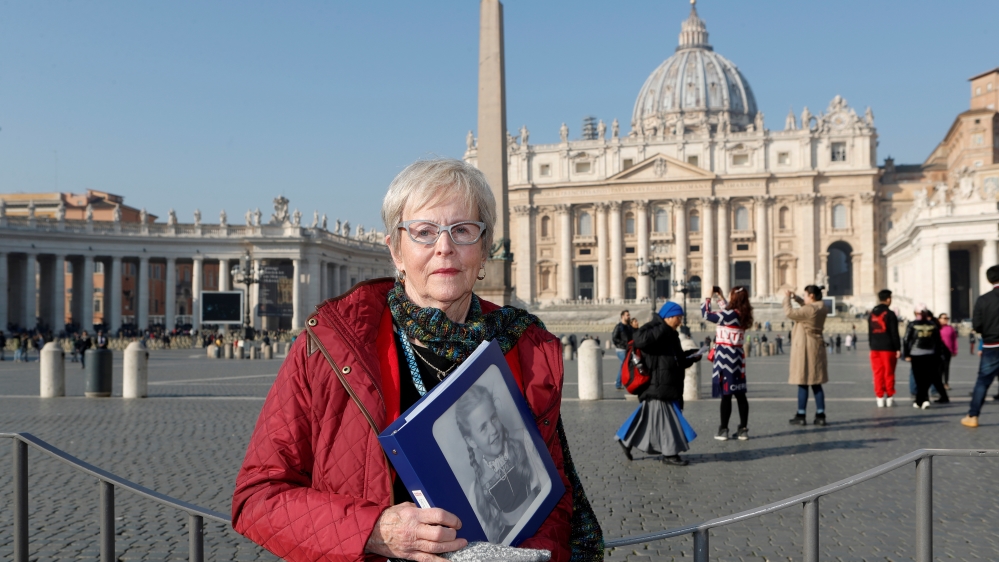 There are reforms in the pipeline, such as the “tweaking” of certain canon laws, according to another organiser, Maltese Archbishop Charles Scicluna.

But the suggestion that church laws need only fine-tuning has angered many, including Anne Barrett Doyle, the codirector of BishopAccountability.org, a public database that documents cases of proven or suspected cleric sex crimes.

“Canon law has to be changed: not tweaked, not modified, but fundamentally changed, so that it stops prioritising the priesthood… over the lives of children and vulnerable adults who are sexually assaulted by them,” she said.

Scicluna insists that summoning church leaders from all continents to Rome “is in itself a very important message”.

The Maltese spent 10 years as the Vatican’s top prosecutor on paedophilia cases and was picked by Francis to travel to Chile last year to hear from victims whose voices had previously been silenced by an internal church cover-up.

Scicluna has called for an end to the code of silence and culture of denial within the centuries-old institution.

“Silence is a no-go, whether you call it omerta or simply a state of denial,” he said this week.

“We have to face facts because only the truth of the matter, and confronting the facts, will make us free,” he added.

Tom Doyle, a victim’s advocate, is sceptical that anything of substance will come out of the meeting.

Doyle, 74, lost his job as a canon lawyer in the Vatican embassy soon after a 1985 sex abuse report was made public, and eventually decided he could not continue working as an active priest, he told Reuters news agency.

“They’re going to pray and they’re going to meditate. But it’s totally useless,” he said. “You shouldn’t have to have something like this in 2019. These men should know right out of the gate that if you have a priest who’s raping children, you don’t allow them to continue.”