QUETTA, Pakistan (Reuters) – Pakistani doctors went on strike at two hospitals in southwestern Quetta on Tuesday, a day after police used force to break up and detain medics protesting against a lack of gear to protect them against the coronavirus. 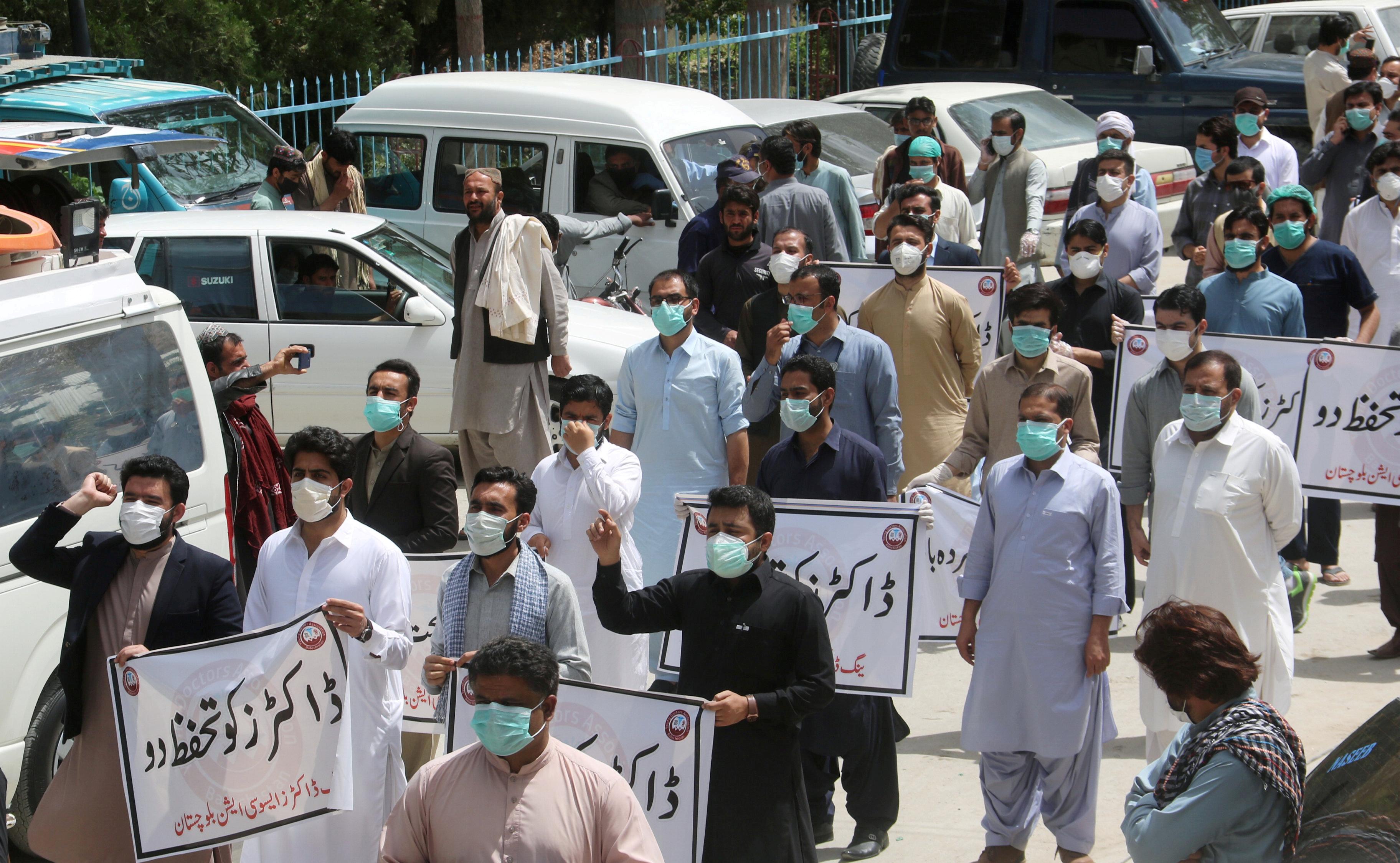 Hundreds of doctors and paramedics protested on Monday against what they said was failure by the government to deliver promised supplies. At least 30 doctors were detained by riot police for defying a ban on public gatherings during a lockdown introduced to fight the spread of the virus.

“We are on strike for the protection of our doctors and paramedics,” one of the detained doctors, Hanif Luni, a leader of the association that arranged the protest, told Reuters on the phone from his police holding cell.

He said that doctors stayed on duty in the cardiac and gynaecology departments for emergencies, adding that the strike had spread to other parts of the province of Balochistan, of which Quetta is the capital.

Pakistan has reported close to 4,000 coronavirus cases, including 54 deaths, of which over 200 cases are in under-developed Balochistan.

An official with Balochistan’s health department, Dr Wasim Baig, said 14 doctors and 10 other medical workers had been infected by the virus in the province.

The provincial government says doctors working with coronavirus patients had been provided with protective gear and that the protesting doctors were not dealing with infected patients.

The spokesman for Pakistan’s disaster management authority, which is steering the country-wide effort to combat the virus, said Balochistan was given more safety kits than it needed for its frontline medical staff, including masks, coveralls, gloves and goggles.

“Our first priority is to cater to frontline doctors and staff,” spokesman Saqib Mumtaz told Reuters, adding that those not on coronavirus duty had also been given what they needed and would get more.

Related posts:
Recent Posts
Latest Posts
Law Firms Pay Supreme Court Clerks $400,000 Bonuses. What Are They Buying?
Worried Prince Charles issues video warning over climate change ‘catastrophe’
Tencent says WeChat will struggle to attract new U.S. users while White House, courts spar over ban
Biden Has $466 Million in Bank, and a Huge Financial Edge on Trump
World’s biggest banks ‘allowed criminals to launder dirty money’, leaked documents allege
This website uses cookies to improve your user experience and to provide you with advertisements that are relevant to your interests. By continuing to browse the site you are agreeing to our use of cookies.Ok