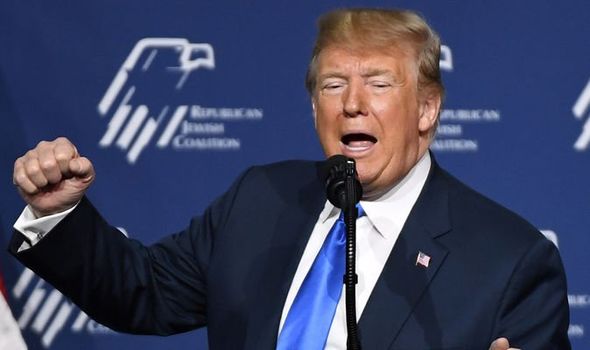 The Brussels bloc earlier this month already rejected parts of the contentious US plan, saying it was too far removed from “internationally agreed parameters”. In the letter published on Thursday by French newspaper Le Monde and other European news outlets, the former ministers rejected Mr Trump’s plan for Israel and Palestine, which was announced in January and proposes a two-state solution.

Mr Trump’s proposals risk pouring fuel on the conflict at the expense of both Israeli and Palestinian civilians by annexing large swathes of occupied Palestine territory under permanent Israeli control and is not a legitimate solution, they said.

“The plan envisages a formalisation of the current reality in the occupied Palestinian territory, in which two peoples are living side by side without equal rights. Such an outcome has characteristics similar to apartheid – a term we don’t use lightly,” they warned.

“The plan recognises only one side’s claim to Jerusalem and offers no just solution to the issue of Palestinian refugees.”

In light of “the urgency of the situation,” the signatories also urged Brussels to “reject the US plan as a basis for negotiations and to take immediate and effective steps to counter the threat of annexation – and thereby preserve the international rules-based order”.

“To build a just and lasting peace, the unresolved final status issues must be decided through direct negotiations between both parties,” the bloc’s foreign policy chief Josep Borrell said, adding that the issues of the borders of a Palestinian state and the final status of Jerusalem were among those still in dispute.

Concrete efforts by Israel to annex Palestinian territory, “if implemented, could not pass unchallenged,” he continued.

EU policy in the Middle East tends to be cautious, as the bloc includes members with varying degrees of sympathy towards the Palestinians and Israelis.

Some EU nations have already recognised a Palestinian state, though the bloc as a whole says this is a matter that can only be resolved in peace talks.

The Palestinians and Arab League foreign ministers, for their part, have rejected the plan outright and the Palestinian Authority has cut all ties with the US and Israel.

Palestinian President Mahmoud Abbas, for his part, slammed what Mr Trump referred to as the “deal of the century,” describing the plan as the “slap of the century”.