STAINS, France (Reuters) – On April 5, 61-year-old Mang Phother felt his breathing getting worse and worse. Two days later he was rushed to a hospital in Paris’ northern suburbs and found himself battling COVID-19 from an intensive care bed. 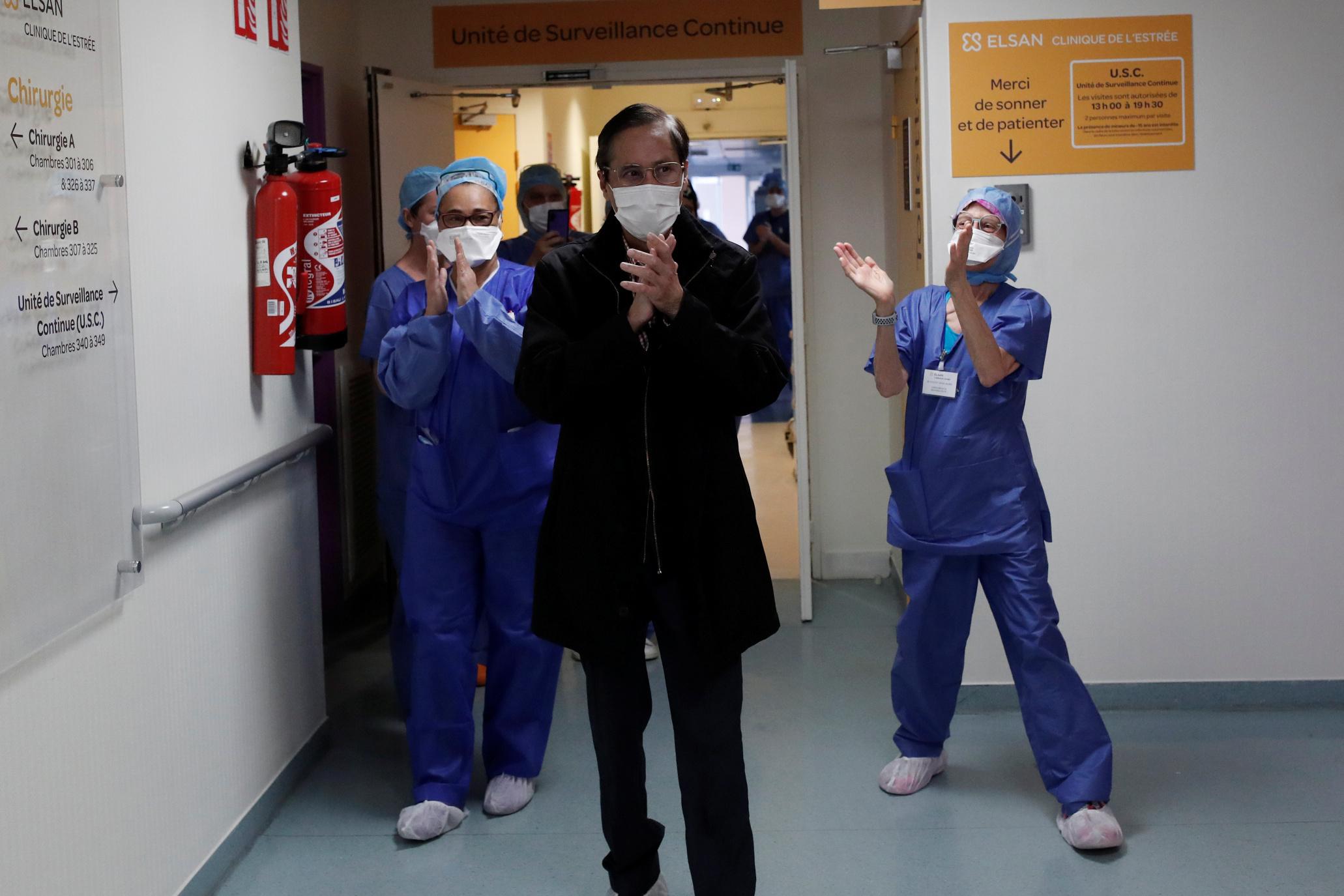 Just over two weeks later, the hotel worker of Cambodian origin was sitting on his couch at home next to his wife with just one message: Don’t give up!

“I didn’t think I would come out,” he told Reuters as he left the hospital earlier. “Thanks to everybody who brought me the joy of life.”

Emotionally and physically drained, Phother is one of dozens of people across France who have left overwhelmed intensive care units in recent days as the country begins to turn the tide after more than 21,000 deaths from the virus.

At the L’Estree clinic in Stains, the hospital staff, who put together an intensive care unit in 72 hours last month as the virus spread rapidly through the area, are torn.

Their happiness that Phother has recovered is tempered with a few tears because the man who became a kind of mascot in their fight against the virus is leaving.

“It’s emotional and sad not to see him anymore, but I’m happy that he is better,” said Widad Abdi, an anaesthetist-intensive care doctor. “Today hope is back.”

For the COVID unit, Phother was the first person to make it out of the hospital after being seriously ill.

They hope this will provide new momentum for an area where the coronavirus mortality rate has been much higher than in the more affluent capital on the other side of the ring-road.

Christine Anest, 82, is another patient who could soon leave after spending several days fighting for her life.

“When I think about it, I may have had a close all. That’s why we have to tell people as soon as there’s any little thing, you should worry about it. Sometimes we think it’s going to pass but it could be serious,” she told Reuters.

Back at home, Phother is already thinking about returning to work after defeating the “filthy virus”, but his message is clear for all those who may yet face the ordeal he endured.

“To the other patients, stay courageous, keep hope. You’ll get through it with bravery and hope. You’ll make it,” he said.