ABOARD ECUADOREAN NAVY AIRCRAFT (Reuters) – Ecuador’s navy is conducting surveillance of a massive Chinese fishing fleet that is operating near the protected waters of the Galapagos Islands, amid concerns about the environmental impact of fishing in the area of the ecologically sensitive islands. 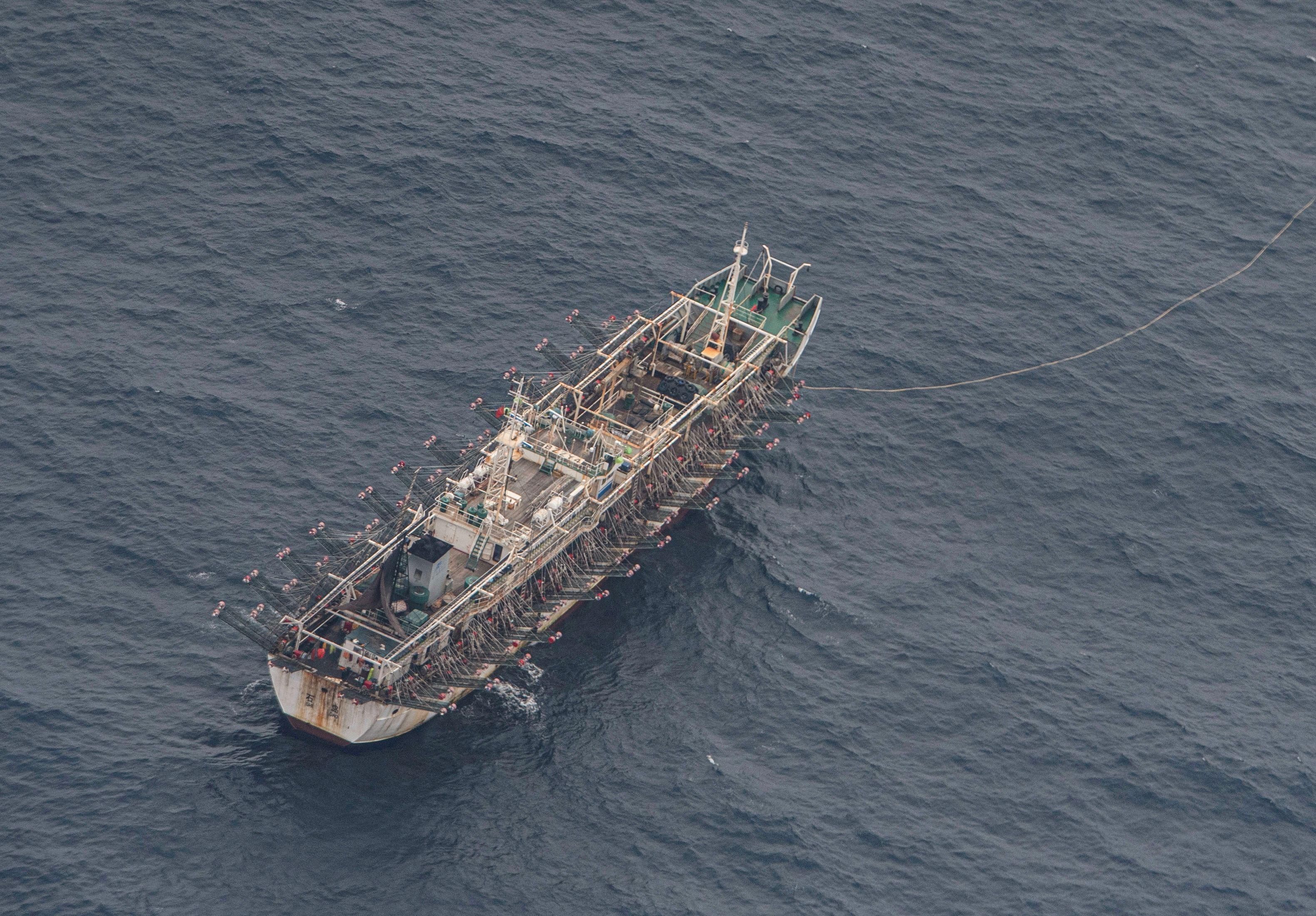 The navy conducted a patrol mission on Friday that included a flyover of the region where the hulking vessels are fishing, as well as reconnaissance by military patrol ships. A total of 340 vessels are currently in the area, the navy said, compared with some 260 reported last month.

Images taken as part of the flyover, which included journalists, showed that at least one of the vessels appeared to be ageing and in need of maintenance.

Ecuador’s Navy Commander, Rear Admiral Darwin Jarrin, said the navy has approached Colombia and Peru to share information and seek a regional response to the vessels, most of which can hold up to 1,000 tonnes of catch.

The fleet generally spends several weeks fishing off the coast of Peru before approaching the Galapagos.

The fishing fleet has since 2017 been arriving in the summer months and fishing just outside the Galapagos territorial waters, drawn by marine species such as the endangered hammerhead shark.

Such fishing is not illegal because it takes place in international waters. But environmental activists say it allows fleets to take advantage of the abundant marine species that spill over from the Galapagos and cross into the unprotected waters.

“This is not something that will change overnight,” said Ecuadorean Foreign Minister Luis Gallegos in a television interview on Sunday. “It is necessary to … generate bilateral agreements with other countries with regards to illegal fishing, to monitor every ship that’s in the South Pacific.”

A Chinese vessel in 2017 was captured in the Galapagos Marine Reserve carrying 300 tons of marine wildlife.

China has promised a “zero tolerance” approach to illegal fishing and has proposed a moratorium on fishing in the area between September and November. The fishing fleets usually leave the area before that period.

The Galapagos Islands, which lie some 1,000 km (620 miles) from Ecuador’s coast, are home to many unique species, including giant tortoises, and served as inspiration for 19th century British scientist Charles Darwin’s theory of evolution.