Located on the Giza Plateau, the Great Pyramid is believed to have been constructed during the Fourth Dynasty, for the Pharaoh Khufu. In 2013, a team of archaeologists discovered hundreds of papyrus fragments that detailed how the pyramid’s limestone blocks were transported from a nearby quarry by boat along the Nile. Numerous theories exist about how the ancient monument was then built, but most archaeologists believe each of its 2.3 million stone blocks were cut, transported and positioned into place by workers using a large external ramp.

Egyptologist Mark Lehner runs the Giza Plateau Mapping Project, excavating and mapping the ancient city of the builders and explained during Naked Science’s ‘Pyramids’ documentary why there are still loose ends.

He said: “My approach to the question was – where are the quarries?

“What kind of ramp can you get from the quarry to the pyramid in a functional slope?

“It’s not a problem that has been totally solved and I’ve given my suggestion based on the landscape, but a lot of it is inference.” 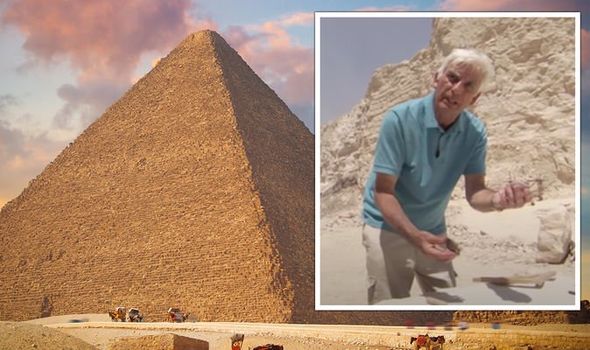 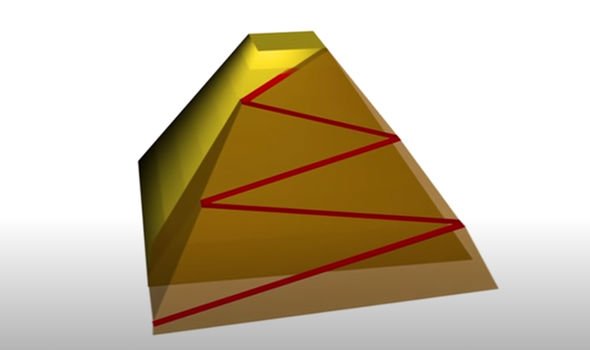 Mr Lehner, along with Dr Zahi Hawass, discovered a “workers’ cemetery” in 1990.

Archaeologists now believe that the Great Pyramid of Giza was built by tens of thousands of skilled workers who camped near the pyramids and worked for a salary.

The documentary explained how “fragments of evidence” have been found suggesting that ramps and “sheer muscle power” were used to pile millions of blocks on top of each other by these workers.

But “a large proportion” of the internal stones were only roughly finished to allow them to achieve such a feat.

The gaps between them were “filled with rubble and gypsum mortar” but every stone that would be visible from the outside was placed with “amazing precision”.

Egyptologist Denys Stocks explained: “In between the blocks were stuffed lots of limestone chipping mixed with huge dollops of mortar.

The sides of these blocks had to be almost perfectly flat – a precision achieved using “the most rudimentary of tools”.

Mr Stocks carried out an experiment during the show on how the workers found out if a block was “truly flat”.

He said in 2016: “By using a third rod – the same length as the other two rods joined by the string – we can see if it slips under. 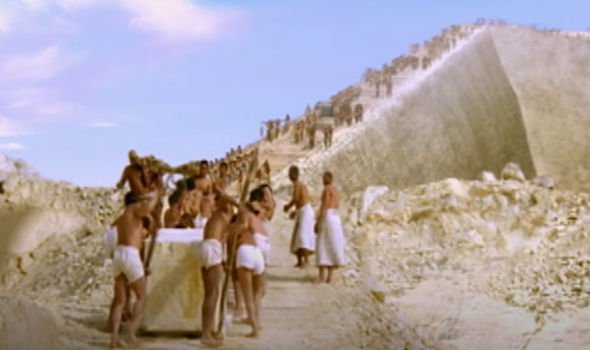 “We’ve got a bit of a high spot there – in ancient times they would mark that by putting some red ochre on to remind the worker where to go to.

“They would then go further along the string.

“Using two further tools – a flint scraper and a sandstone rubber – we can use the marks as a guide to scrape away the high point.

“The mark disappears, as does the high spot.”

But not everyone agrees that the mystery is fully solved, including structural engineer Peter James.

He has spent the last 14 years working on preserving the historic buildings and temples of Egypt with his company Cintec. 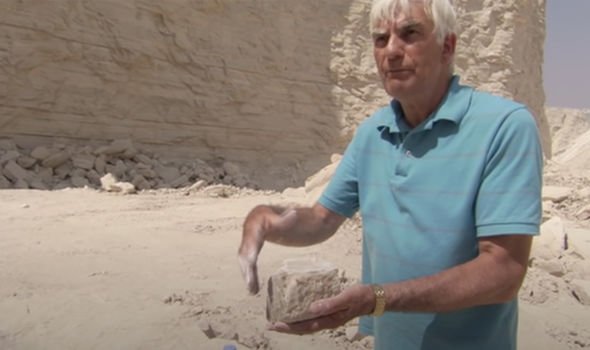 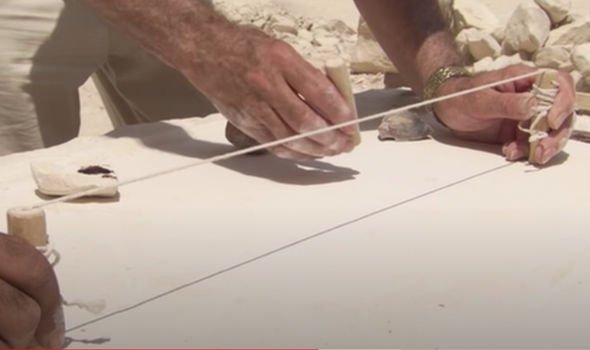 He told Express.co.uk previously: “This theory leads to the question of how many men were needed to build the pyramids.

He believes these numbers are “staggering,” adding it would be “difficult to imagine how all these labourers would be able to work on such a confined site”.

He stated: “The process of quarrying would not be able to supply the number and quality of stones using this method, even if they were available within the time frame.

“The stones would have to be cut from the quarry face, therefore access would be the limiting factor, not the number of workers.

“The quarrymen would get in each other’s way. A face would have to be worked and totally removed before the next face was exposed.”