Tutankhamun was an ancient Egyptian pharaoh who was the last of his royal family to rule at the end of the 19th Dynasty during the New Kingdom. Known as “the boy king,” he inherited the throne at just nine years old and mysteriously died less than a decade later, with his burial rushed and his legacy seemingly wiped, leading many to claim he was murdered. In 1922, Howard Carter discovered King Tut’s tomb in the Valley of the Kings, but the incredible breakthrough would come at a shocking price, exposing the tale to the whole world and sensationalising the “Curse of the Pharaohs”.

Reports at the time claimed that the tomb was engraved with a curse promising that “death shall come on swift wings to him who disturbs the peace of the king,” and whether the curse was real or not, that promise would be fulfilled.

The first of the mysterious deaths was that of Lord Carnarvon, the man who sponsored Mr Carters’ dig.

He was bitten by a mosquito, and the bite became infected after he shaved.

Almina Herbert, Countess of Carnarvon, detailed the events of her father’s passing during Channel 5’s new documentary ‘The Curse of King Tut’. 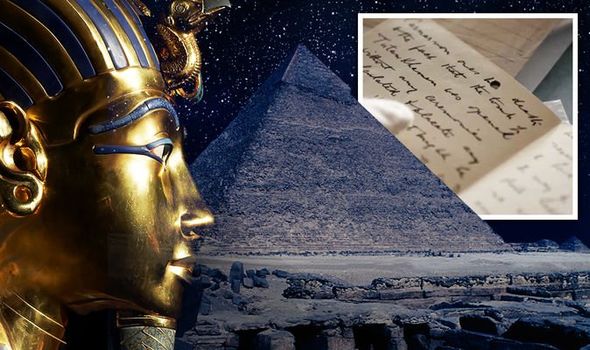 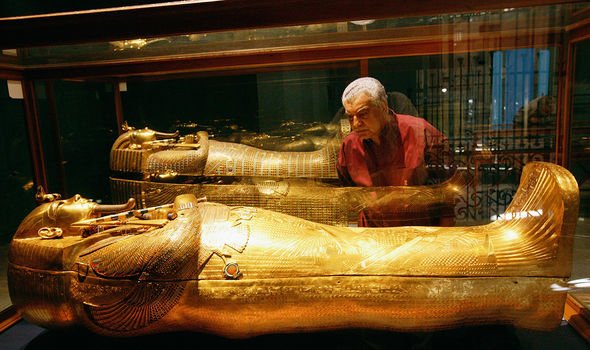 She said: “Sadly he died on April 6, 1923, and by some mischance, or not, the lights in Cairo went out that night and his dog, Suzie, howled and died at the same time.

“It was respect for the past, I think, we don’t know what happens after we die.

“It seems so sad that Lord Carnarvon died in the hour of his triumph.

“He had made the most extraordinary discovery of all time.” 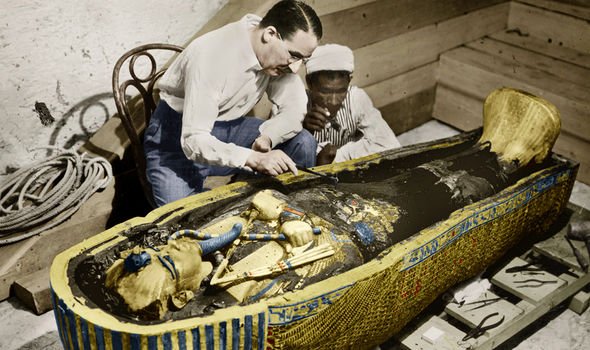 He said: “It’s difficult to imagine a more perfect storm in the sense of the creation of a curse narrative than Lord Carnarvon’s death hot on the heels of the discovery of the tomb.

“It fits a preconceived narrative of mystery, danger and threat and it runs like wildfire through the press.”

Birkbeck University Professor Roger Luckhurst explained why the public was so fascinated by the story.

He said: “We also, as a culture, really like stories about bad luck befooling very rich people.

“We love it. That sense of revenge, justice – a natural justice – that is hitting back.

“Curse stories are nearly always told by the poor, the oppressed.” 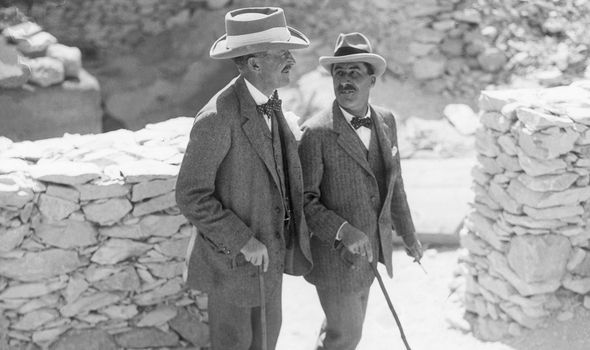 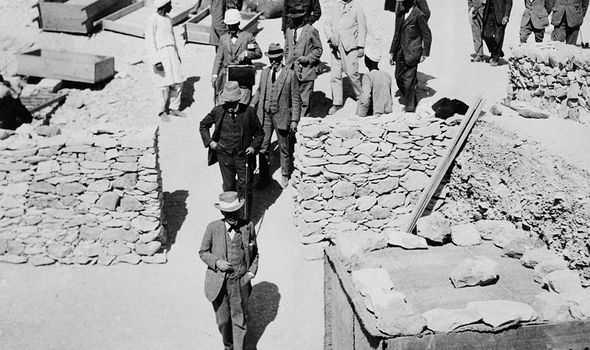 As Tutankhamen’s body was removed from the burial chamber, the public, in increasing numbers, believed that Lord Carnarvon had paid the price for disturbing the dead pharaoh.

World War 1, which had ended four years earlier, rekindled an interest in spiritualism and historian Elizabeth Fleming revealed an incredible letter found from one woman who claimed she knew how to break the curse.

Ms Fleming said during the show: “We have a group of one-sided correspondence.

“As far as we are aware, but they were sent by a lady who adopted the name Stella Maris and she was a renowned spiritualist.

“Spiritualism would have been very popular during this period following World War 1, where a lot of young men died.

“Parents, wives were very keen to reconnect with the recently departed. 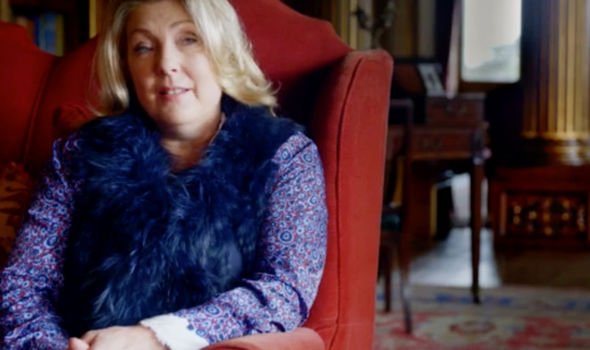 “Stella writes, I believe, that Lord Carnarvon owes his death to the fact that the tomb of Tutankhamen was opened without any ceremony to placate and kar or kars (spirits).

“And she says that to satisfy the spirits which were guarding the tomb that an offering of wine, oil or milk should be poured on the threshold and then Carter and his team would be able to proceed without any further hindrance.”

But Mr Carter would never acknowledge the possibility of a curse and the series went on to reveal how a number of other deaths were soon recorded.

The narrator said: “Carter dismissed the curse as ridiculous and continued working on the tomb while the press outside pursued it relentlessly.

“It would be a matter of weeks before Tutankhamen would claim his next victim.

“In May 1923, George Jag Gould, an American railroad mapper died of pneumonia after visiting the tomb. 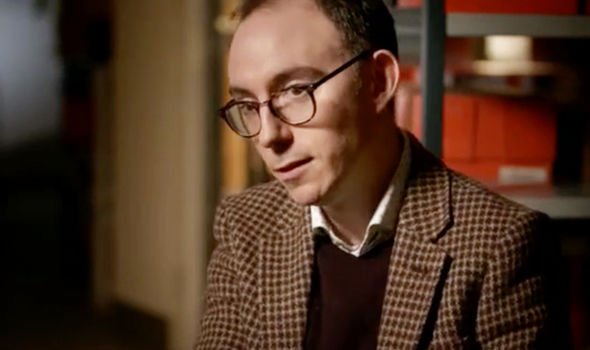 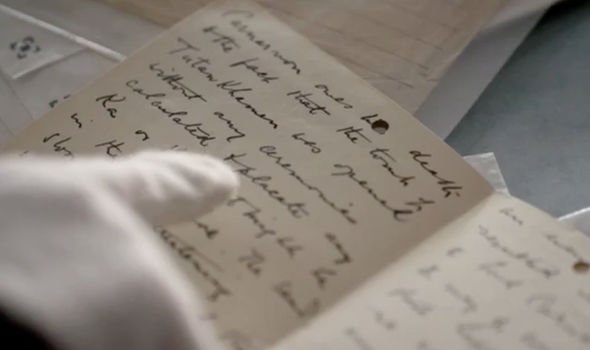 “July that same year Egyptian playboy Prince Ali Kamel Fahmy Bey, after seeing the tomb, was later shot by his wife in the Savoy Hotel.

Today, scientists believe the so-called curse is actually due to decomposed organic material that can enter open wounds and spread infection.

However, not all deaths can be accredited to this, in addition to the bizarre experiences some researchers still have following the openings.

Some have detailed very vivid dreams, claiming to be “haunted” by the mummies they apparently disturbed.