Prince Charles and Camilla, Duchess of Cornwall will be the first members of the royal family to leave lockdown and attend a major event when they welcome French President Emmanuel Macron to the UK next week. Charles and Camilla will travel from Scotland to London, where the official greeting will take place at Clarence House on Thursday, June 18.

Clarence House said in a statement: “The President of the French Republic will visit London on Thursday 18th June 2020 to celebrate the 80th Anniversary of General de Gaulle’s ‘Appel’ to the French population to resist the German occupation of France during WWII.

“On behalf of Her Majesty’s Government, Their Royal Highnesses The Prince of Wales and The Duchess of Cornwall will formally receive President Emmanuel Macron at Clarence House with a Guard of Honour found by Number 7 Company Coldstream Guards accompanied by the Band of the Coldstream Guards.”

Mr Macron is also reportedly visiting the capital to honour the city and the country as a whole by awarding London France’s highest decoration – Legion d’Honneur.

The prince and his wife have spent almost three months at Birkhall in Scotland, where the heir to the throne recovered from COVID-19 after he contracted the virus in March, suffering with mild symptoms.

Read More: Germany and France must do THIS for EU ‘survival’ or nations will exit 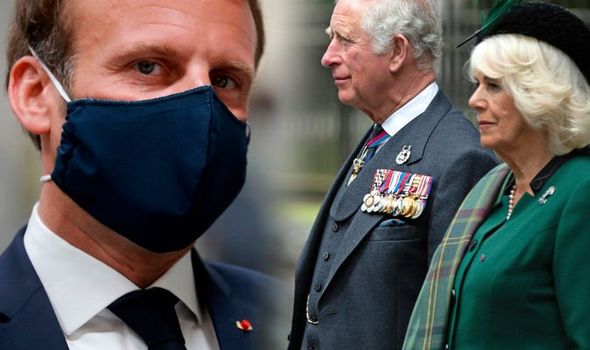 Why will Emmanuel Macron be exempt from quarantine rules?

Mr Macron will not have to undertake the 14-day quarantine required of arrivals into the UK it has been revealed.

Asked if the French president would be subject to quarantine rules, a spokesman for the Prime Minister said: “No, he won’t.

“As we set out in the guidelines when they were published, the French delegation will fall within the exempted category of representatives of a foreign country or territory travelling to undertake business in the UK.” 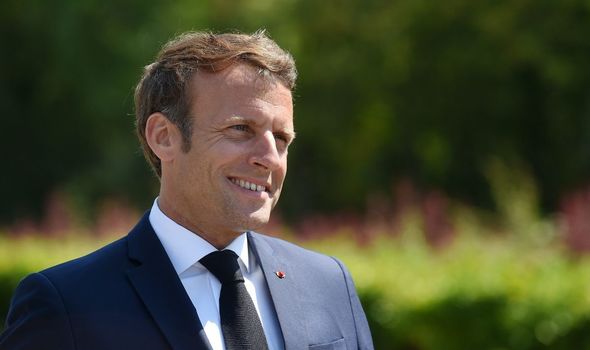 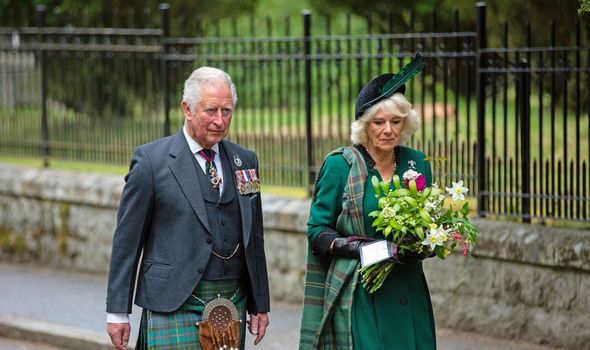 Currently, all arrivals to the UK have to quarantine for 14-days, but there are some exemptions for certain people.

This includes drivers of goods vehicles or public service vehicles, defence personnel or for the category Mr Macron fits into – representatives at an international or UK conference granted privileges and immunities.

A Clarence House spokeswoman said Government guidelines on social distancing would be followed and part of the welcome would be staged in the open air.

It is thought the prince and the president have met on a few occasions, the last time in January when the two men sat side by side at a global event in Jerusalem marking the 75th anniversary of the liberation of Auschwitz.

The Queen has been staying at Windsor Castle with the Duke of Edinburgh, where she has continued her state duties, working remotely and holding audiences and meetings via telephone.

The Duke and Duchess of Cambridge have also been carrying out virtual visits to care homes, hospitals and other organisations during the lockdown.

Charles even virtually opened one of the UK’s new Nightingale Hospitals – specially constructed to treat those with coronavirus.

However, the event is not expected to be the start of a return to regular public duties, although a number of low-key events are also planned for next week.