Mr Michel, who became Prime Minister of Belgium in October 2014, was attacked by anti-austerity activists just two months into his premiership. Four activists showered him in fast food while yelling “Michel out, austerity out” as he was giving a press conference speech in the southern city of Namur. The female protestors were dressed in black and reportedly part of the activist group LitihS, formerly the Belgian branch of the international protest group Femen, known for their topless protests.

However, the demonstrators were quickly tackled by security guards and Mr Michel was escorted out of the room.

Mr Michel, who kept a smile on his face throughout the assault, later restarted his speech in his mayonnaise-stained suit, apologising for the smell to his audience.

The incident, which took place the day after Mr Michel turned 39, was the most recent in a string of food-related protests in Belgium.

Former French president Nicolas Sarkozy and Microsoft founder Bill Gates were both hit with custard pies when they visited the country. 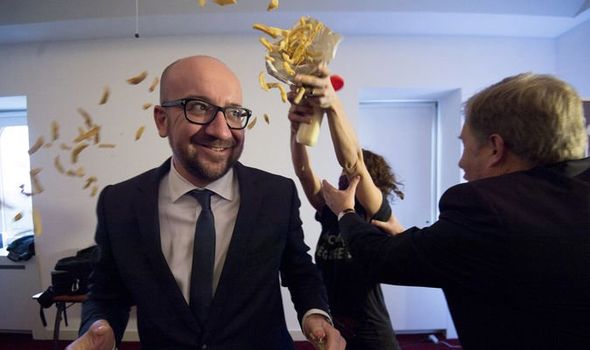 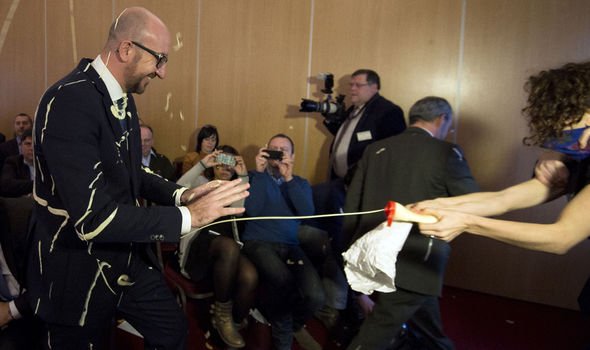 Mr Michel’s attack came after the coalition he led announced its intention to raise the retirement age in Belgium to 67, scrap plans for a usually automatic cost-of-living raise next year and cut public-sector spending.

This sparked rounds of strikes from labour unions, as well as demonstrations including a march of more than 100,000 people in Brussels.

In Belgium, the government is usually made up of a coalition of parties, which represent a region/language, as well as a political position – ie. the French liberals or Flemish conservatives. 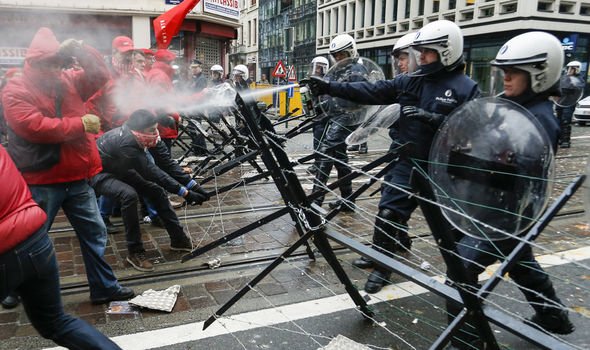 It was unusual because of the imbalance of MR being the only French-speaking party in a coalition of three Flemish parties, and because he was only the second ever French liberal to be Prime Minister.

Many people thought the coalition would not last long and dubbed it a “kamikaze” formation.

Mr Michel also faced criticism for working with N-VA, a Flemish separatist party, who French-speaking parties had previously refused to work with. 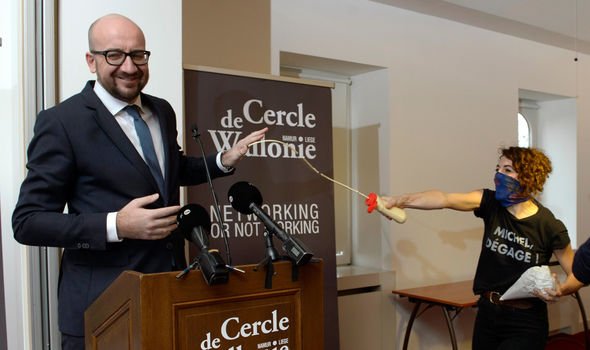 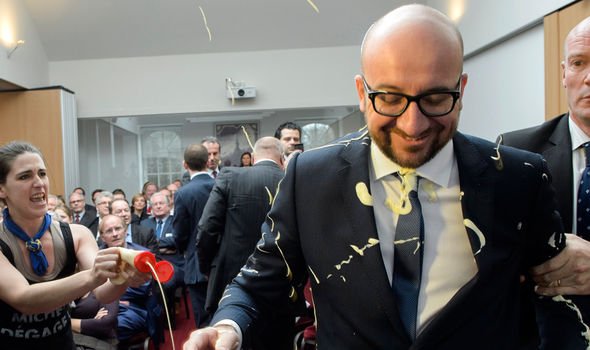 However, the coalition held out for four years before N-VA quit the coalition in 2018 over Mr Michel’s support for the UN Global Compact for Migration.

He tried to form a minority government with the three remaining parties but it was rejected by Parliament.

He offered his resignation to the King in December 2018 after his government collapsed, but stayed on as caretaker leader until October 2019.

On December 1, 2019 he replaced Donald Tusk as the European Council President.

The new leadership will be key in ongoing Brexit negotiations, which Prime Minister Boris Johnosn hopes to complete before the end of the transition period at the end of 2020.

If a new trading relationship is not arranged by then, the UK risks leaving the EU with no deal.

Meanwhile, Mr Michel has been replaced by Sophie Wilmes as Prime Minister of Belgium.

She is currently leading a caretaker while negotiations continue to form a new coalition government.