According to the report by CNN who spoke with the Polish Ministry of Defence, the agreement is expected to be officially announced in Poland on Wednesday. It is expected that Warsaw will purchase 980 tanks, based on the South Korean K2 model, 648 self-propelled K9 armoured howitzers, and 48 FA-50 fighter jets.

The MoD would not confirm the value of the deal.

According to the MoD, the first 180 K2 tanks, made by Hyundai Rotem and equipped with auto-loading 120mm guns, are expected to arrive this year, with the production of 800 upgraded tanks starting in 2026 in Poland.

The first 48 K9 howitzers, made by Hanwha Defence, are also expected to arrive this year, with delivery of a second batch of 600 due to start in 2024.

According to the MoD, these will be produced in Poland from 2025.
The report stated that these armoured vehicles would, in part, replace the Soviet-era tanks that Poland has donated to Ukraine to use in its fight against Russia. 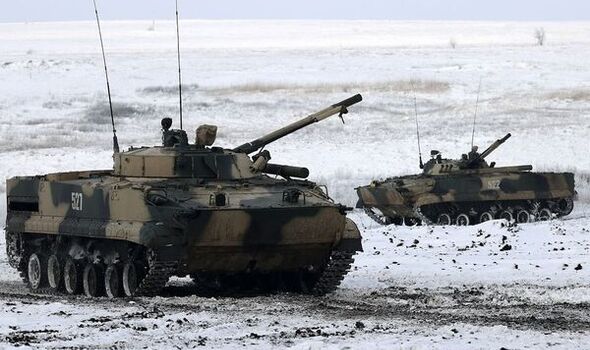 The comments to CNN come after Polish Defence Minister Mariusz Błaszczak tweeted on July 22 that the deal would “significantly increase Poland’s security and the strength of the Polish Army.”

Poland’s National Defence Minister Mariusz Blaszczak said the first instalment of the 180 K2 Black Panthers will be procured this year.

He said: “In the first batch, we will get 180 tanks; deliveries will start this year.

“The second stage is over 800 tanks of the K2PL standard, which will be produced in Poland by the Polish defence industry thanks to a transfer of technology we negotiated.

“Eventually, the tanks received in the first stage will also be Polonised and brought to the K2PL standard.”

The K2 Black Panther is the main battle tank designed, developed, and manufactured in South Korea by the South Korean Company Hyundai Rotem.

The K2 was unveiled for the first time to the public during the Defence Exhibition ADEX at the Seoul Airport in October 2009.

The main armament of the K2 Black Panther consists of a German-made Rheinmetall 120-mm/ L55 smoothbore gun produced under license in South Korea.

The layout of the K2 MBT is conventional, with the driver’s compartment at the front, fighting compartment in the centre and engine and transmission at the rear.

Since joining NATO in 1999, Poland has become a key member of the 30-member alliance, and has been purchasing US-made military equipment, including Abrams main battle tanks and F-35 stealth fighter jets.

Poland has also become a big backer of the Government in Kyiv following Russia’s invasion, making deals to send more than 200 tanks and self-propelled howitzers to Ukraine.