Operation Sophia to continue for six months but will only provide aerial surveillance, support for Libyan coastguard. 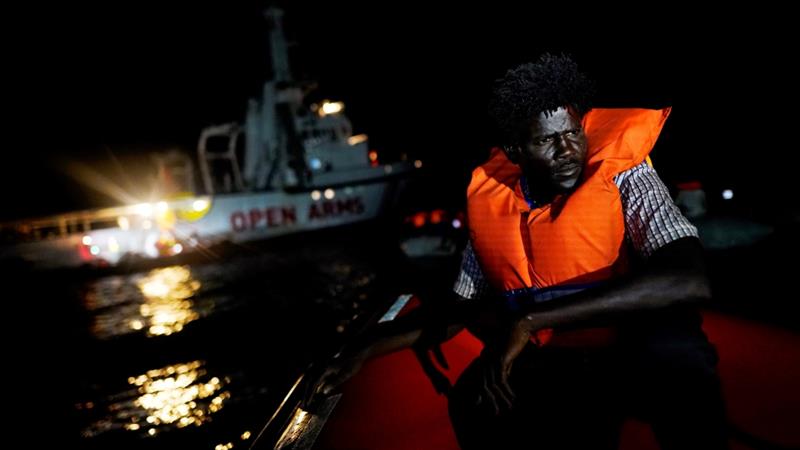 The European Union has announced it will suspend maritime patrols that have rescued thousands of refugees and asylum seekers attempting the perilous crossing of the Mediterranean Sea.

The decision on Wednesday followed deep resistance from Italy, where the anti-migrant government said it would no longer receive those rescued at sea.

Instead, the new agreement on Operation Sophia, the EU mission to reduce people-smuggling in the Mediterranean, will rely on extended air patrols and close coordination with Libya, the main point of departure by sea for refugees and migrants seeking to cross from North Africa to Europe.

Sophia’s mandate was due to expire on Sunday but will now continue for another six months with the same aim of deterring human traffickers in the Mediterranean, according to the new deal.

“Member States have decided to extend the mandate of Operation Sophia for six months with a temporary suspension of its naval assets while member states continue working on a solution related to disembarkation,” said Maja Kocijancic, EU spokeswoman.

However, Sophia “is a maritime operation and it is clear that without naval resources, it will not be able to carry out its mandate effectively”, she added.

Since its launch in 2015, after a series of tragic shipwrecks, the mission has claimed the arrest of some 150 traffickers, and rescued 45,000 people.

The rescues are not part of the mission’s mandate, but an obligation by international law.

Over the years, Europe has added new functions to the mission, including training the Libyan coastguard and controlling the enforcement of a United Nations arms embargo on Libya, and illegal oil trafficking.

Judith Sunderland, associate director at Human Rights Watch, described the EU’s suspension of naval patrols as a formal abdication of “any semblance of responsibility for rescue” in the Mediterranean.

“Operation Sophia will now only provide aerial surveillance and support for the Libyan coastguard. That means more interceptions by Libyan forces and return of women, men and children to nightmarish conditions and treatment in Libya,” she said in a post on Twitter.

No refugee or migrant has been rescued by Sophia since July 2018, according to Matteo Villa, of the Italian Institute for International Political Studies.

Wednesday’s decision “simply removes a smokescreen”, he said in a post on Twitter, blaming Italy for the move.

During the 2015 refugee crisis, more than one million refugees and migrants made it to Europe.

In 2018, sea arrivals dropped to 141,500 people, according to figures by the UN. Meanwhile, nearly 2,300 people perished in the Mediterranean last year.

Sophia’s fate changed after the election of Italy’s far right-populist government last year, when authorities began taking a much harsher stance towards rescued people, most of whom are fleeing wars and poverty in Africa and the Middle East.

Under the stewardship of far-right Interior Minister Matteo Salvini, Rome insists it should not have to carry the burden of dealing with people rescued at sea, and has blocked non-government organisations from disembarking rescued people in Italian ports.

The Italian government has also opposed a renewal of Sophia’s mandate unless other EU member states agreed to take in more arrivals, but no other countries from the 28-member bloc came forward.

Diplomats told the Reuters news agency on Tuesday that while countries including Spain, France and Germany signalled they were not willing to host more rescued people, EU governments did want the mission to continue because they felt it had been effective in dissuading people-smugglers.

Rescue at Sea: Migrants in the Mediterranean