JERUSALEM (Reuters) – Israelis head to the polls on Monday with a sense of deja vu after trying and failing twice in the past year to break the country’s political deadlock. 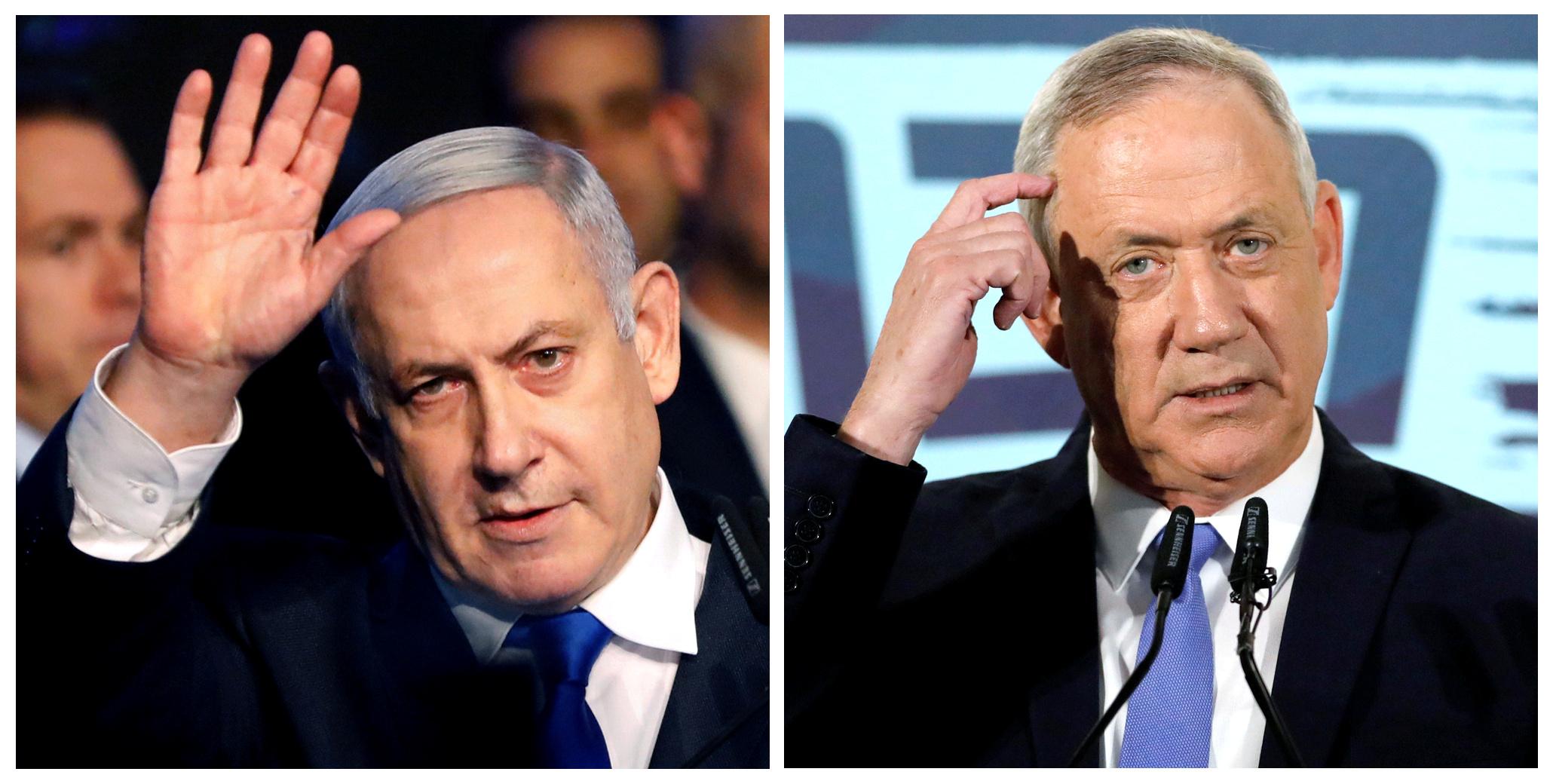 WHY SO MANY ELECTIONS?

In late 2018, Benjamin Netanyahu, veteran leader of Israel’s right-wing Likud Party, seemed to be at the peak of his powers.

The dominant political figure of his generation, Netanyahu was about to become Israel’s longest-serving prime minister.

But he had a precarious one-seat majority in parliament, and called a snap election for April 9, 2019.

The immediate reason given was the vulnerability of his ruling coalition after the resignation of Defence Minister Avigdor Lieberman. More hawkish than even Netanyahu, Lieberman quit, accusing the prime minister of being too soft on Palestinian militants in Gaza.

But many Israelis saw it as a ploy by Netanyahu to gain a renewed public mandate to ward off prosecutors who were then in the final stages of drafting charges of bribery, fraud and breach of trust against him.

Once re-elected, the theory went, Netanyahu could say an indictment was not in the national interest. He denies wrongdoing, accusing his enemies of a witch-hunt.

If that was the plan, it backfired. No single party in Israel has ever won an outright majority in parliament, and Netanyahu failed to get enough seats.

He struggled for weeks to put together a government. Then, rather than let his principal rival – former armed forces chief Benny Gantz – have a chance to form a government, Netanyahu triggered another election, on Sept. 17.

WHAT HAPPENED IN ELECTION NUMBER TWO?

That left Lieberman a king-maker. But Lieberman cited policy differences with both men to avoid anointing either.

After months of horse-trading in which Netanyahu and Gantz both failed to win enough support, the outcome, much to the dismay of the jaded Israeli electorate, was Monday’s election.

IS THIS TIME ANY DIFFERENT?

Yes. Since the previous election, formal criminal charges have been filed against Netanyahu. Prosecution is now a reality, not a possibility. His trial is due to open on March 17, just two weeks after the election.

That was published in January, and would grant U.S. recognition to Israel’s settlements in the occupied West Bank.

Palestinians were furious, saying it gives away land they seek for a future state. Netanyahu pledged to annex the settlements after the election.

COULD NETANYAHU WIN THIS TIME?

Yes. But Netanyahu will need to win support from other parties if he is to form a coalition government with at least 61 of the parliament’s 120 seats.

The court hearings will prompt rivals to demand that he resign, even before sentencing. A verdict is likely to be months away, and the appeals process could take years.

COULD NETANYAHU LOSE TO GANTZ?

Opinion polls have shown Liked and Blue and White virtually neck and neck, with Netanyahu’s party edging slightly ahead in the final stages of the campaign.

Netanyahu is a known quantity. But Gantz also has problems – barring an unexpected surge in centrist voters he would have to bring together rightists and those representing Israel’s Arab minority, which are on opposite sides of the political spectrum.

COULD THERE BE A FOURTH ELECTION?

Yes, if Monday’s prolongs the deadlock. But some Israeli politicians regard this as unacceptable. Aside from political instability, it would mean further fiscal paralysis for Israel under a continuing caretaker government.

That could lead to the defection of some former Likud partners to a Gantz-led coalition.

WHAT ABOUT A “NATIONAL UNITY” GOVERNMENT?

Many Israelis would like Netanyahu and Gantz to unite, to end the bickering. But Gantz says he will not partner with Netanyahu now that an indictment has been filed. 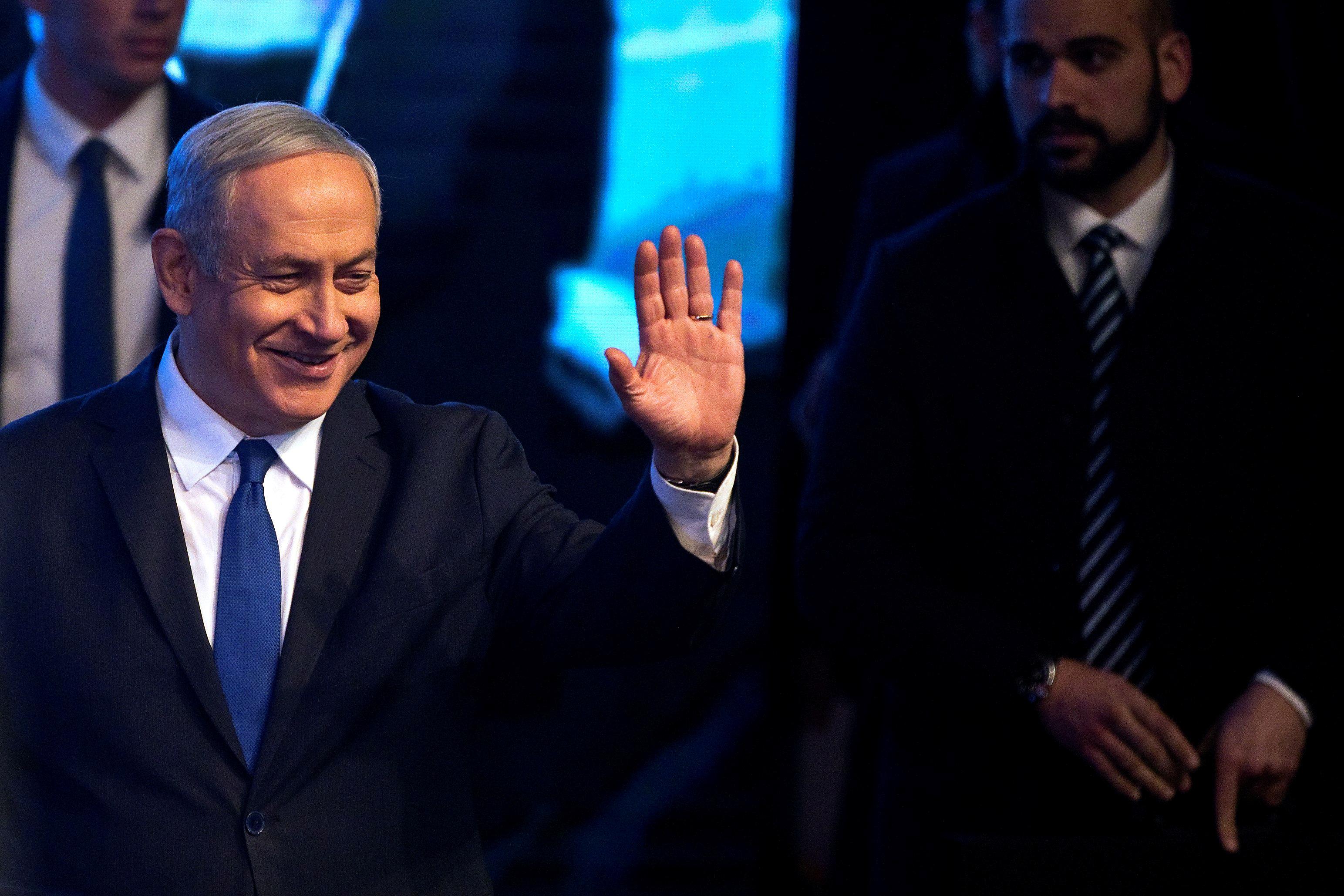