Farmer Bhaskar, who operates a farm in Paarsalai village in southern India, was shocked when his healthy cow gave birth to a strange looking calf. The cloven-hooved baby has conjoined heads, four eyes and two mouths. However, notably, it only has one pair of ears.

The cow is a rarity, and its owner has not been the only one shocked by the development.

Now, visitors are travelling from far and wide to lay eyes on the strange calf.

Neighbouring villages have spread the word about the odd occurrence and now Farmer Bhaskar is dealing with crowds of curious onlookers. 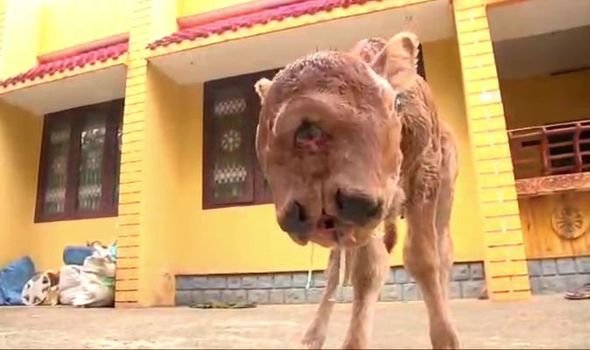 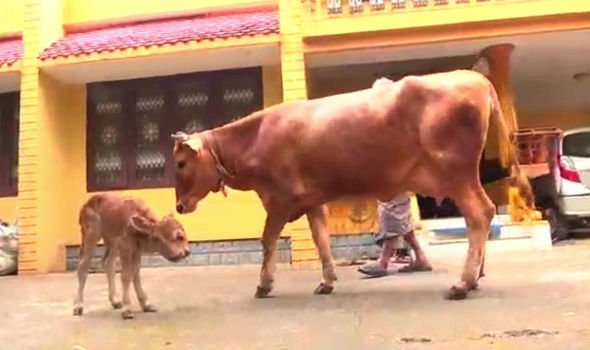 In some regions of India, the cow has a sacred status.

Nepal and most states of India forbid the slaughter of cattle, with their meat being taboo.

This is because many ancient and medieval Hindu texts promote the protection of cows, with Hindu god Krishna often shown with cows. 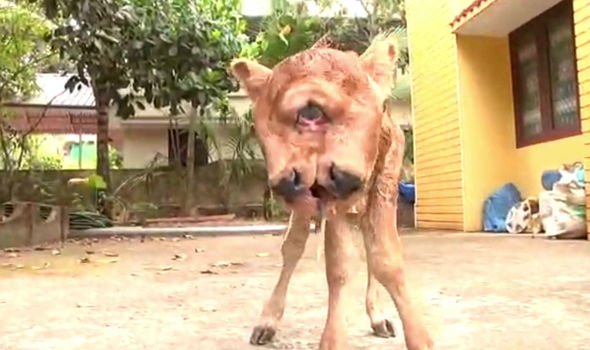 The newborn calf is sadly unable to drink milk as it has two tongues.

This means Farmer Bhaskar must feed him milk from a bottle when he is hungry.

Animals born with two heads have the condition called bicephaly.

Those with bicephaly are formed by the same process as conjoined twins from monozygotic twin embryos. 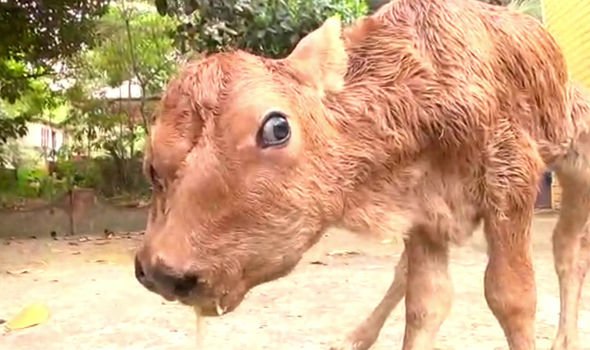 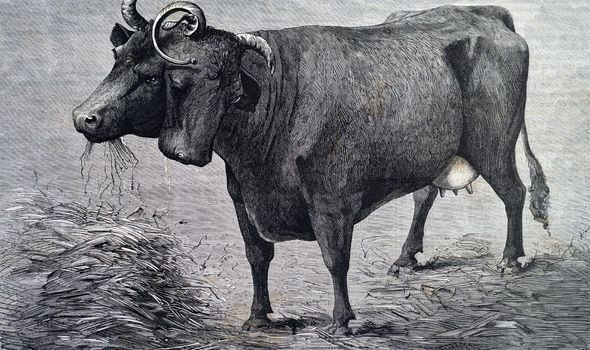 There are many records of this in Greek mythology, but two and three headed animals are the only multi-headed creatures seen in the real world.

Bicephaly is a more common occurrence in snakes, because of inbreeding.

But notable about animals with this condition is that their heads often do not co-operate with one another.

Herpetologist Dr John Kleopfer told ABC: “Sometimes with two-headed animals you’ll get one head that’s a little bit more dominant over the other one.”

But the chances of a two-headed mammal are also far more rare than their reptilian counterparts.

This makes the new cow even more of a marvel.

Dr Justin Adams, who studies the anatomy of animals, suggested snakes seemed to have more two-headed offspring because of the frequency of their conception. 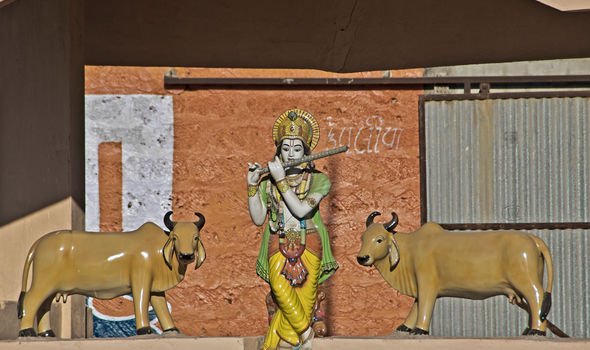 But the exposed nature of reptiles in eggs makes them more likely to develop problems as seen in the new cow.

He said issues such as temperature fluctuations, radiation and chemical toxicity could all affect reptilian offspring.

Sadly, an animal of this sort remaining alive for long is not common.

Although both mother and baby seem fine in terms of health, it is not clear how the baby cow will develop in future.