The USS Johnston was a World War 2-era Fletcher-class destroyer in the service of the US Navy and is notoriously known for its heroic actions in the Battle of Samar, when the small “tin can” vessel, armed with nothing larger than a five-inch gun and torpedoes, led the attack of a handful of light ships which had inadvertently been left unprotected in the path of a massive Japanese fleet. Its operation formed part of the largest naval battle of the war – the Battle of Leyte Gulf –fought between combined American and Australian forces and the Imperial Japanese Navy in the waters near the Philippine islands of Leyte, Samar, and Luzon, between October 23 and 26, 1944.

But despite its courageous efforts, the ship would see a sorrow fate, sinking to the bottom of the ocean on October 25, 1944, seemingly lost forever, until experts from the Research Vessel Petrel, owned by Microsoft co-founder Paul Allen, discovered what they believe to be its battered and twisted hull 20,406 feet beneath the Philippine Sea in October 2019.

The Petrel team said in 2019: “There is no hull structure intact that we can find. This wreck is completely decimated, it is just debris.

“This wreck is either the Johnston or the Hoel.

“This wreck is in the southern part of where the battle took place and this is one of the reasons why we believe this is the Johnston, because she sank later, after Hoel did.” 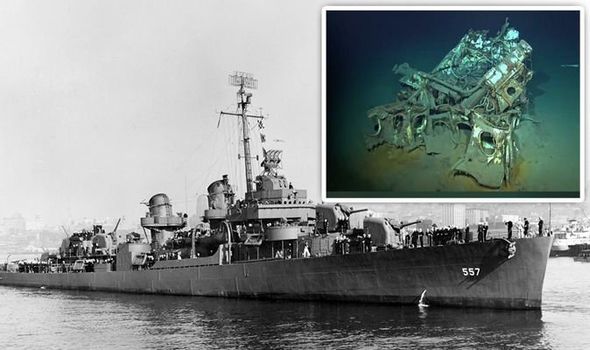 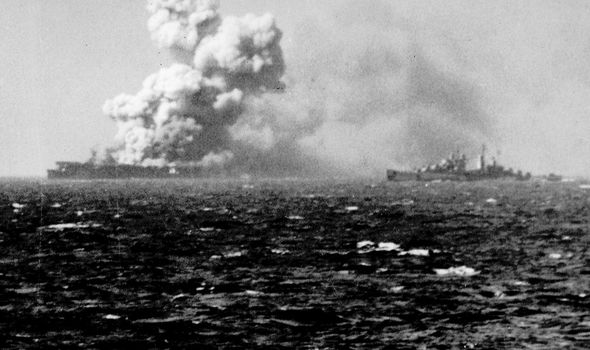 Marine archaeologists say it is the deepest-ever shipwreck, which, according to Guinness World Records, was previously held by a German vessel discovered at 18,904 feet.

The actions of Johnston and her little escort carrier task unit ‘Taffy 3’ helped stop Admiral Kurita’s Center Force from attacking vulnerable US landing forces, and eventually inflicted greater losses to the Japanese attackers than they suffered,

But Johnston’s luck ran out after the vessel came under navy fire from multiple enemy ships, and right when it was most needed, its already damaged engine quit, leaving her dead in the water.

From Johnston’s complement of 327 officers and men, only 141 were saved. 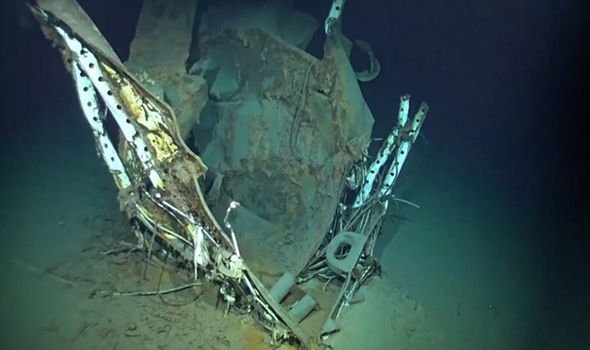 Of the 186 men lost, about 50 were killed by enemy action, 45 died later on rafts from wounds, and 92 men – including Commander Ernest Evans – got off before she sank, but were never seen again.

According to the US Navy: “One by one, Johnston took on Japanese destroyers, although Johnston had no torpedoes and limited firepower.

“After two-and-a-half hours, Johnston – dead in the water – was surrounded by enemy ships.

“At 9:45am, Evans gave the order to abandon ship. Twenty-five minutes later, the destroyer rolled over and began to sink.” 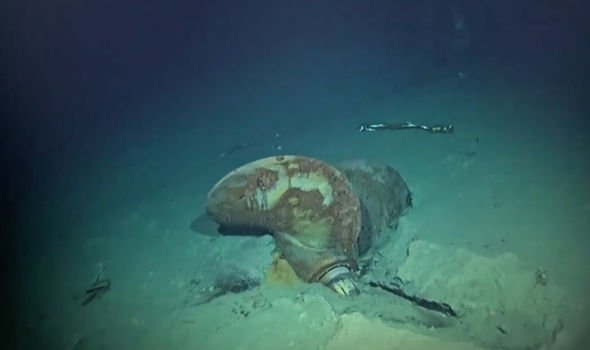 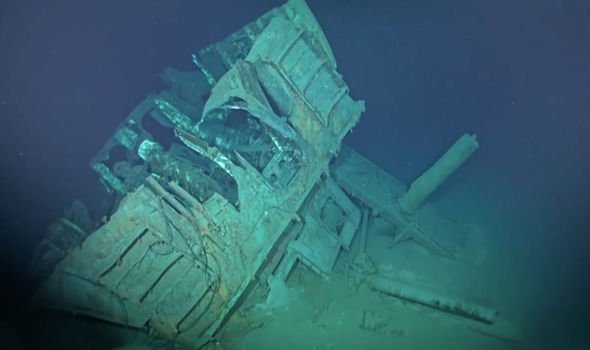 The Imperial Japanese Navy rallied nearly all of its major naval vessels in the fight, in which the US and Australian forces intended to invade the islands in Southeast Asia through which Japan derived industrial strength.

The Allies were successful in defeating the Japanese warships despite kamikaze attacks raining down from the sky.

It is often cited as one of the greatest last stands in military history.