LESBOS, Greece (Reuters) – Talibshah Hosini played some tough roles as an actor in Afghanistan before he fled. None was as hard as his real-life fight for survival in a refugee camp on the Greek island of Lesbos. 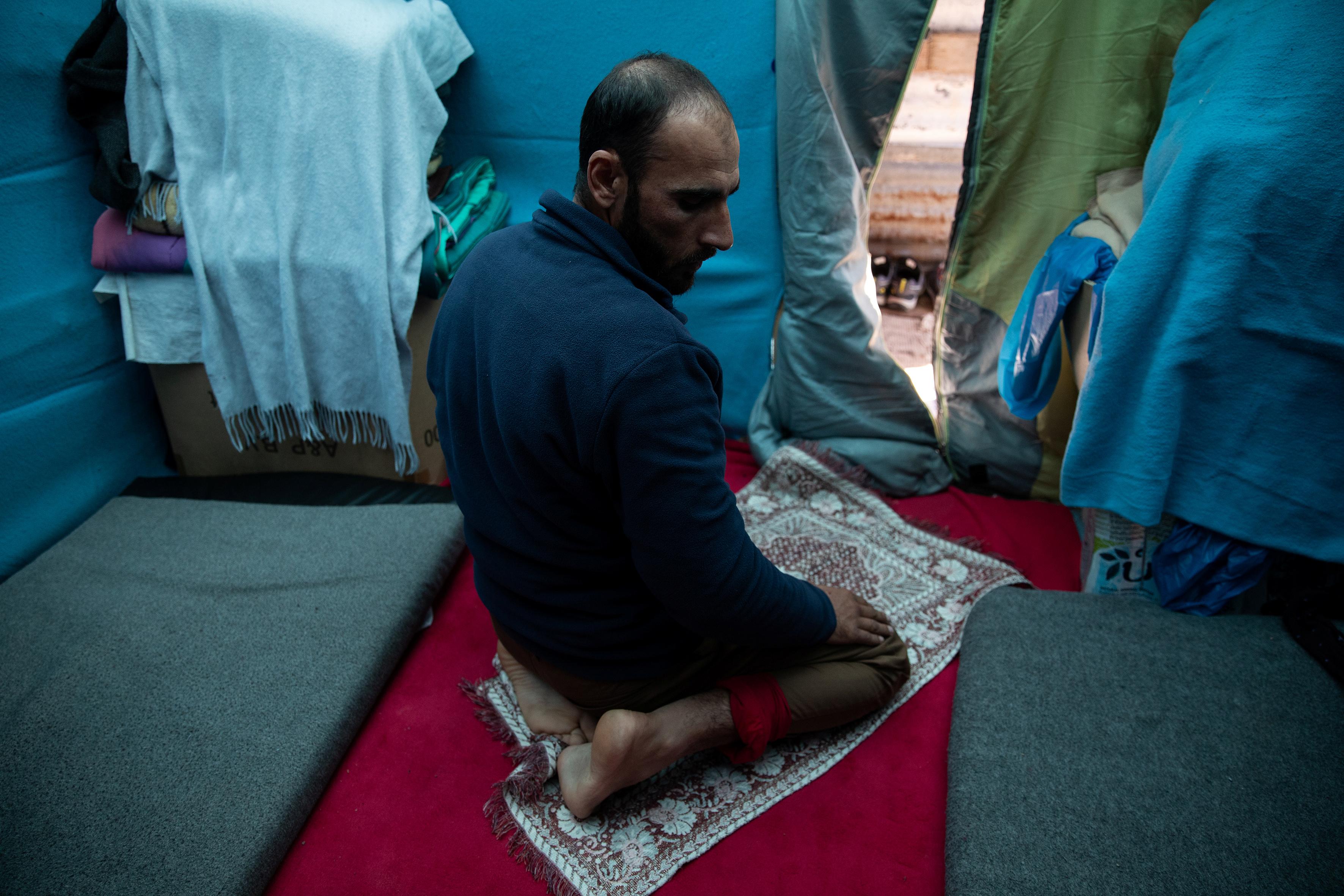 The 35-year-old from Faryab province in Afghanistan left a career in theater and film in his home country and now spends his days trying to keep his family safe in a makeshift shack made of pieces of wood and metal.

“In the 18 years since I became part of the cinema, I have played many tough roles, but this role is the most difficult one,” he said.

Forced to flee after receiving threats for staging satires at his theater company that focused on the hardline Islamist Taliban movement, his journey with his wife and three daughters took them to Iran, then to Turkey and eventually Greece.

Hosini built a shelter in an olive grove next to the official Moria camp. The grove itself has become a tent city after Moria overflowed.

He and his wife Yasamin wake up before dawn and enter Moria, taking turns to wait in line for three hours to receive meals.

The food is not enough for the family of five, so they cook for themselves on a stove made from an empty can filled with charcoal and wood.

Afraid of being robbed or hurt, they spend most of the time in their shelter.

“We have seen things that should not be spoken of. I myself can’t sleep at night, just in case someone walks into the tent with a knife and stabs me, god forbid, (or) does something awful to my wife,” Hosini said.

“I don’t trust anyone, not even our neighbors, because they change all the time.”

The couple will not let their daughters, Farima, 9, Parisa, 6 and Marjan, 3 venture out of the shelter alone, fearing they will be assaulted or kidnapped.

His family’s asylum interview is not for another year-and-a-half. Tears well up when he is asked what he will do if the application is rejected.

“It is hard to say, very hard to say because if our case isn’t accepted here and we have to go back to Afghanistan, what will I do in Afghanistan? If we go back my children’s futures are ruined,” he said through tears.

This family’s asylum request is one of tens of thousands backed up in Greece. In Moria camp, more than 19,000 live in a space built for 3,000. 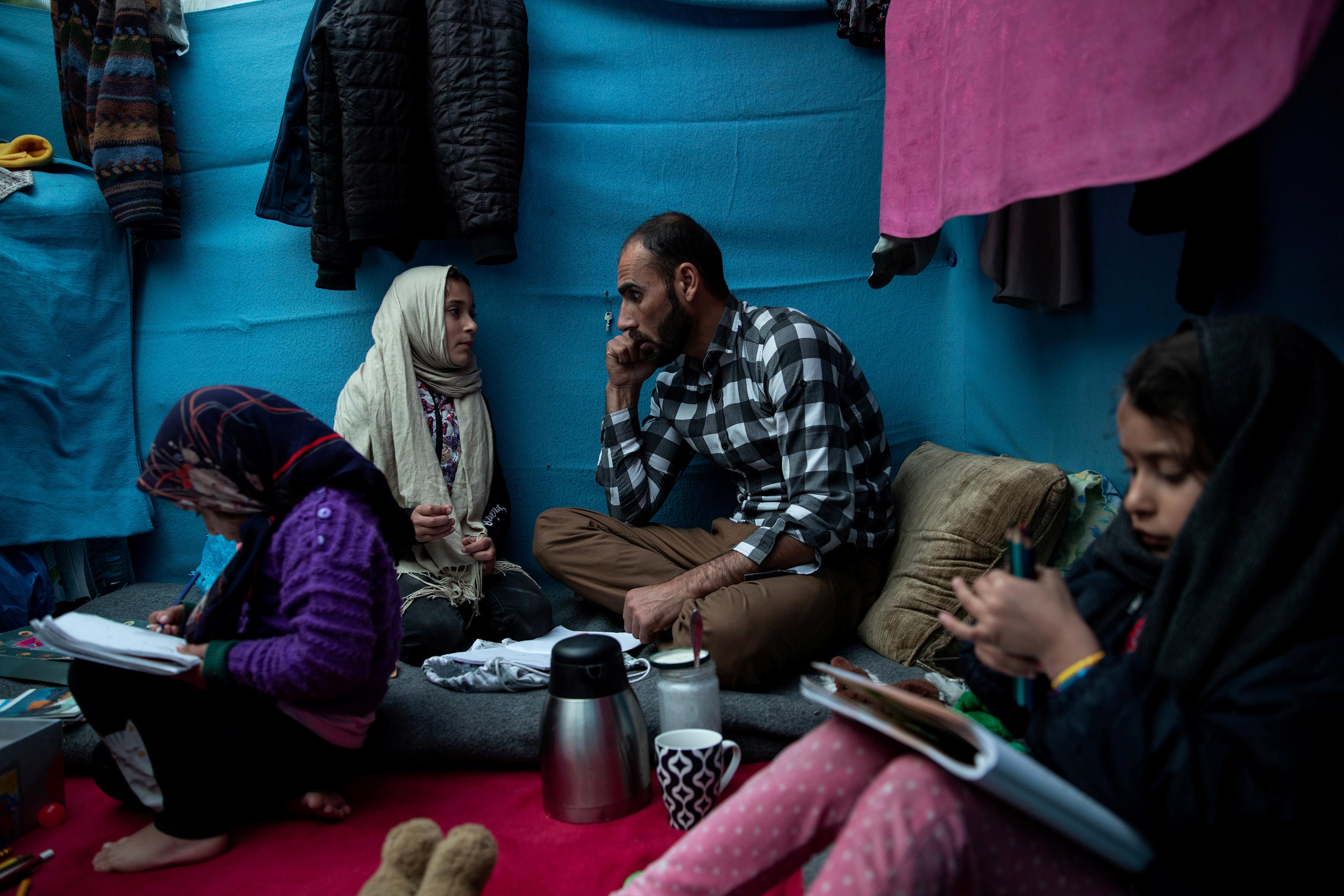 There have been attempted suicides, fights that end in injuries and self-harming. Deaths from attacks and accidents have also occurred. The camps are overflowing with garbage and the portable toilets are filthy.

There is not much to do, said Hosini. He practices kung fu to keep himself fit, living in the hope that one day he will return to his profession as an actor when he leaves Lesbos.

His wife Yasamin said she dreamt of a normal life. When asked what she wished for most, she replied: “For calm. Just a quiet area where we can feel human too. We don’t have any peace, not at night, or in the day. Just that.”