On Tuesday, several thousand people took to the streets of Paris at the call of union organisations demanding more resources for hospitals. But, the peaceful protest turned violent across France as demonstrators clashed with police.

Some of the demonstrators included members of the Yellow Vest movement, which calls for economic justice.

These protests also marked a growing frustration among French citizens over President Macron’s handling of the coronavirus crisis and disagreements over health care payments.

Violence erupted across the country with police officers being targeted by fireworks in Montbéliard. An 18-year-old suspect was arrested. 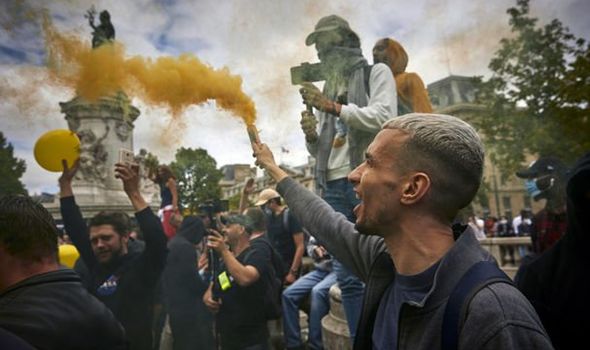 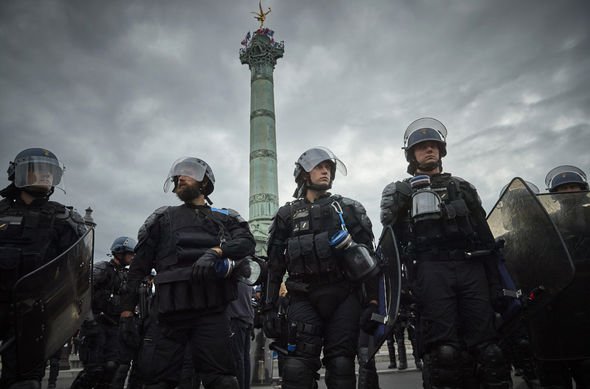 A similar situation happened in Évreux where eight officers were injured during the confrontations.

Videos quickly surfaced on social media of standoffs between protestors and police descending into violent battles.

A particularly intense scene at the Place de la Bastille saw protestors trip a riot police officer and attack them on the ground with multiple kicks before another officer was able to intervene.

During the protests across the country, a house was also destroyed after a fire spread from a car and residents were forced to evacuate. 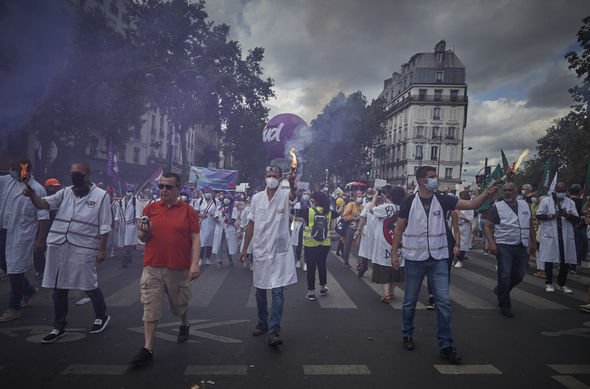 A massive protest march was also organised in the capital by a major trade union association, as the country celebrated Bastille Day.

In the suburbs of major cities such as Paris, Lyon and Lille there were also violent demonstrations.

Cars were burnt in Roubaix and wild fireworks were thrown in several districts of Lyon. 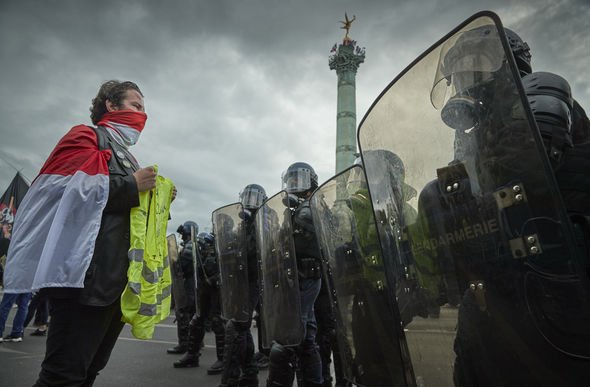 Fires were also ignited in Villeurbanne, Vault-en-Velin and Vénissieux.

But reports claim the capital had the biggest number of incidents.
A gym and bus were burnt down in Nanterre, best known for being the city of Pablo Picasso.

According to Hauts-de-Seine newspaper, individuals made a driver leave his bus before setting it on fire.

Bastille Day marks the national day of France and is the anniversary of the Storming of the Bastille in 1789. 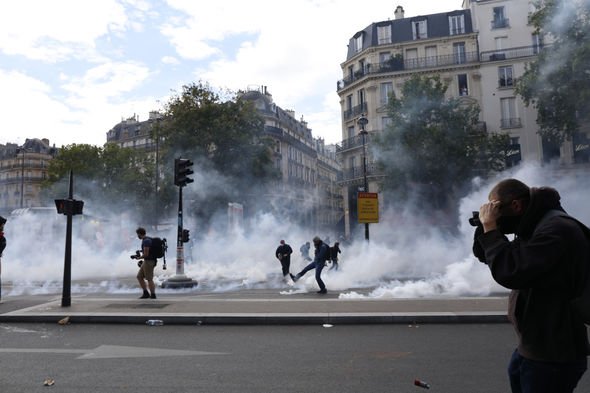 It is believed the revolution was caused in part by the French intervening in the American Revolution and the regressive system of taxation.

The Storming of the Bastille marked a turning point in the French Revolution.

Celebrations are held to mark the day throughout the country and it has been called the oldest and largest military parade in Europe.