Demonstrators took to the streets of Paris on Saturday to protest a new proposed law by Emmanuel Macron and his Government. The new security bill would criminalise the dissemination of images of police officers that revealed their identity. Videos surfaced on social media of individuals and groups protesting in their own way across the capital.

In one video, a group of demonstrators were recorded holding light smoke bombs.

Many protestors surrounded them and chanted in solidarity.

Protestors across the country lashed out at Emmanuel Macron and rejected the idea of a police state and demanded liberty.

Many protestors gathered at the Court of Human rights beneath the Eiffel Tower. 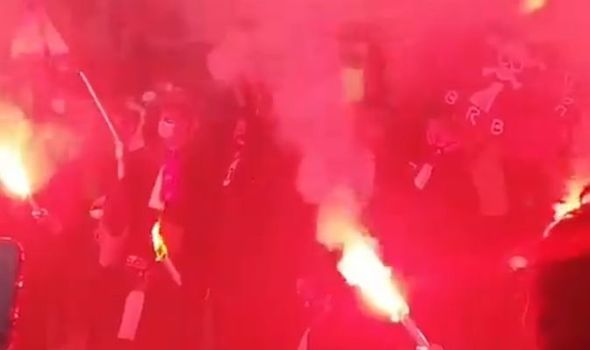 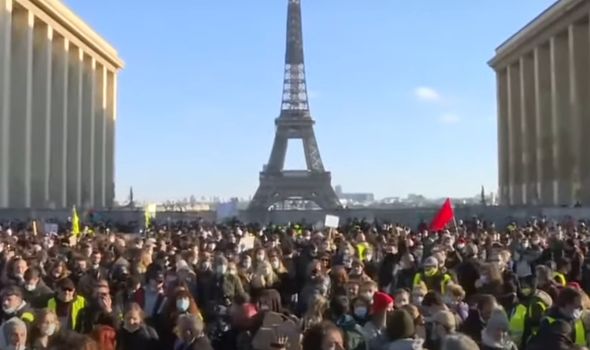 The security bill was debated by French MPs on Tuesday and proved to be controversial as it would make it a crime for anyone, journalists and civilians alike, to share images of police officers unless their faces had been blurred.

Publishing images to social media with the intent to undermine an on-duty officer’s “physical or psychological integrity” could also be punishable by a year’s prison sentence or a fine of up to €45,000.

The bill was initially put forward by President Macron’s centrist Government in October and has since triggered protests in cities across France including, Paris Marseille, Lyon, Bordeaux.

President Macron has also faced criticism from human rights organisations who have argued the dangers of the new bill. 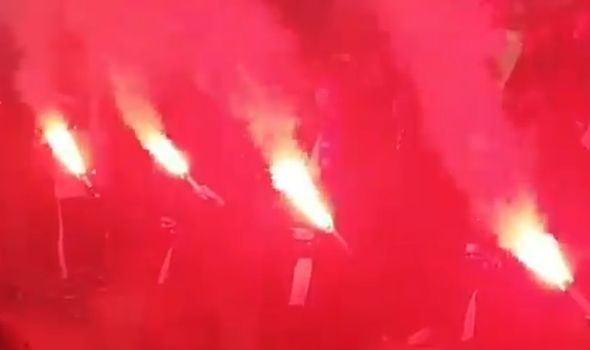 Amnesty France, a non-governmental organisation with headquarters in the UK, posted their response on their website ahead of parliamentary debate.

It read: “If such a law were to enter into force as it stands, it would constitute a serious violation of the right to information, to respect for private life, and to freedom of peaceful assembly.

“These are three conditions which are nevertheless essential to the right to freedom of expression. 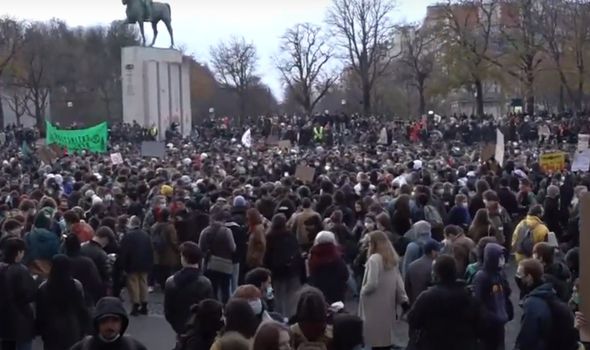