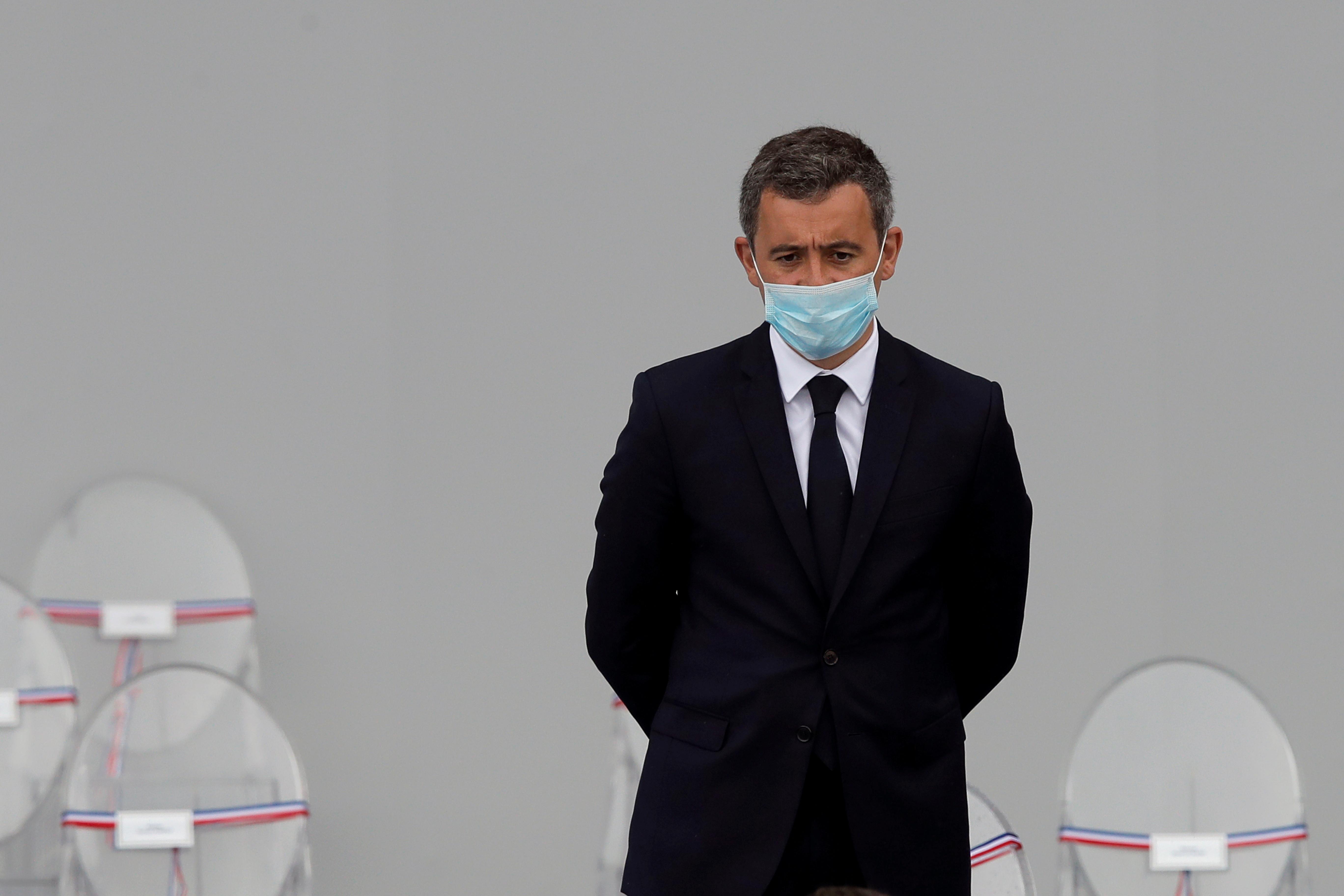 PARIS (Reuters) – French President Emmanuel Macron said on Tuesday new Interior Minister Gerald Darmanin should not be made a “victim of a judgment on the streets” after protests against his appointment because the minister is under investigation for rape.

Darmanin has denied the allegation that he coerced a woman into having sex in 2009 when she sought his help in having her criminal record cleared, and a judge dismissed the case against him after a preliminary investigation into the allegation was dropped.

A judicial source told Reuters last month the Paris appeal court had ordered the investigation to be reopened although no new evidence had been found.

Hundreds of women took to the streets of Paris last week to protest against Darmanin’s promotion from budget minister in a government reshuffle, saying he should not be allowed to hold high office and demanding his resignation.

Asked about the minister in a television interview on Tuesday, Macron said the two men had met to discuss the allegation.

“If from the moment someone is accused, he is not tried, he becomes somehow the victim of a judgment on the streets or on social networks, (…) our democracy changes nature, it becomes a democracy of opinion,” Macron said.

“For France I want the best of our country, I don’t want the worst of Anglo-Saxon society,” Macron said.

An investigating judge will now decide whether there is a case to pursue with a formal investigation into the allegation against Darmanin, 37.

Lawyers for Darmanin said in a statement last month that the ruling was a matter of legal process, and that the minister had filed a complaint for slander.