A northern bush pilot who built a regional carrier into Canada’s largest charter airline has died.

Max Ward collapsed Monday at his Edmonton home and died in hospital shortly after surrounded by family. He was 20 days shy of his 99th birthday.

It was a rare example of Ward not reaching his goals.

Born in Edmonton in 1921, Ward got his pilot’s licence in 1941 during the Second World War, a conflict he spent training fellow pilots across Western Canada under the British Commonwealth Air Training Plan.

After the war, with his new bride Marjorie Skelton, he headed north to Yellowknife to fly the Arctic skies. 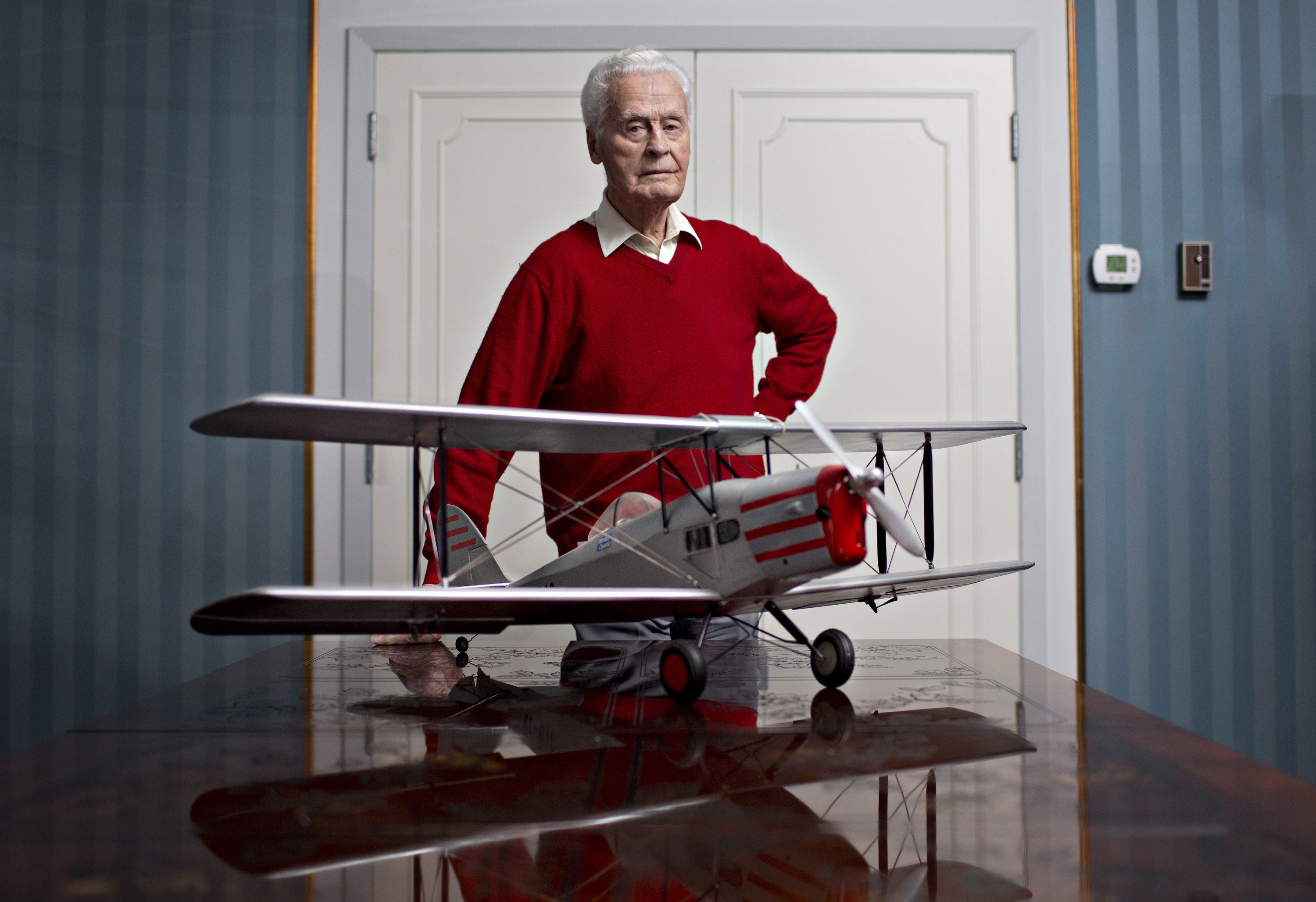 Ward flew passengers and freight in his tiny de Havilland Fox Moth. He was one of the pioneers that opened the North, said Yvonne Quick, a northerner and longtime friend.

“If it hadn’t been for people like Max Ward who came to Yellowknife back in the day and started working with the mines, there never would be a Yellowknife,” she said.

“The mining industry grew because of the aviation. Max was one of those pioneers.”

It was an aviation era rich with yarns that Ward himself became famous for spinning. One story he told was about how he once crash-landed the Fox Moth in a gravel pile near Kenora, Ont.

The pilot founded airline Wardair in 1953 on the wings of a 14-passenger de Havilland Otter. Prospectors, medical teams, food and machinery found themselves bobbing over the tundra in his trusty machine, which landed on floats in summer, skis in the winter. 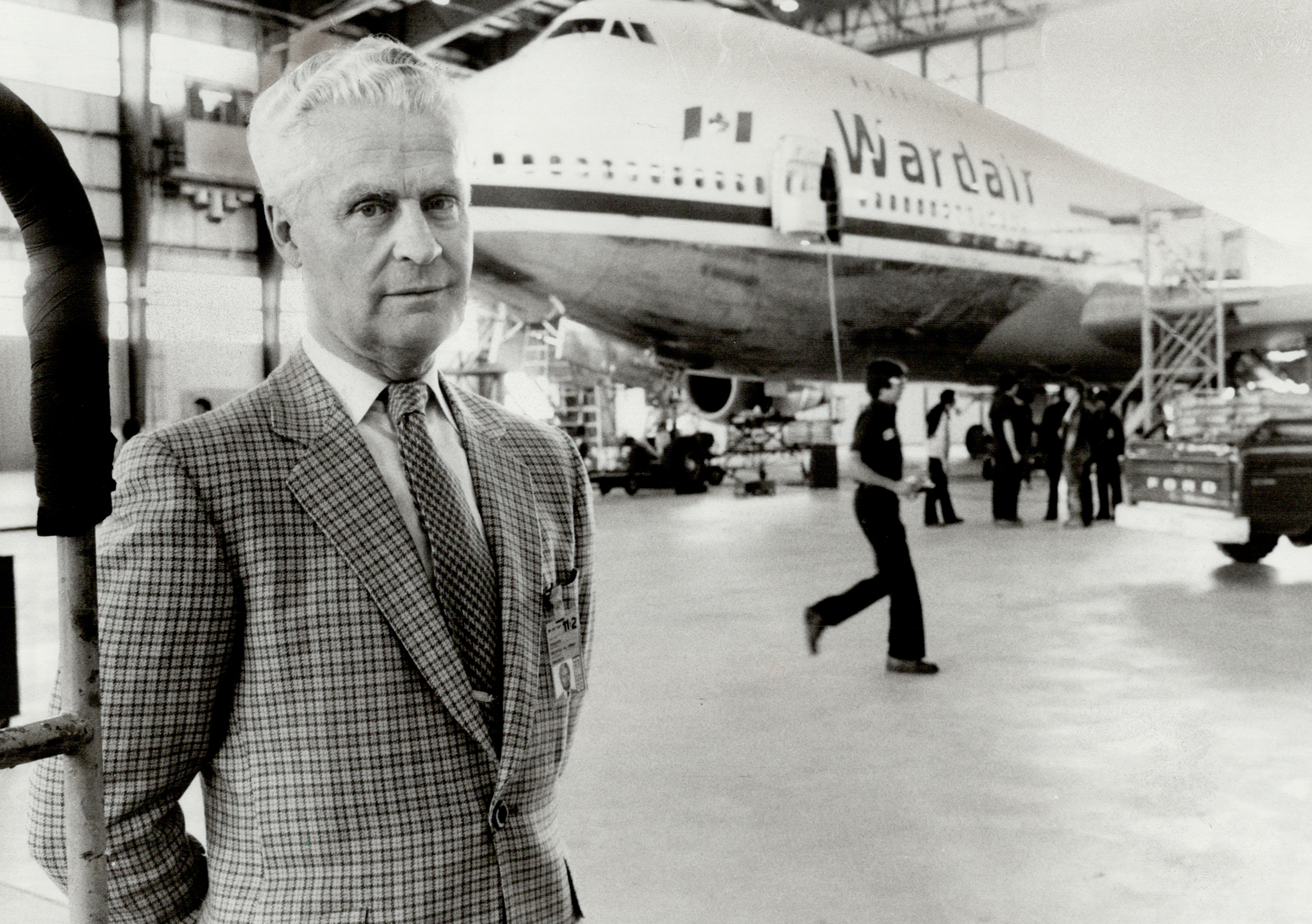 By 1962, the company was operating six aircraft in the North and had moved its headquarters to Edmonton. It had also acquired a DC-6A, which allowed Wardair to expand into an international charter service for overseas passengers.

Wardair grew more rapidly in the 1970s on revenue generated by vacationers to the Caribbean and Mexico. By 1984, the company was flying four Boeing 747s and three DC-10s.

The ambitious and gregarious Ward dedicated the 1980s to turning Wardair International into a scheduled passenger service on par with the country’s established airlines.

Ward’s biggest business gain came in 1984 when he won the right from the Transport Ministry to fly both domestic and international scheduled flights. He purchased 12 Airbus 310s and waded into the commercial airline business and a thicket of government red tape and regulations protecting competitors Air Canada and Canadian Airlines. 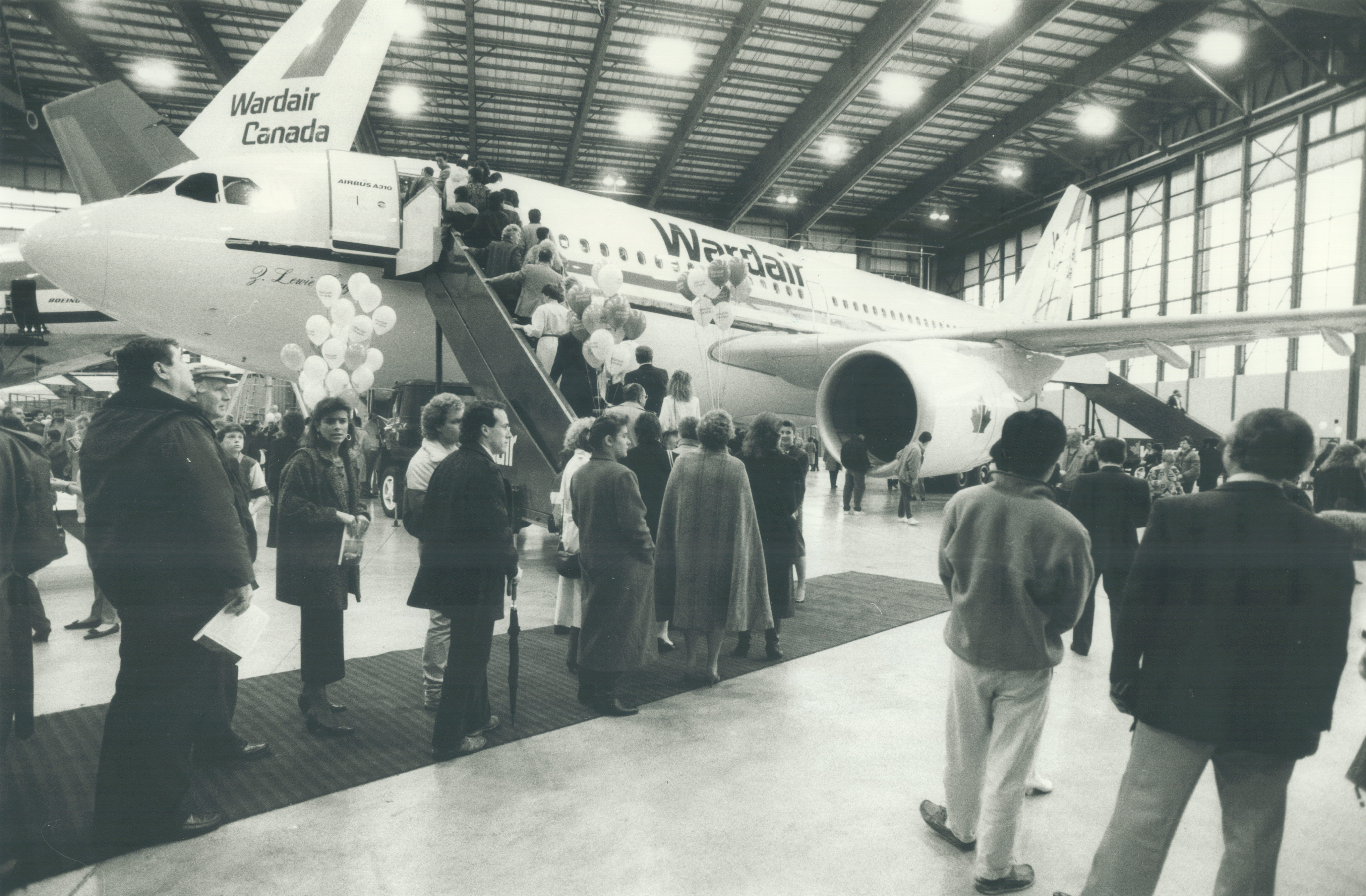 His new-found prominence landed him in a fare war with the two major airlines. Wardair won the hearts of many passengers with excellent service, but the established lines had deeper pockets and eventually drove him out of business.

In his 1986 book, The Max Ward Story, the author referred to himself as “a bush pilot in a bureaucratic jungle.”

His many friends knew him as a decent man who kept his sense of humour in a rough-and-tumble business.

“It’s hand-to-mouth in the airline business,” he once said. “If you have a profit of a few million dollars, it’s nothing. You can lose that in a day.”

He sold his debt-laden company to Canadian Airlines for $250 million in 1989 and retired two years later. 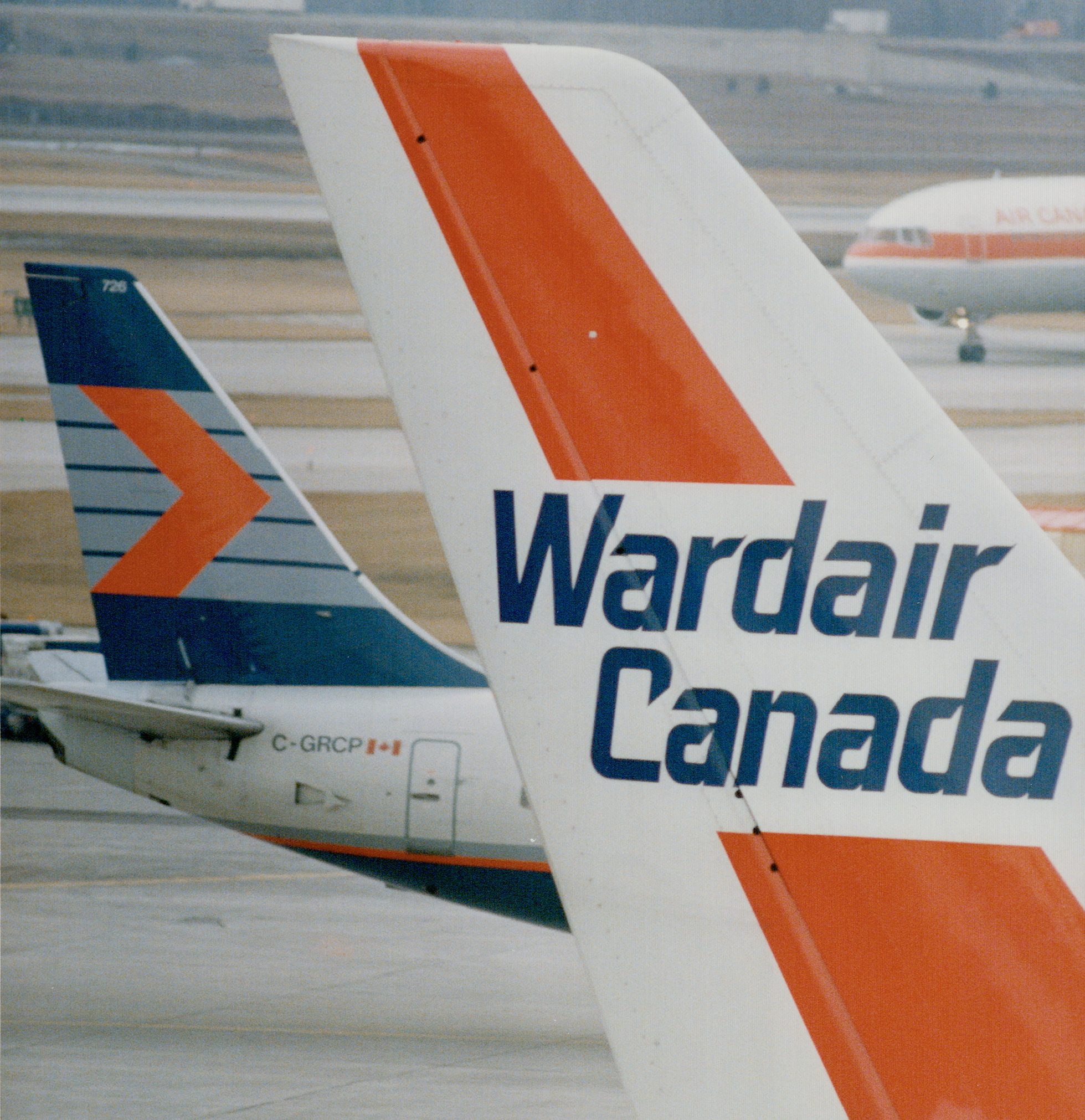 “Emotionally it was a very tough decision,” he said. “But the balance sheet dictates that these decisions have to be made.”

A Wardair Bristol Type 170 Freighter still stands on a plinth above the Yellowknife airport. Local lore has it that it’s the first plane to have landed at the North Pole.

Ward’s awards include the Order of Canada, induction into the Canadian Business Hall of Fame and the Trans-Canada trophy, Canada’s oldest aviation award.

He split his retirement between his metal fabrication and woodworking shop in Edmonton and a fishing camp in Kugluktuk, Nunavut. 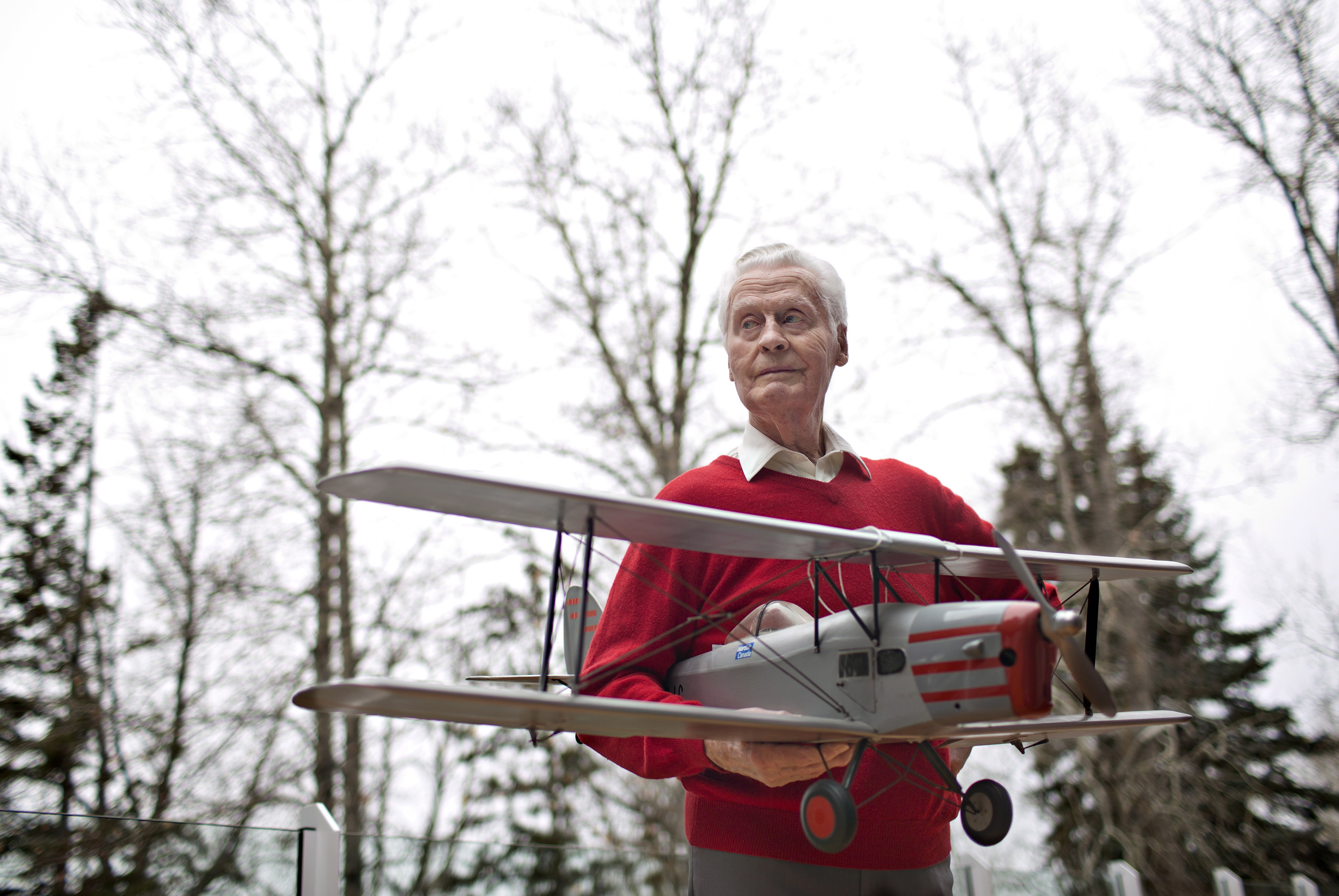 He maintained his connection to his bush pilot colleagues, who gathered at his northern-fly-in cabin every two years.

Quick said she will miss those times and those memories.

“His family would come and people who had worked for him would come. Max was a great host.

“We will certainly miss him.”