A TikTok user filmed staff at the Gran Costa Adeje Hotel in southern Tenerife removing towels from sun loungers. The video showed them picking up a dozen items and moving them to prevent holidaymakers from unfairly reserving sunbeds.

Holidaymaker Amanda Proctor filmed the staff removing the towels and bags before leaving notes explaining where they could be collected from.

She said there was a sign at the hotel saying guests were not allowed to reserve sunbeds before 10am, reports the Mirror.

One staff member can be seen with 10 towels thrown over his shoulder.

In the video, a hotel guest appears to run over to the staff to prevent them from taking his towel off the sunbed. 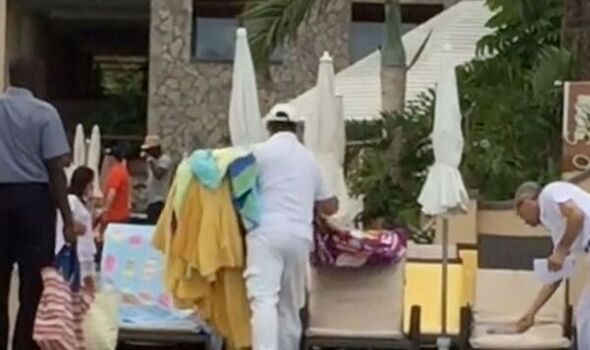 The public appear to be on the side of the towel removers, backing a move away from over-zealous sunbed reservers.

One user commented: “It’s the ones who reserve poolside who don’t show up until 4pm”.

Proctor replied: “Exactly. I was lying there thinking … go on! They took their bags, towels and everything left a note on the sun lounger where to collect.”

She said it was “absolutely hilarious” watching people come back to find their towels removed from the sun loungers, claiming that many did not return until mid-afternoon.

Another user urged more hotels to adopt the policy, making the competition for sunbeds determined by who arrives first.

One TikTok commenter said they had visited a hotel where sun lounger reservations were connected to rooms, meaning there was no need to compete with fellow guests.

The sunbed wars well and truly began last week when a different TikTok user captured the bizarre habit on camera and shared the footage online. 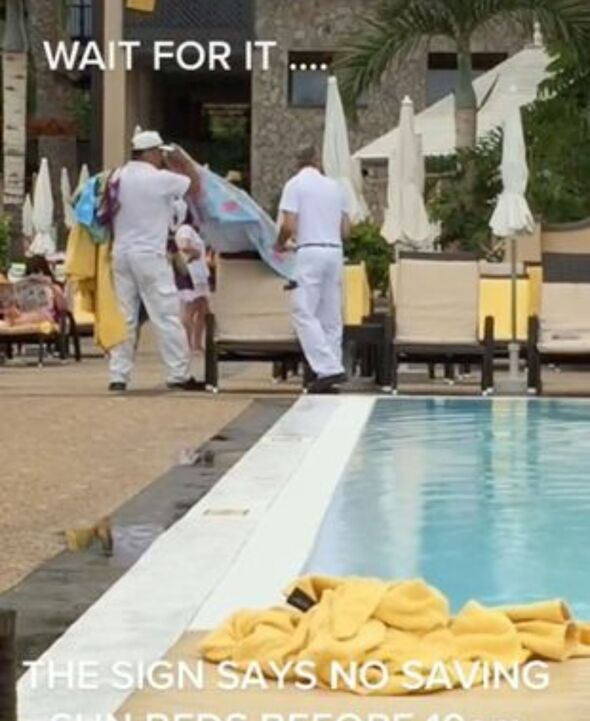 In the clip, the pool area of a hotel could be seen covered in dozens of sun loungers.

Guests in shorts and t-shirts could be seen quickly walking across the decking to place their towels on their preferred beds.

People were seen running down the steps to throw their beach towels on the seats closest to the pool or bar.