US ‘has Europe under their control’ says Sergei Lavrov

During a tense meeting in Bali, Indonesia, Lavrov complained that countries including the US wanted to focus on calling his country “aggressors”, “invaders” and “occupiers”. He warned that Russia ­had nothing to talk about with Western nations which did not want to negotiate. Lavrov, 72, said: “Western partners avoided following the mandate of the G20 [which is] dealing with issues of the world economy.”

He claimed talk “strayed almost immediately…to the frenzied criticism of the Russian Federation [in light of] the situation in Ukraine”.

Despite his initial bluster, Lavrov did stress Russia was still ready to negotiate with Ukraine and Turkey about grain, though it was unclear when such talks will happen.

He said: “If [the West] wants not negotiations, but the victory…over Russia on the battlefield, then, probably, there is simply nothing to talk about with the West [as that approach] does not allow Ukraine to move on to the peace process.” 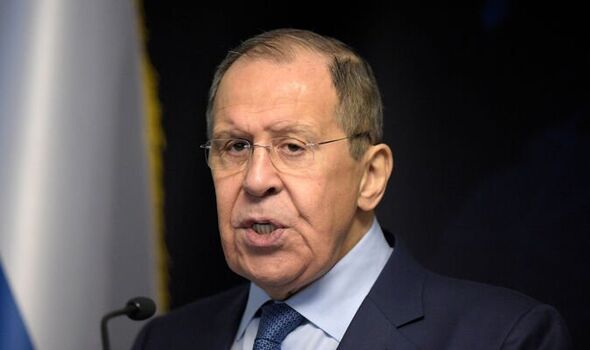 But the hosts of the summit also called for an end to the war. Indonesian foreign minister Retno Marsudi told attendees: “It is our responsibility to end the war sooner than later and settle our differences at the negotiating table, not the battlefield..the ripple effects are being felt globally.

“As always, developing and low-income countries are affected the most.”