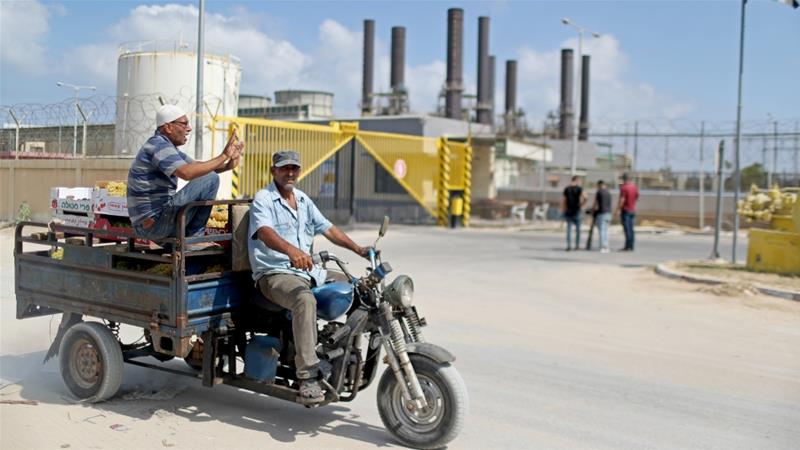 Gaza’s lone power plant has shut down, less than a week after Israel suspended fuel shipments to the Palestinian enclave over the launching of incendiary balloons that caused brush fires in southern Israel.

Gaza, run by Hamas, relies on Israel for most of its energy needs. Its population of two million currently receives about six hours of electricity followed by a 10-hour power cut.

“The power feed may now decline to only four hours [per day],” said Mohammad Thabet, an official at Gaza’s main power distribution company, after fuel ran out at the plant.

Gaza homes and businesses rely on generators to make up for the lengthy power cuts, increasing the financial pressure on its largely impoverished people.

Officials in Gaza said the power plant’s closure on Tuesday would cause disruptions at vital facilities such as hospitals, which are also equipped with generators.

Dozens of helium balloons carrying incendiary material have been launched from Gaza in recent days, in what political sources described as a bid to pressure Israel to ease its blockade and allow more Arab and international investment.

The sources said the balloons were part of efforts to persuade Qatar to increase its cash aid to Hamas as the Gulf state attempts to lower Gaza border tensions.

Israel has carried out a number of air raids over the past week against positions held by Hamas and other armed factions, whom it blames for the balloon incidents.

Egyptian mediators on Monday held talks in Israel and Gaza on restoring calm.

Since 2007, the Gaza Strip has been under a crippling Israeli blockade that has deprived its people of vital commodities including food, fuel and medicine.