George Galloway has predicted a global conflict between the US and China this year, following an escalation in tensions between the two superpowers. The alarming prediction of an all-out war between China and the US comes as George Galloway pointed out the eerily similarities between the prelude to the First World War and the current tensions. He pointed to President Trump’s threat to tear up the Phase 1 US-China trade deal as the US seeks ways to “punish” China for its handling of the virus.

Speaking to reporters on Friday, the US President threatened to punish China by imposing new tariffs before detailing his trade war threat.

President Trump, who has blamed China’s handling of the coronavirus for causing thousands of deaths in the US,  said that he was “very torn” about whether to end the so-called Phase 1 U.S.-China trade deal.

He threatened to rip up the trade deal if China fails to meet its purchase commitments agreed in the original trade deal.

Asked if he was “breaking up” the Phase 1 trade deal, President Trump responded: “I’m very torn. I have not decided yet, if you want to know the truth.”

JUST IN: Donald Trump warned re-election on the line over US unemployment rate 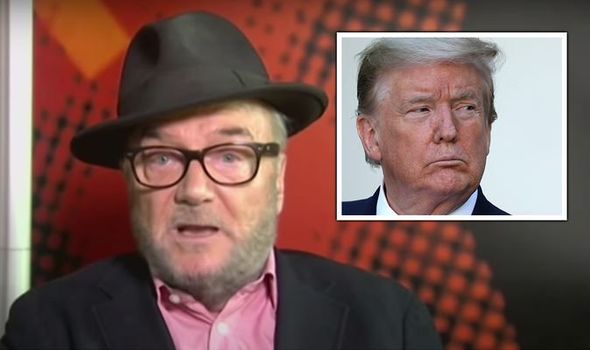 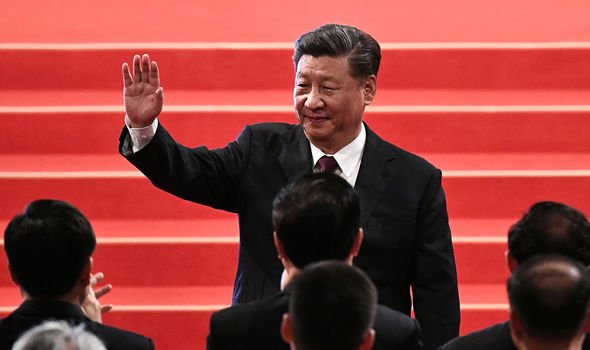 However, that came just hours after top trade officials from both countries pledged to press ahead with implementing the deal despite the growing political tensions between the two sides.

Mr Galloway told RT: “This could quickly get out of control, First World War-style.

“I remind you that the prelude to the First World War was exactly these trade wars and scrambles for influences in far-off lands and seas.

“It is a highly dangerous strategy to be using an economic disaster to pour gasoline on the already burning tundra in the economic and political landscape. 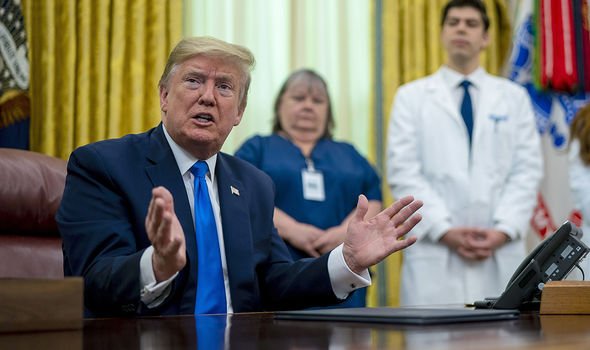 “The economy has to be the number one priority. Everyone should be putting their shoulder to the wheel on the economy.

“It is not the time for trade wars and tariffs and international discord.”

On Saturday, the head of the IMF warned the US and China against continuing trade war, saying it could wreck the fragile coronavirus recovery. 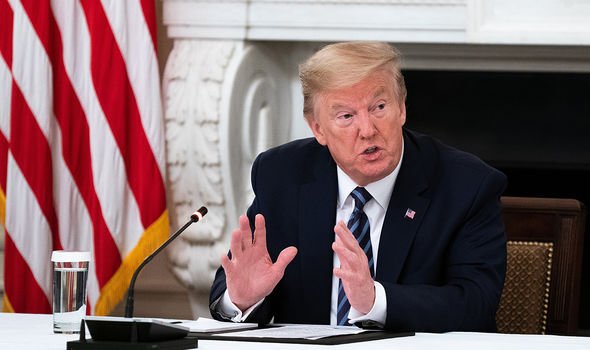 Kristalina Georgieva, the IMF’s managing director, revealed that recent economic data for many countries was below the IMF’s already pessimistic forecast for a three percent contraction in 2020.

The IMF’s projection would mark the steepest downturn since the Great Depression of the 1930s.

The US economy – the largest in the world – has been particularly hard hit by coronavirus shutdowns.

This follows the announcement from the US Labour Department that a staggering 20.5 million jobs were lost in April.

The EU itself has predicted that the economy will shrink by 7.4 percent in 2020.