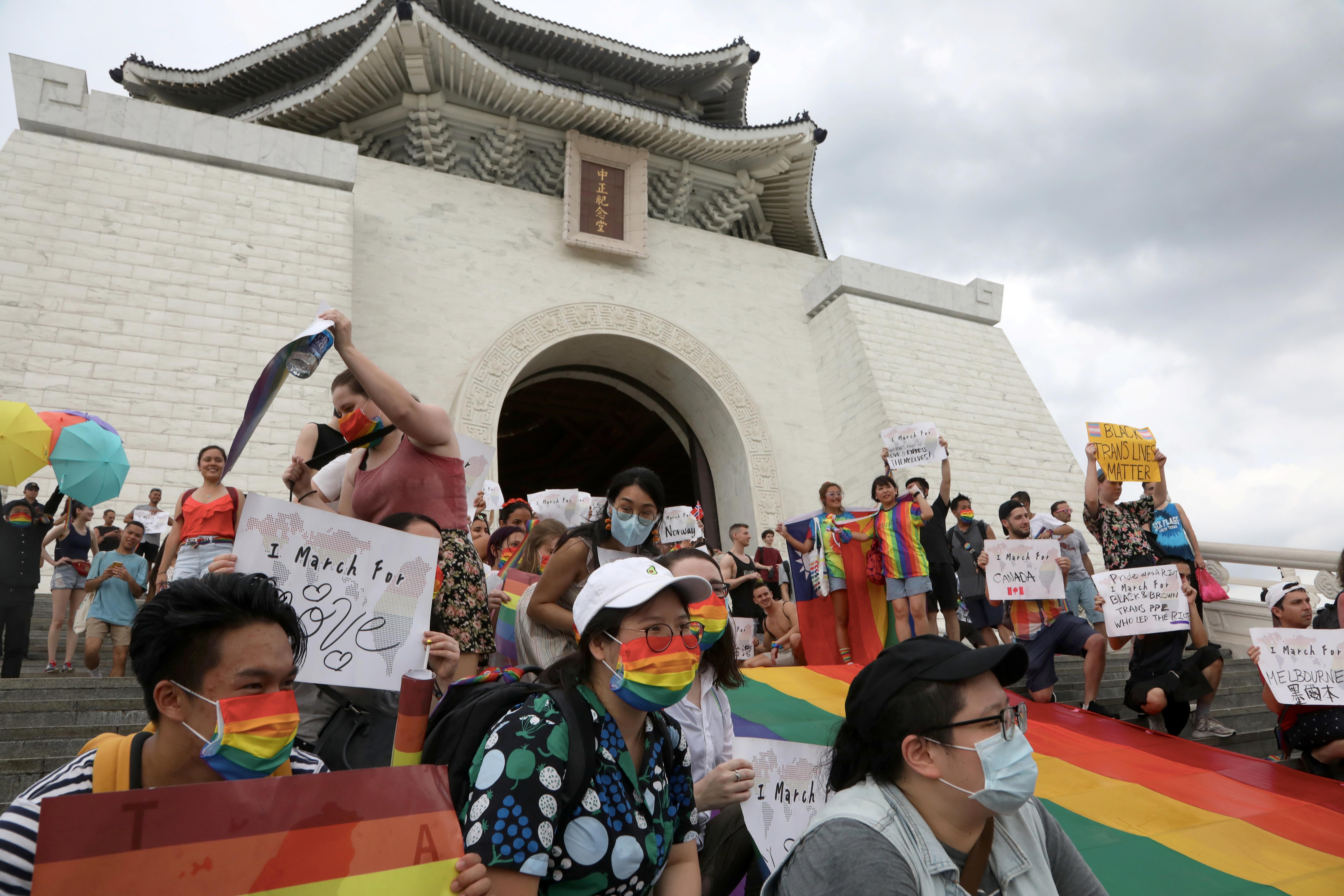 TAIPEI (Reuters) – Hundreds of people thronged a central square in Taiwan’s capital Taipei for a Pride event on Sunday, unfurling a giant rainbow flag in front of the main memorial hall for late autocratic leader Chiang Kai-shek before being ushered away by police.

Proudly democratic Taiwan is a bastion of liberal values in a part of the world where in many countries homosexuality remains illegal or taboo. Taiwan legalised same sex marriage last year, the first in Asia.

The “Taiwan Pride Parade for the World” billed itself as a show of solidarity with countries unable to hold LGBTQ celebrations due to restrictions on public events to stop the spread of the new coronavirus. The pandemic is under control in Taiwan.

An international crowd of more than 200 people waving rainbow flags and masks, some singing and dancing, marched up to the Chiang Kai-shek Memorial Hall, where a small group briefly displayed the flag in front of the building, which houses a giant statue of Taiwan’s late leader.

After scattered shouts of “Fuck you, Chiang Kai-shek”, the crowd marched back down the steps, accompanied by a handful of police, blowing whistles to stop people lingering.

Chiang, who died in 1975, was lauded in life as an anti-communist hero, especially in the United States, but many Taiwanese revile him as a despot who imprisoned and killed opponents during a reign of terror.

Darien Chen, who represented Taiwan at Mr. Gay World 2013 and organised Sunday’s event, said they were holding high the banner for the rest of the world, with hundreds of events cancelled in the traditional Pride month.

“With the rest of the world under the peak of the epidemic, only Taiwan can do this,” Chen told Reuters. “Of course we won’t give in, and we must continue with this flame of hope and stand up for the world, to hold the only parade in the world in this Pride month.”

Taipei holds its main Pride parade in late October when the weather is cooler.