After three weeks of lockdown, people who have gardens and balconies have some good news as weather forecasters predict unseasonably hot climates this weekend. Although it is important to remember that sunbathing in public parks is not allowed, only necessary trips and exercise should be a reason to leave the house as we head to the peak of the pandemic.

Friday will be the hottest day of the bank holiday weekend, as a mini-heatwave arrives.

Met Office Chief Meteorologist, Frank Saunders, said: “The Easter weekend starts dry and warm for many with temperatures possibly reaching as high as 24C in parts of London and the south-east on Bank Holiday Friday and Saturday also.

“As the weekend continues there is an increasing risk of showers, some of which could be heavy or thundery. 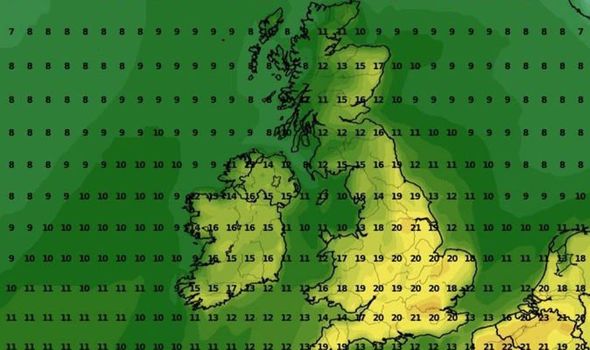 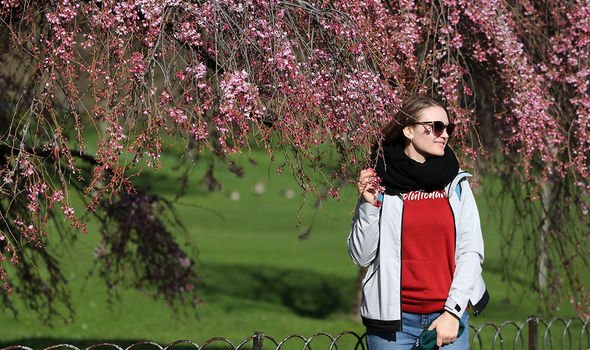 “By the start of next week, although it will be drier and sunnier again it will definitely feel cooler with temperatures reaching the mid-teens at best.

“Many of us will see plenty of dry, settled weather with sunny spells next week, with the driest conditions most likely in central and northern areas of the UK.

“Temperatures look likely to be slightly above normal with the warmest conditions likely in the south.

“There will be a return to a risk of frosts overnight in places, especially in central and northern areas. 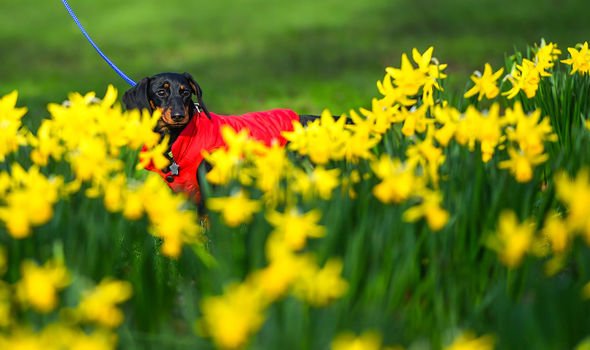 He said: “Friday another fine, sunny and warm day across much of England and Wales, sunnier and warmer too for eastern Scotland and NE England than today.

There will be cloudier skies for western Scotland and N. Ireland, with scattered showers, a few of these showers making it towards the east of Scotland too.

“A few showers could develop across Wales too in the afternoon, but they’ll be hit and miss, with much of England and Wales remaining dry and becoming rather warm in the sunshine for early April – afternoon high reaching 22-24C across central and southern areas, 16-20C elsewhere. Scotland and N. Ireland reaching 12-16C. 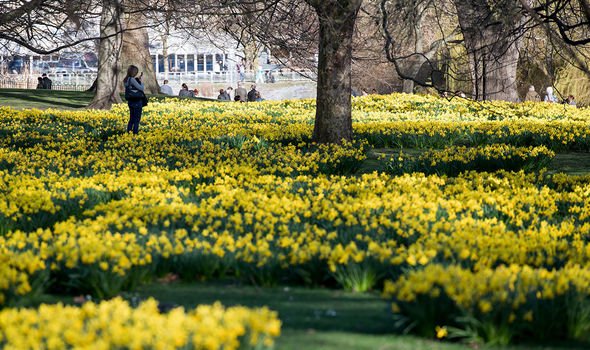 As for Saturday, it looks to be another pleasant day with warm temperatures and some cloudy skies over Scotland and Ireland.

Mr Finnis added: “The fine, sunny and warm weather hanging on across much of England and Wales on Saturday, staying generally dry, just the odd isolated shower in the west, with temperatures reaching 18-23C, cooler around coasts.

“Cloudier with scattered showers across Scotland and N. Ireland, as weather fronts move in from the west – cooler too with temperatures reaching 11-15C generally, though eastern Scotland could reach high teens in any sunshine.”

On Sunday temperatures will begin to cool down, with a chance of some showers and thunder across Wales and England. 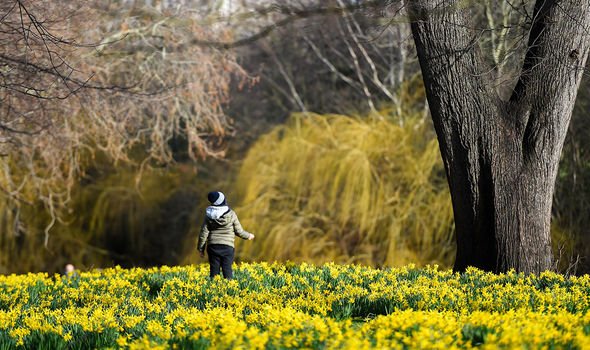 The weather expert concluded: “Not as warm across England and Wales on Easter Sunday, with more in the way of cloud and a greater chance of showers breaking out – which could be heavy and thundery across Wales, central and southern England. Northern England, Scotland and N. Ireland generally dry with some sunny spells but also a few showers possible.

By Monday temperatures will have completely cooled down, as it stays bright but chilly.

“Turning cooler still as we head into Easter Monday, any showers across southern England first thing should clear away as high pressure builds across the north, then for most, it will be dry and bright or sunny but with a strengthening chilly northeasterly wind.” Said, Mr Finnis