The decision comes amid a recent surge in sales of firearms as the divided nation braces itself for potential violence. Donald Trump has refused to commit to a peaceful transfer of power if he loses on Tuesday. Yesterday he predicted his rival Joe Biden would “open the floodgate to radical Islamic terrorism”.

Mr Trump has already fuelled tensions by telling the Proud Boys, a violent, far-Right all-male group, to “stand back and stand by”.

Walmart, the largest retailer in the US, said: “We have seen some isolated civil unrest, and as we have done on several occasions over the last few years, we have moved our firearms and ammunition off the sales floor as a precaution for the safety of our associates and customers.”

The supermarket chain said items would remain available for purchase but did not have a date for when it will put guns and ammunition back on the shelves.

It comes after several days of protests in Philadelphia after police fatally shot a black man with mental health problems.

Interest in gun sales has soared, according to the FBI database of firearm background checks. The number undertaken since January is more than 28 million, already surpassing the total for all of 2019. 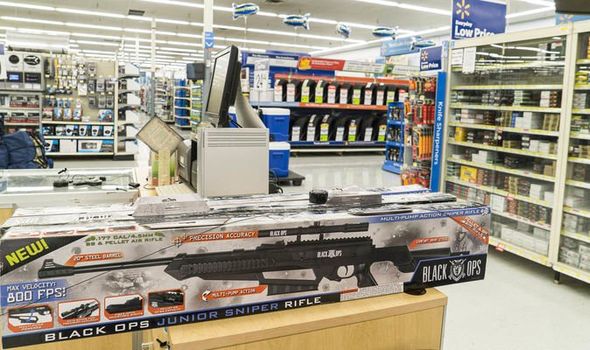 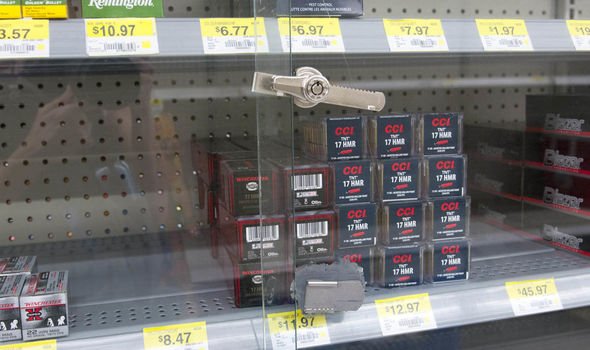 Historically interest rises ahead of stressful events including elections, where some buyers wish to protect themselves from expected unrest and others are worried that a Democrat president will pass stiffer gun control laws.

Less than 24 hours after an Islamist killed three inside a Catholic church in Nice, the US leader said: “Biden wants to terminate our travel bans and surge refugees from the most dangerous places in the world.

“He will open the floodgate to radical Islamic terrorism – and you saw three [weeks] ago what happened, the beheading in France, and today it happened again.”