The latest vaccine row erupted on Wednesday when European Commission President Ursula von der Leyen issued the staggering threat to Britain, also criticising AstraZeneca for having “underproduced and underdelivered” to the bloc. She warned the European Union will consider stopping vaccine exports to countries with higher coverage rates than its own and said she is “ready to use whatever tool we need” to ensure the reliable delivery of vaccines. The EU rate of vaccine doses administered per 100 people stands at just 11.81, according to rolling data on the Our World In Data website, compared to the UK’s rate of 39.04.

Ms von der Leyen wrote on Twitter: “The EU has been exporting vaccines in support of global cooperation.

“But open roads run in both directions.

“If needed we’ll reflect on how to adjust our exports based on reciprocity and, in the case of countries with higher vaccination rates than us, proportionality.”

This sparked a rapid reaction from Belgian MEP Mr Verhofstadt, who tweeted: “Finally! 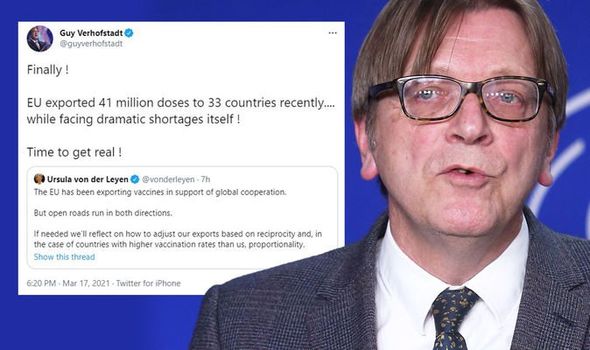 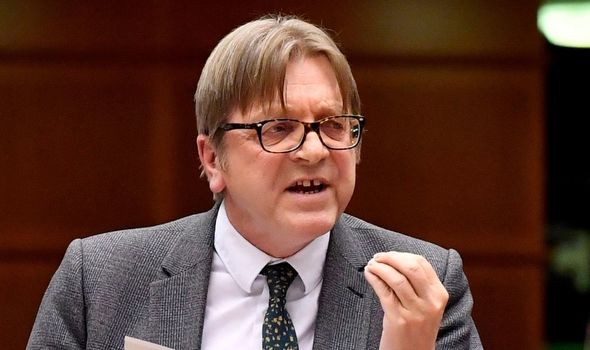 But the comments from Mr Verhofstadt triggered a furious response from several Twitter users, who lashed out at the vocal MEP.

One person replied: “The EU hasn’t exported any vaccines. Private companies have. 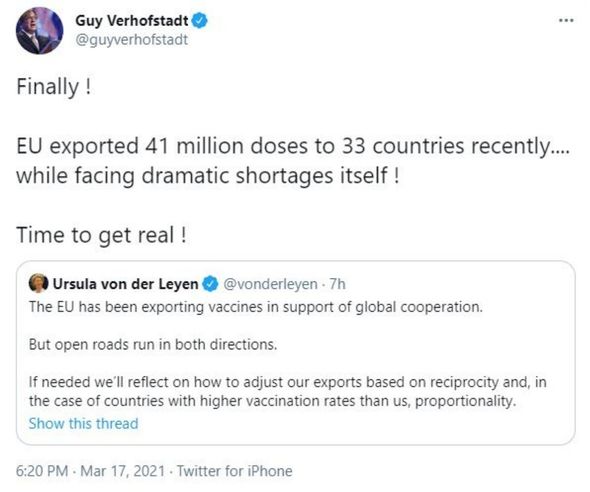 “They are probably looking at other countries to move their factories to now. You’ve shown them you can’t be trusted.”

A second Twitter user wrote: “You haven’t even used the vaccines you’ve got. Pointless leaving them in the fridge.

Another person commented: “EU didn’t export anything. Private companies did.

“And the EU were at the back of the queue for orders to those private companies due to their own incompetence. Time to get real indeed.” 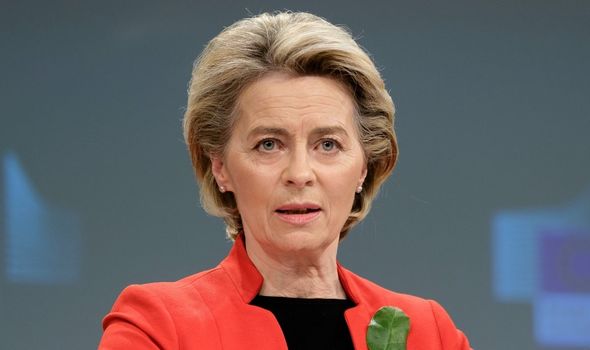 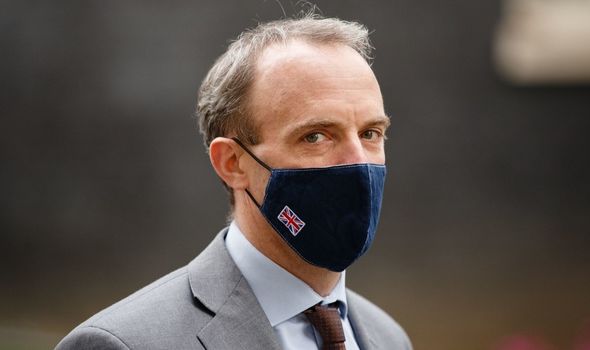 Another person added: “Does the EU want to lose the parts of Pfizer supply chain based in the UK? Have you chaps really thought this through?”

Speaking on Wednesday, Ms von der Leyen insisted the EU has granted 314 requests for vaccine exports and has refused just one since export authorisation came into force at the beginning of last month

The Commission President said: “We are exporting a lot to countries that are themselves producing vaccines and we think this is an invitation to be open, so that we also see exports from those countries coming back to the European Union.

“The second point that is of importance to us: we will reflect on whether exports to countries who have higher vaccination rates than us are still proportionate.

“We want reliable deliveries of vaccines, we want an increase in the contracts, we want to see reciprocity and proportionality in exports and we are ready to use whatever tool we need to deliver on that.

“This is about making sure that Europe gets its fair share.”

She added: “Where the UK is concerned, we have observed that in the last six weeks 10 million doses by now have been exported to the UK.

“Indeed the UK is producing AstraZeneca. In our contract with AstraZeneca there are even two sites in the UK that are put in the contract for potential deliveries for the European Union.

“We are still waiting for doses to come from the UK, so this is an invitation to show us that there are also doses from the UK coming to the European Union so that we have reciprocity.”

But the UK Government has hit back at the threat from the EU, with Dominic Raab accusing Brussels of “brinkmanship”, warning the “world is watching” and indicated the EU is acting like a “less democratic” regime. 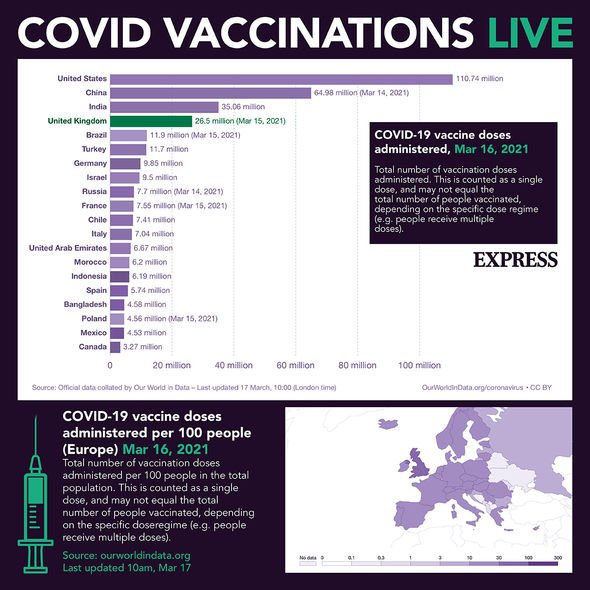 The Foreign Secretary said: “We were reliably informed that they weren’t aware of any plans to restrict lawfully contracted supply to the UK.

“We, like our European friends, are keeping supply chains open. Keeping trade and vital supplies of medical equipment and vaccines is critically important.

“We have all been arguing for this and we expect those assurances and legally contracted supply to be respected.

“Frankly, I’m surprised we’re having this conversation. It is normally what the UK and EU team up with to reject when other countries with less democratic regimes than our own engage in that kind of brinkmanship.”