The heir to the Spanish throne visited the Cervantes Institute in Madrid earlier today to celebrate its 30th anniversary. It is named after iconic Spanish writer Miguel de Cervantes, the author of Don Quixote, and promotes the country’s language across the world.

The Spanish royal looked at ease despite wearing a face as she calmly waved and exchanged pleasantries with royals fans gathered outside.

Wearing a leopard print dress from Spanish brand Poète and black kitten heels, she was then ushered inside to hold her first event without parents King Felipe VI and Queen Letizia.

Speaking inside, the princess praised Cervantes’ online library that she and her classmates have used in their studies.

She said: “It is very useful, congratulations.” 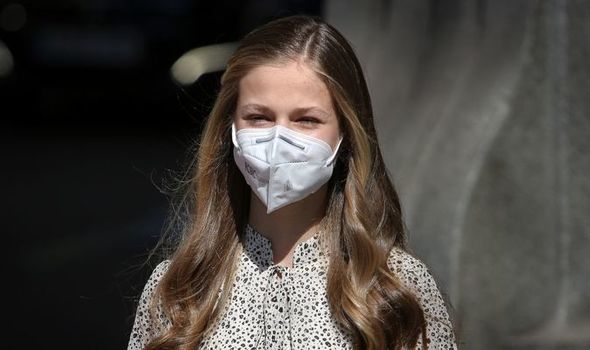 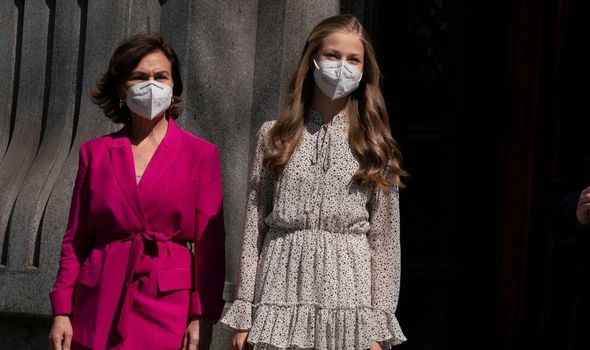 The princess was accompanied by Spain’s deputy prime minister Carmen Calvo, and Luis García Montero, director of the Cervantes Institute.

Mr Montero, who has acted as host, said: “For the institution that I direct, it is very important to have the presence of the princess today.”

During her visit, she was shown the institute’s new technological and digital tools as well as its digital transformation plan which will be funded by the European Recovery Plan.

The royal was also informed about ambitions for Campus Cervantes, a new online platform for teaching Spanish that is currently being built. 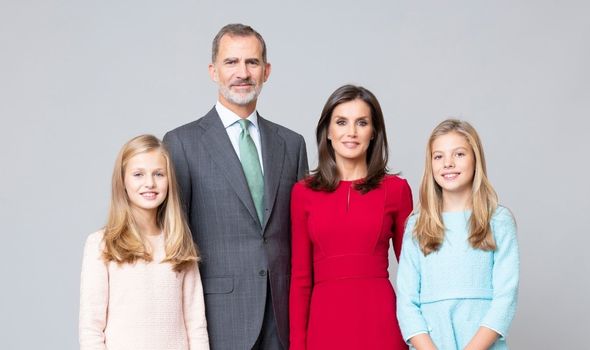 The Cervantes Institute, which at 30 is twice the princess’ age, was also the first place she performed a public speech in 2018.

At that event she read the Caja de las Letras, the copy of the Constitution.

During the visit Leonor left a copy of Don Quixote, which she read with sister, Princess Sofia, in April 2020 to pass time during the Spanish coronavirus lockdown.

Before today’s trip she was last seen in public when she attended the Princess of Girona Foundation Meeting (FPdGI) at the Royal Palace of El Pardo in Madrid in December with her parents. 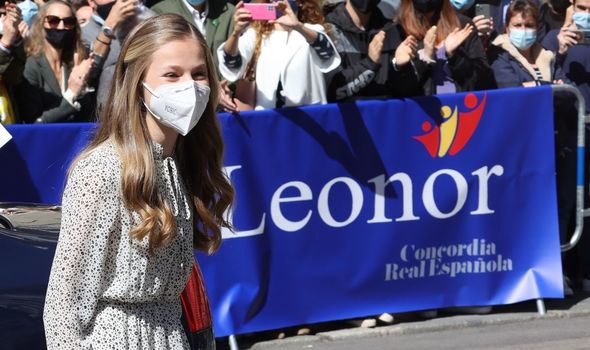 The solo engagement heralds in the increasing number of royal duties she will perform as she gets older.

The next major milestone will be in August when the princess begins her studies at the prestigious UWC Atlantic College in the Vale of Glamorgan, Wales.

She will spend the next two years working towards an International Baccalaureate before deciding what next to do with her life.

But regardless of her choices, royal duties are almost certainly going to play a part. 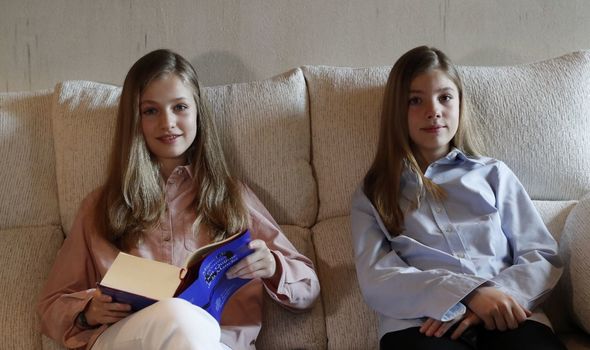 Until now, the heir to Spain’s throne had always appeared alongside her parents and sister Infanta Sofía.

She made her solo debut at the same age as her father, Don Felipe, made his first trip abroad alone.

On that occasion, he represented Spain on the 450th anniversary of the founding of the city of Cartagena in Colombia in 1983.