China’s decision to pass a controversial security law on Hong Kong has drawn worldwide condemnation over fears it will undermine the city’s freedoms.

Thousands of people have already appeared on the streets to protest against the new legislation.

But what exactly is it? And why is it causing so much friction?

Sky News explains the latest move from Beijing to cause unrest in the former British colony. 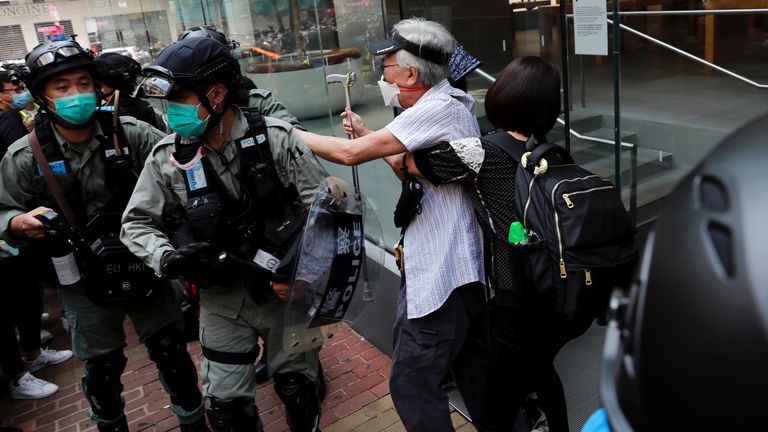 What’s in the new security law?

The actual legislation itself is yet to be drafted, but the National People’s Congress (NPC) in China gave the green light for it to go ahead with a vote on Thursday.

China’s legislature is proposing that the new law will cover secession, subversion, terrorism and foreign interference, although these terms aren’t yet defined.

It is also thought the law could aim to ban sedition to quash defiance against the mainland, and could also be used by Beijing to set up its own intelligence agencies on Hong Kong soil. 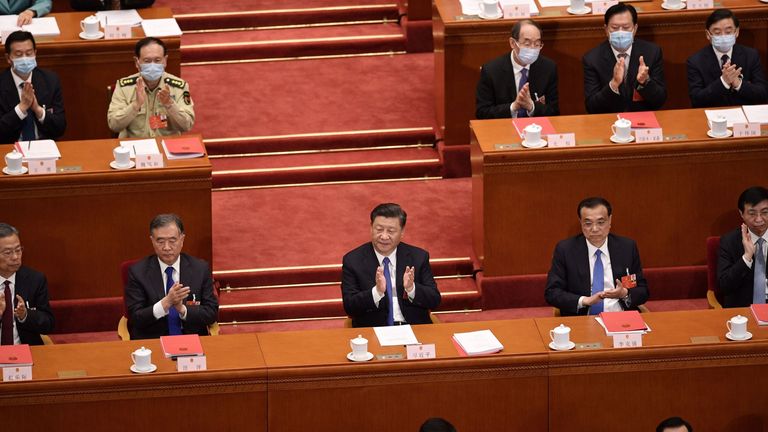 Why is this controversial?

When Britain handed Hong Kong back to China in 1997, it did so under a “one country, two systems” formula that was enshrined in a mini-constitution known as Basic Law, which ensured the territory’s treasured autonomy.

But it is feared this new legislation could be used by Beijing to undermine the city’s freedoms and bring it closer to the tight control exerted on the mainland.

Such a law is also unlikely to be passed through the local Hong Kong Legislative Council, resulting in Beijing looking to bypass this by driving it through from a national level.

In a statement with counterparts from other Western powers, Foreign Secretary Dominic Raab said: “A direct imposition of national security legislation on Hong Kong by the Beijing authorities would curtail the Hong Kong people’s liberties, and in doing so, dramatically erode Hong Kong’s autonomy and the system that made it so prosperous.” 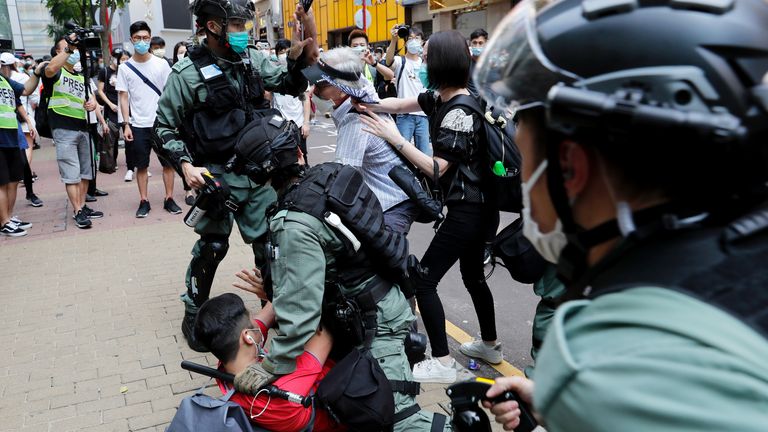 How long will it take?

All in all, the process to bring the law into effect could take around two or three months to complete.

It must first be drafted, before being added to Annex III of the Basic Law.

Once that’s done, it will be applied across Hong Kong. 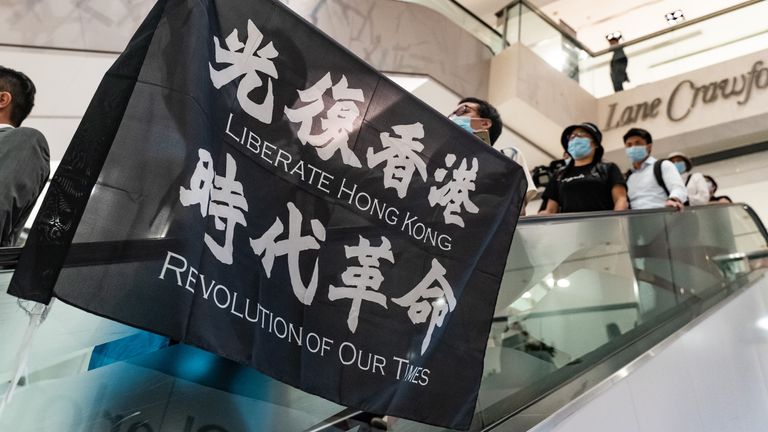 Hong Kong has seen many protests in recent years to push back on what many people see as China’s interference in their autonomous affairs.

The Umbrella Movement in 2014 brought parts of the city to a standstill for months as thousands of Hong Kongers demanded more free elections. 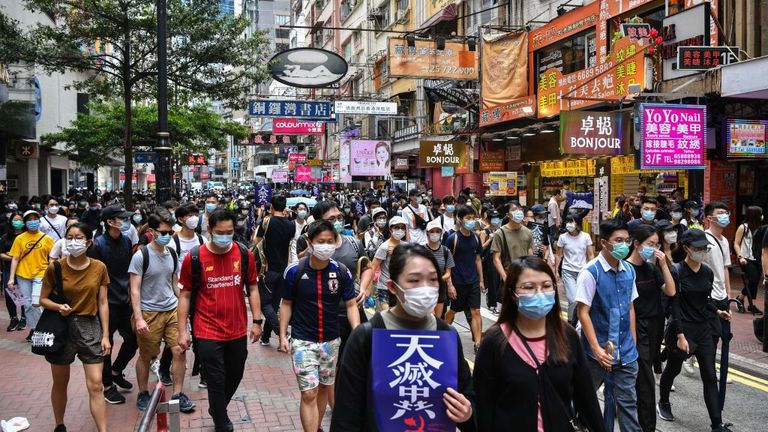 Huge protests were revived again last year after proposed changes to an extradition law, which could potentially have seen people wanted for crimes transported to the mainland for trial.

This was not only seen as an infringement on Hong Kong’s own judicial system, but it also led to fears for the safety of activists, human rights workers and journalists.

The new legislation pushed through by China’s legislature is therefore igniting fears that it is an attempt to bring this sort of action under the thumb. 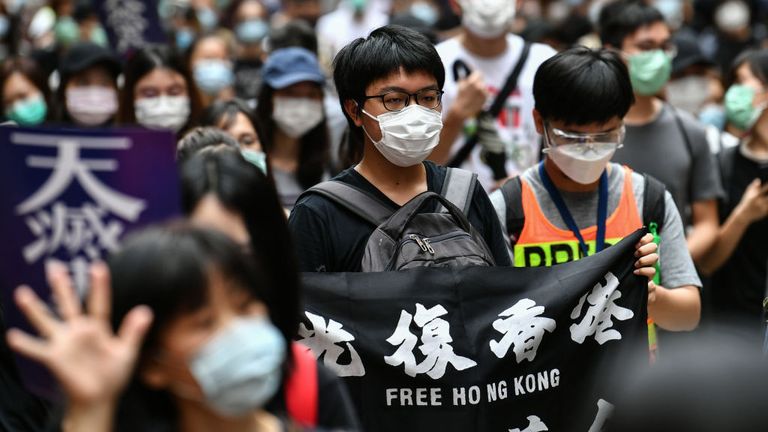 Mr Raab’s statement on Thursday expressed “deep concern” for the proposed law, while the US also condemned the move by saying Hong Kong no longer qualified for special treatment.

Speaking to Congress, US Secretary of State Mike Pompeo said Beijing’s proposal was “only the latest in a series of actions that fundamentally undermine Hong Kong’s autonomy and freedoms”. 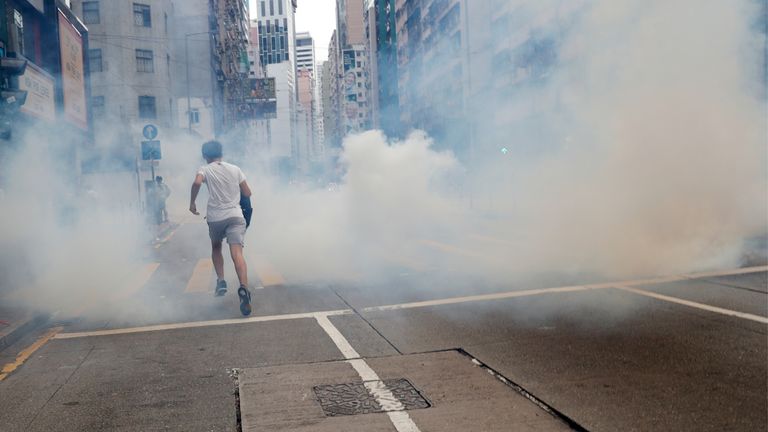 Riot police have been deployed across the city in anticipation of possible violent protests in response to drafting the law, while pro-democracy lawmaker Dennis Kwo said it marked the “death knell for Hong Kong”.

Meanwhile, Hong Kong chief executive Carrie Lam – who is supported by China – was more supportive of the law, promising that it would “not affect the rights and freedoms enjoyed by Hong Kong residents”.

She said: “Hong Kong has proven that we uphold and preserve those values.

“Hong Kong needs this piece of legislation for the bigger benefit of the great majority of Hong Kong people.”