Sydney, Australia – How should you respond to a deadly mass shooting if you are a gun rights advocate?

First, “Say nothing.” If media queries persist, go on the “offence, offence, offence”. Smear gun-control groups. “Shame them” with statements such as – “How dare you stand on the graves of those children to put forward your political agenda?”

This was the advice the US’s most powerful gun lobby gave Australia’s One Nation party, according to an Al Jazeera investigation, when representatives of the Australian far-right group sought guidance from the National Rifle Association (NRA) on loosening the Pacific country’s strict gun laws.

The NRA’s playbook on mass shootings came to light during the course of a three-year undercover sting by Al Jazeera’s Investigative Unit. Rodger Muller, an Australian undercover reporter who infiltrated the gun lobbies in the US and Australia, used a hidden camera to record a series of meetings between representatives of the NRA and One Nation in Washington, DC in September last year.

The secretly filmed footage provides a rare inside view of how the NRA deliberates over mass shootings and seeks to manipulate media coverage to push its pro-gun agenda.

Australia’s One Nation party, led by Senator Pauline Hanson, has long sought to relax the country’s gun laws, which ban almost all automatic and semi-automatic rifles and shotguns.

The rules, some of the toughest in the world, were introduced in 1996 after a gunman with a semiautomatic rifle killed 35 people in the town of Port Arthur.

Since then, Australia has had no mass shootings where the attackers did not know their victims. However, the NRA has denounced Australia’s laws as “not the definition of common sense”.

‘The graves of those children’

Muller, Al Jazeera’s undercover reporter who posed as a gun-rights campaigner, introduced One Nation’s Chief of Staff, James Ashby, and the leader of its Queensland branch, Steve Dickson, to the NRA, and travelled with the pair to Washington, DC last year.

Ashby and Dickson were hoping to secure up to $20m in political donations from supporters of the US gun lobby.

In meetings at the NRA’s Virginia headquarters, officials provided Ashby and Dickson tips to galvanise public support to change Australia’s gun laws and coached the pair on how to respond to a mass shooting.

The best method to handle media inquiries in the wake of a massacre was to “say nothing”, according to Catherine Mortensen, an NRA media liaison officer. But if inquiries persisted, she recommended an offensive communications strategy.

“Just shame them to the whole idea,” said Lars Dalseide, another member of the NRA’s public relations team. “If your policy, isn’t good enough to stand on itself, how dare you use their deaths to push that forward. How dare you stand on the graves of those children to put forward your political agenda?”

Dickson responded: “I love that, thank you”.

Then, explaining how the NRA manipulated media coverage, Dalseide told One Nation to enlist the services of friendly reporters.

“You have somebody who leans to your side that worked at a newspaper, maybe he was covering city hall or was a crime reporter,” Dalseide said.

“We want to print up stories about people who were robbed, had their home invaded, were beaten or whatever it might be and that could have been helped had they had a gun. And that’s going to be the angle on your stories. That’s what he’s got to write. He’s got to put out two to five of those a week.” 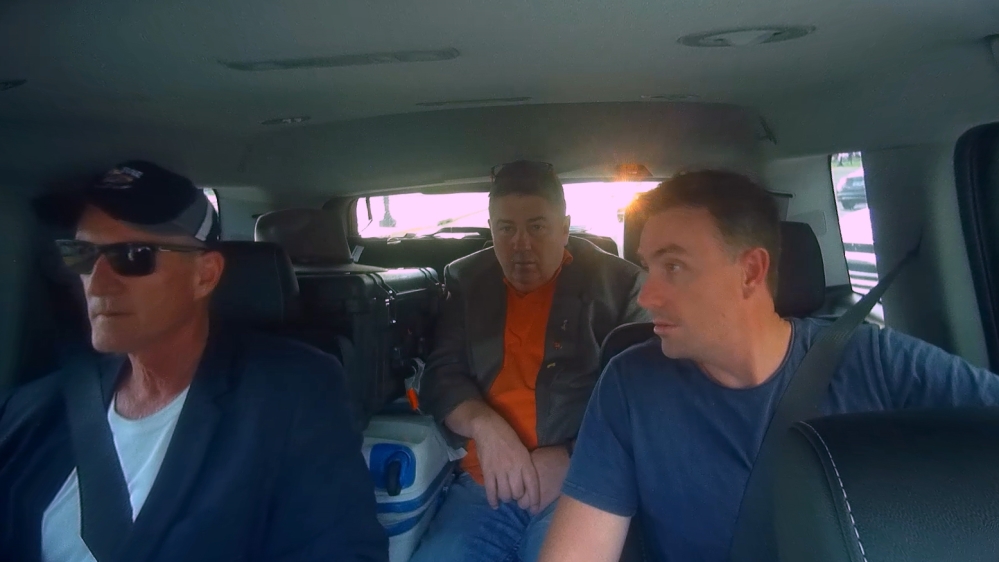 ‘Outrage of the week’

Another NRA tip was to ghost-write columns for pro-gun law enforcement officials.

“We pitch guest columns in the local papers,” said Mortensen.

“A lot of the times, we’ll write them for like a local sheriff in Wisconsin or whatever. And he’ll draft it or she will help us draft it. We’ll do a lot of the legwork because these people are busy. And this is our job. So, we’ll help them and they’ll submit it with their name on it so that it looks organic. You know, that it’s coming from that community. But we will have a role behind the scenes.”

As for social media, the NRA recommended producing short videos that highlight how useful a gun is for self-defence.

“These are hugely popular and they’re short little snippets. You know, ‘Joe Blow’, cashier at the local convenience store, had his firearm with him and protected himself,” said Mortensen.

“Those are good because they’re short and they kind of get you outraged. We call it like ‘the outrage of the week’.”

During the same meeting, Dickson told the NRA that “African gangs imported to Australia” were committing rape and burglary in the country, including “coming into the house with baseball bats to steal your car”.

The NRA officials named in this report, One Nation, Dickson and Ashby did not respond to Al Jazeera’s requests for comment.