OMSK, Russia (Reuters) – Like many of Siberia’s homeless, Alexei Vergunov survives freezing night-time temperatures of -30 degrees Celsius by sleeping under an industrial heating pipe for warmth. 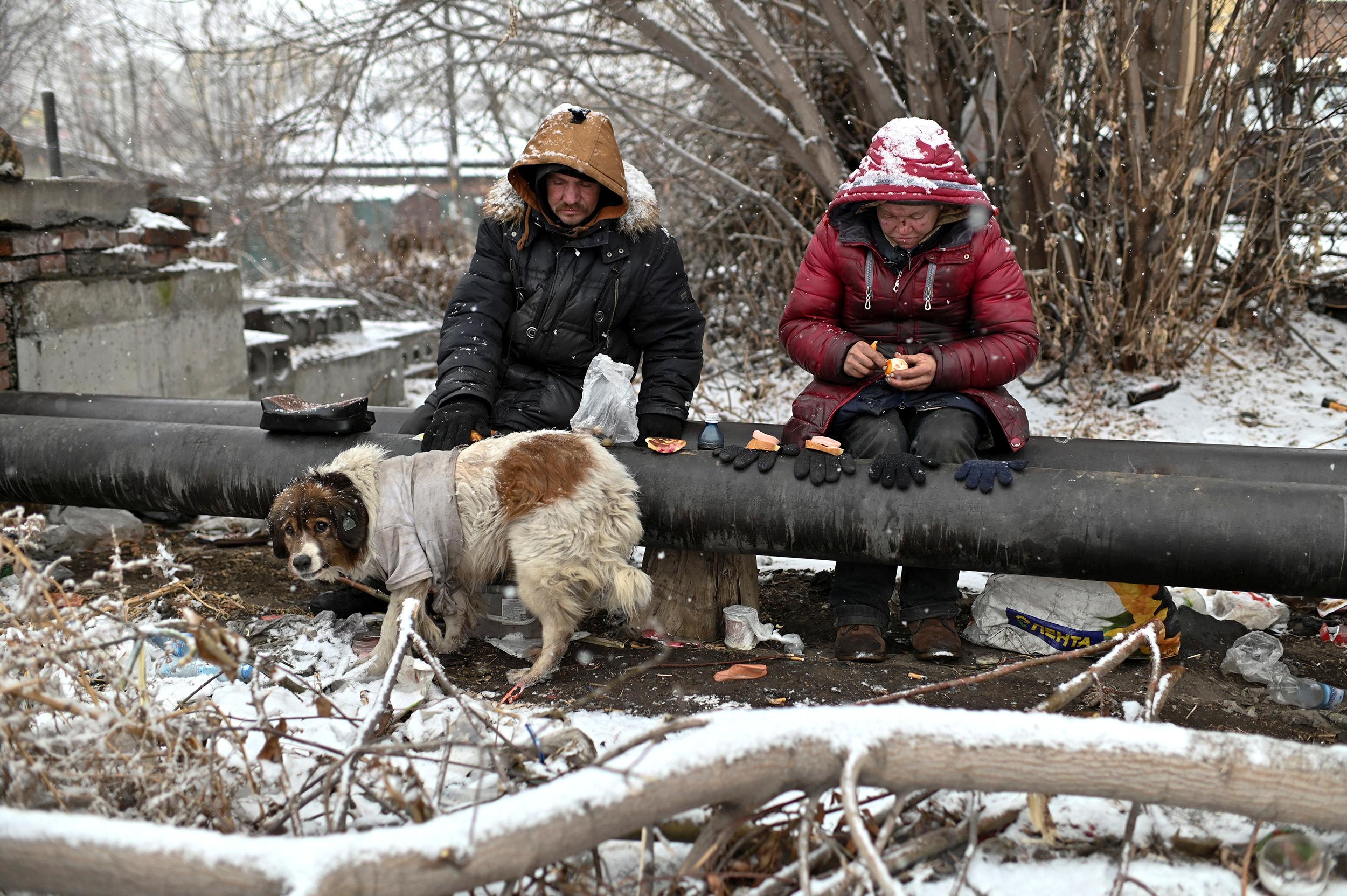 It’s a perilous existence. Too far from the pipe and he could die of exposure to the cold. Too close and he could get severe burns without him noticing at first through the haze of hard alcohol that many drink to keep warm and dull reality.

The 46-year-old has lived like this for more than 11 years.

“You sleep at night with your eyes closed but your ears open,” he says.

He used to yearn for a chance to rebuild his life, but since his partner, Alyonka, died two years ago of liver cancer, he has lost the will. They had lived together near the train station.

“I get through the day and that’s it,” he says. “If I found a woman like her, I could stop and try to return to society, but I can’t find anyone like her.”

Vergunov, who likes to call himself Lyokha the Beard, is one of 3,500 homeless people officially living rough in the city of Omsk, though the real figure is likely higher. He’s one of the few who stop to chat and laugh with the city’s home-dwellers.

“It’s you that’s going to freeze in your apartment with three blankets, not me between the pipes,” he likes to joke.

His favourite time is night. Though at its coldest, the city is quiet and he is free to roam and search a rubbish dump for glass bottles and other items he can exchange for a small sum.

Omsk, which lies three time zones east of Moscow, has a night shelter for the homeless. But it’s in a distant part of town and Vergunov doesn’t sleep there as the local homeless won’t let him earn his keep at the nearby rubbish dump on what they see as their patch.

A charity, Caritas, hands out food and clothes to help the city’s homeless, although Vergunov has also learned to be on the lookout for ill-wishers. He once saved the life of his friend, Alexander, after a group of teenagers set him on fire.

Sometimes misfortune and pain can nudge Omsk’s homeless towards trying to change their lives.

Lyusya Stepanova, 44, is considering trying to return to society after more than 27 years on the streets. She was hospitalised last month for three weeks with serious burns across her body after she fell asleep too close to the pipes where she was sheltering.

She is now in a rehabilitation centre 30 kilometres out of town in the village of Rozovka.

“I plan to go home, to mother,” she said, though she recognises she cannot turn back the clock on 27 years on the street. “My childhood dreams were noble, but it’s too late now, that boat has already sailed.”