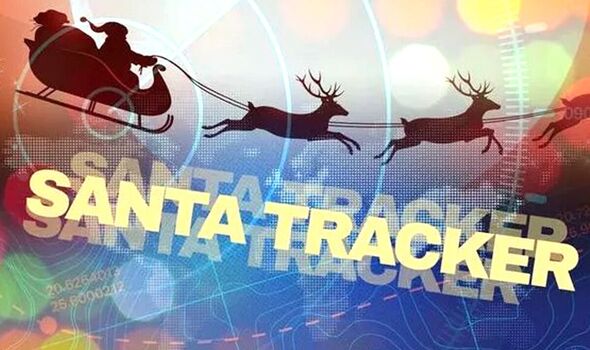 The first update on Father Christmas’ annual flight to deliver presents to children around the world has gone live. Using NORAD’s Santa tracker, families and children from all corners of the globe can now check where in the world Father Christmas is currently flying in his sleigh, pulled by his infamous eight reindeer. A visit from is one of the most exciting parts of the festive season for children and NORAD have been creating a little Christmas cheer for nearly seven decades with the playful tracker.

How to get updates from NORAD

Fellow followers of Santa Claus around the world can phone in to NORAD from 11am to inquire about Santa’s whereabouts.

NORAD takes calls from nearly every single country in the world and their Santa tracking website supports eight different languages.

The tracking fun began by accident in 1955 when a young child called the Continental Air Defense Command (CONAD) trying to locate Santa.

NORAD’s Santa Tracker website opened on December 1 but he was not expected to begin his world travels until the eve of Christmas Day.

A NORAD spokesman said: “Santa is at the North Pole, where he lives with Mrs. Claus and the elves who make toys and take care of the reindeer year round.

“Each year on December 24th, Santa and his reindeer launch from the North Pole very early in the morning for their famous trip around the world. The minute they launch, NORAD starts to track him!”

NORAD’s Santa tracking website began showing live updates at 9am as Father Christmas made preparations for his flight.

Good morning from London. I’m Tom Watling, I’ll be bringing you all the latest developments on Santa Claus’ travels around the world. Please feel free to get in touch with me as I work if you have a story or tips to share! Your thoughts are always welcome.

Every day of the year, the North American Aerospace Defense Command (NORAD) tracks everything that flies in and around Canada and the United States.

But on Christmas Eve, they are tasked with the special mission of also tracking Santa on his journey around the world.

If you are looking to entertain the children or even indulge in a little Christmas spirit yourself, the NORAD tracker will give regular updates on Santa’s location and status.

According to Google, who launched their own tracker in 2004, Santa is due to make his first stop at 10pm local time in far eastern Russia, which is at 7pm in the UK.