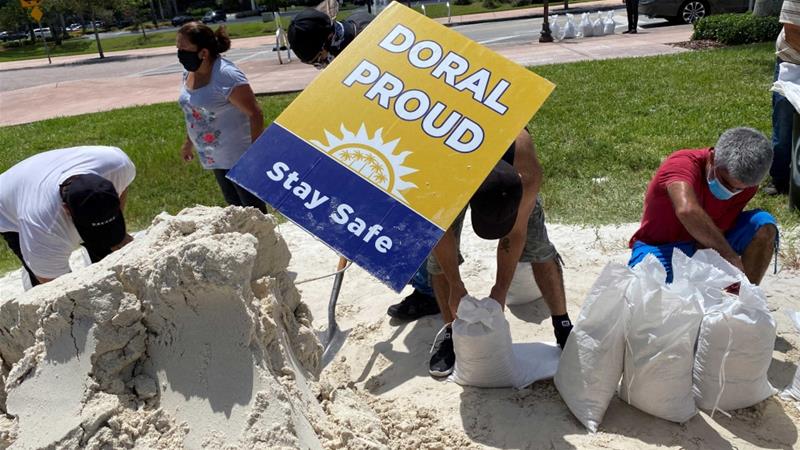 Florida Governor Ron DeSantis declared a state of emergency for counties on the Atlantic coast with Hurricane Isaias expected to hit the state as early as Friday night, a development that prompted the widespread closure of COVID-19 testing sites.

The hurricane, packing maximum sustained winds of 120km/h (75 miles per hour), is currently lashing the southeastern part of the Bahamas and the Turks and Caicos Islands, the US National Hurricane Center (NHC) said on its Twitter feed.

DeSantis told a news conference that he signed an executive order establishing a state of emergency for east coast counties stretching from Miami-Dade in the south to Nassau at the northern tip, a move that makes it easier to mobilise resources.

“While current projections have the eye of Isaias remaining at sea the situation remains fluid and can change quickly,” the governor said. “I want Floridians to know that the state of Florida is fully prepared for this.”

Miami-Dade’s public beaches, parks, marinas, and golf courses were set to close on Friday as Isaias strengthened to a Category 1 hurricane and forecasters predicted it would reach Category 2, with winds as powerful as 180km/h (110mph).

Miami-Dade County officials have also closed drive-through and walk-up testing sites for COVID-19, following a similar move by Broward County Mayor Dale VC Holness, who said the sites could reopen on Wednesday after the storm had passed.

“We have thousands of tests that will not be conducted until we get these test sites up and running again,” Miami-Dade County Mayor Carlos Gimenez said in a news conference on Friday. 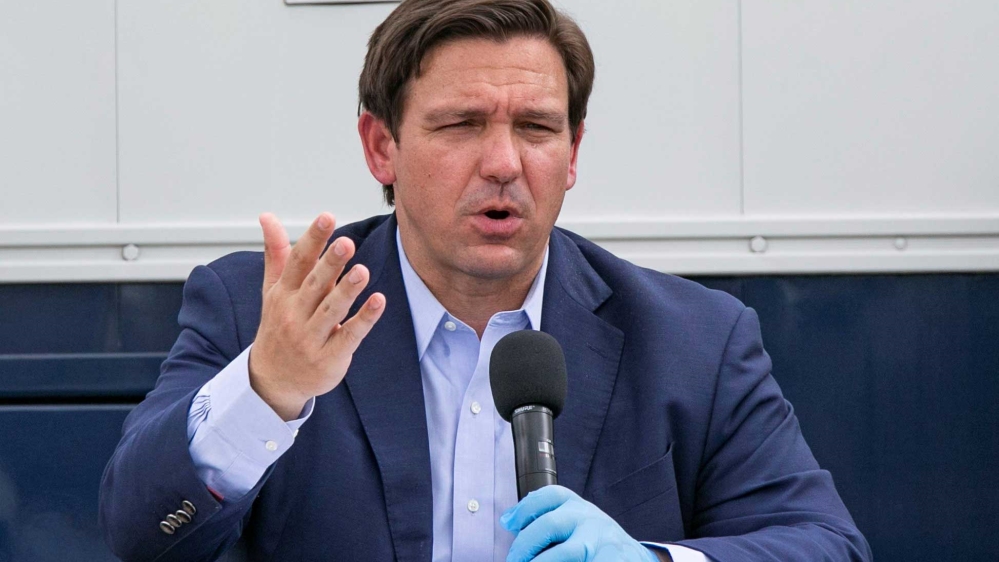 For weeks Florida has been at the epicentre of the US coronavirus outbreak – it reported a record one-day increase in COVID-19 deaths for a third consecutive day on Thursday – although reports of new cases have recently slowed in the state.

DeSantis said COVID-19 testing sites would remain open on Florida’s west coast and that testing at hospitals and community centre may also continue. The storm’s main effect would be to sites set up outside and vulnerable to the wind, he said.

At full capacity, Florida had 162 test sites in all but two of its 67 counties.

The governor also said he planned to issue new guidance on testing to narrow its scope. He estimated that currently about half of the people who were being tested were either “curious” without symptoms or people looking to go back to work.

DeSantis said the state’s department of health, based on recently issued guidance from the US Centers for Disease Control and Prevention, would now suggest employers focus on symptomatic people, rather than screening all workers.