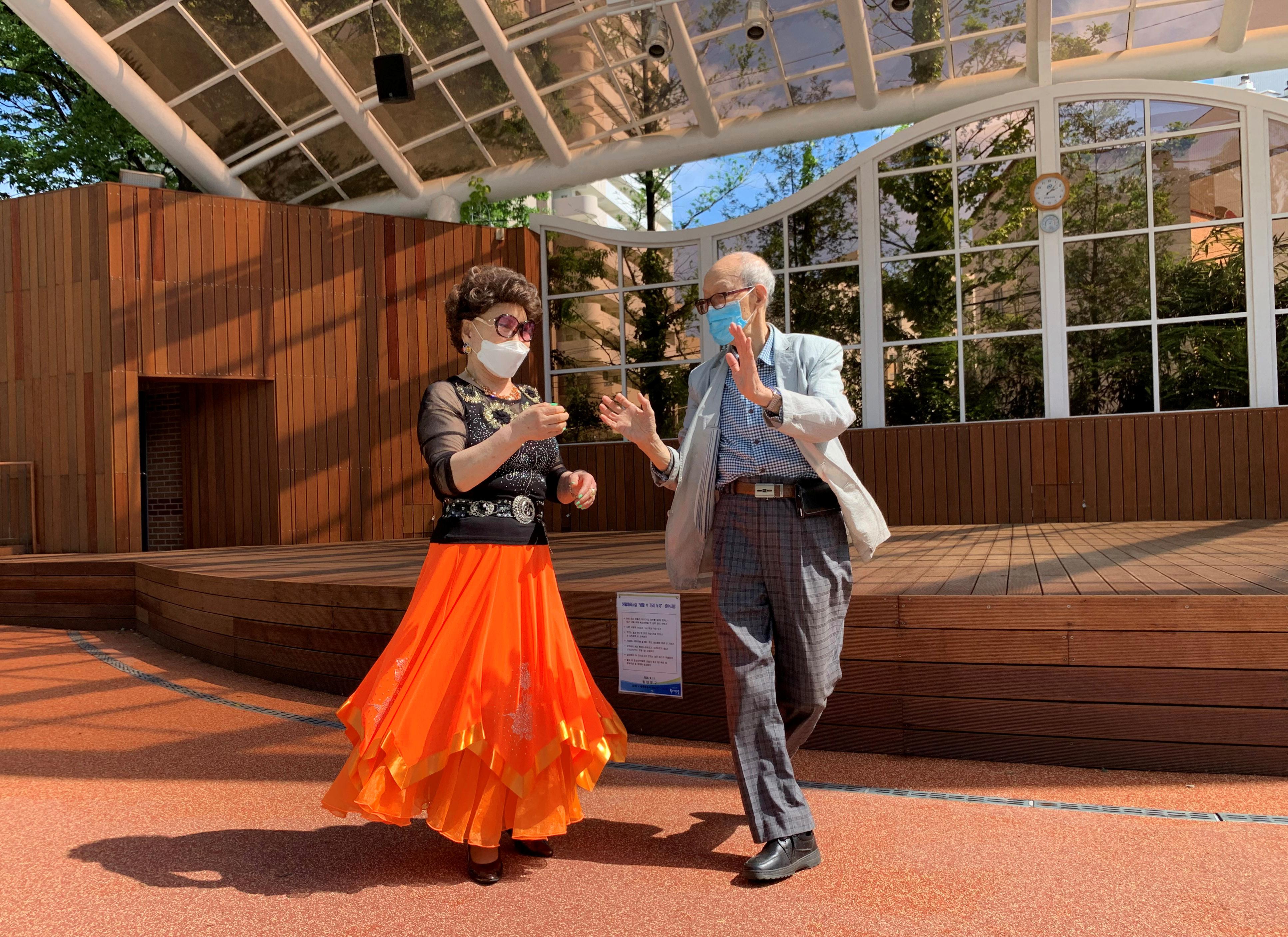 He can’t do that anymore.

With colatecs mostly shut down after coronavirus infections linked to nightclubs raised fears of a second wave of contagion in South Korea, the 89-year old now sleeps for six hours during the day and plays online Janggi, a Korean version of chess, to kill time.

“I miss dancing,” said the retired tool-store owner, who has been living alone since his wife died 19 years ago. “It’s so depressing not having anyone to talk to all day. I don’t just dance there, I find people to talk to, drink tea, and play Janggi.”

Eager to bust a move and chat, Jeong and four of his colatec friends met on Tuesday at a Seoul park for the first time since late February.

The team – a retired lieutenant colonel, an ex-hotelier, a jitterbug instructor and a housewife – coupled up and boogied to jitterbug music on YouTube, all wearing masks even as sweat dripped down their faces.

In a country where the elderly are the most depressed and impoverished among rich nations, colatecs here – a portmanteau of “cola” and “discotheque” – offered comfort to hundreds of thousands of seniors such as Jeong.

The number of senior South Koreans is ballooning faster than in any other developed country, but businesses catering to the elderly are some of the hardest hit by the pandemic.

South Korea, which once had the second-highest number of cases behind China, controlled the virus’ spread without having to take severe measures such as imposing a national lockdown or forcing businesses to close. It now has about 11,000 cases.

But a spike in infections linked to Seoul’s Itaewon nightlife district in early May led to shutdowns of discos and bars across the country, after weeks of nearly no new domestic coronavirus cases.

“Why should we suffer? We wore masks and put on sanitary gels before dancing. All of us were very careful not to get into any sort of trouble because we knew it could really kill us, you know, when you’re my age,” the 61-year-old said.

Another jitterbug veteran who identified himself only as ‘Qingdao Wind,’ says he has moved from colatecs to hiking and camping because his dance friends are now spending time in Geomdansan, a mountain near Misari, east of Seoul.

“I also like camping, but there’s nothing like gliding through the dance floor with a partner and some music,” he said.