Indian authorities have installed a net across the Ganges after corpses were seen floating in the river. Dozens of bodies were found washed up in the northern state of Uttar Pradesh and approximately 100 bodies were washed up around 35 miles upstream in the Buxar district of Bihar state.

Sanjay Kumar, water resources minister for Bihar, said on Twitter that a “net has been placed” in the river on the border with Uttar Pradesh and patrols increased to monitor bodies entering the water.

Mr Kumar said that the government was “pained at both the tragedy as well as harm to the river Ganges.”

He added: “Doctors have found in the post mortem that the bodies are four to five days old and have come from far away”.

Mr Kumar stated that Nitish Kumar, the Chief Minister of Bihar, has given instructions to cremate all the dead bodies. 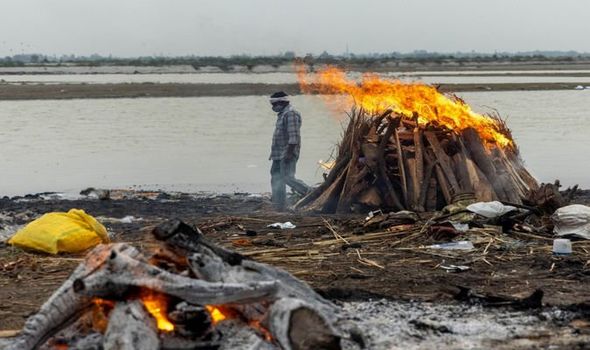 Covid has not been stated as the cause of death unless the person was tested, which few were.

It remains unknown how the bodies got there but authorities say they are investigating. Ghazipur District Magistrate MP Singh, told NDTV: “Our officers are present on the spot and an investigation is under way. We are trying to find out where they came from.”

Some locals have claimed that the bodies have been dumped in the river after crematoriums became overwhelmed by Covid deaths and resulted in a shortage of cremation wood.

One resident of the village of Chausa, in Bihar’s Buxar district, told the Telegraph: “During normal times, the crematorium here would usually see between two and three bodies daily. But the number of dead bodies arriving each day is nearer 60.”

DON’T MISS
First picture of boy, 9, killed by lightning strike during football[UK]
Covid inquiry: What is a public inquiry? When will it start?[COVID]
Bosnian warlord Radovan Karadzic guilty of genocide[WORLD] 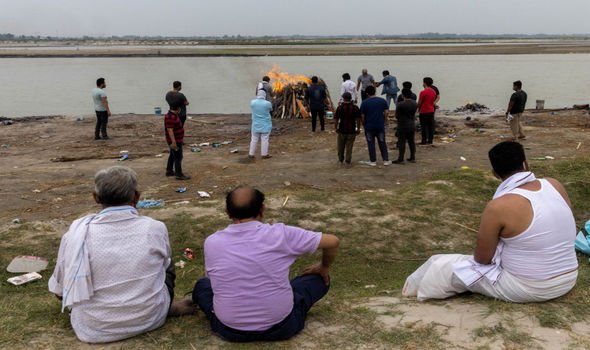 Another local, Akhand Pratap, said: “We told the administration earlier as well that people are dumping bodies into the holy Ganges river instead of cremation because of shortage of cremation wood.”

The discoveries have sparked panic that the disease could spread through water. The Metro reports that Mohsin Wali, senior doctor at Sir Ganga Ram Hospital, said: “We have heard that coronavirus has spread from one floor to another through the cistern in multi-storey buildings and this is documented.

“Although there is no global research on how the virus may spread through dead bodies in water, I strongly believe that the water is now polluted.

“It is not worth drinking anymore and when these bodies rot, it will be even more dangerous.”