The Xinka say Pan American Silver, a mining company based in Canada, isn’t compliant with a Constitutional Court ruling. 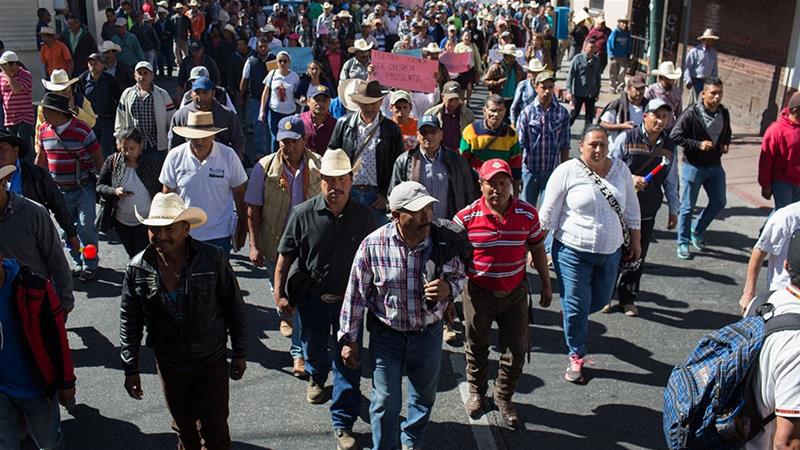 “We were peacefully protesting at the gate, in front of the entrance to the mine,” Martinez told Al Jazeera on Tuesday.

It was April 27, 2013, just a few weeks after Canadian-owned company Tahoe Resources received its exploitation license for the Escobal silver mine, located 75km southeast of Guatemala City.

Residents of municipalities around the region, including indigenous Xinka communities, had been voicing their opposition to the project for months. They were concerned a mine could cause water shortages and pollution, potentially impacting the health and economy of residents largely dependent on farming.

The April 2013 protest was one of many. The demonstration was peaceful until mine security manager Alberto Rotondo showed up with orders to shoot, according to Martinez. “I gave the order to kill some of those sons of b*****s,” Rotondo was later recorded saying, according to wiretap evidence filed in court.

“They started shooting at us,” Martinez said. “They fired rubber bullets and they also fired live rounds.”

Martinez, a farmer from a nearby village, was shot in the back. Six other protesters were also hit. All survived, although one teenager shot in the face required extensive reconstructive surgery.

Despite the ordeal, Martinez never stopped protesting against the mine, now owned by another Canadian company, Pan American Silver. He was back at it on Tuesday in Guatemala City, where indigenous Xinka authorities and communities marched to condemn company and state institution actions that they say contravene a mine-related court ruling.

The Constitutional Court issued an injunction last September, ordering the suspension of Escobal mining operations pending consultation with affected Xinka residents. The court determined the Xinka legal action had merit: The lack of prior consultation with indigenous residents contravened domestic and international law.

“What we have asked is that the voice of the people be heard,” said Martinez after travelling to the capital on Tuesday with a few hundred people for a morning march from the Supreme Court to the Constitutional Court. The group later paid an afternoon visit to the Ministry of Energy and Mines.

According to the Xinka Parliament, government institutions have not been working in good faith towards the implementation of the consultation ordered by the court. The representative body also claims the company continues to engage in community relations activities despite the court-ordered suspension.

The Guatemalan Ministry of Energy and Mines was not immediately available for comment.

Siren Fisekci, Pan American Silver vice president of investor relations and corporate communications, said the company is “fully aware of the Constitutional Court ruling and welcomes the consultation process it sets out”.

In an email, Fisekci added that the company is “fully compliant with the requirements set out in the ruling”.

But the Xinka Parliament disputes this and has filed a motion with the Supreme Court to request a ruling on whether the company and state institution are compliant with the Constitutional Court ruling. A resolution is still pending, and the delay is an impediment, according to Emy Gomez, a project coordinator for the Xinka Parliament.

“This protest is demanding the Supreme Court of Justice respects the Constitutional Court resolution,” Gomez told Al Jazeera while the march made its way through downtown Guatemala City. 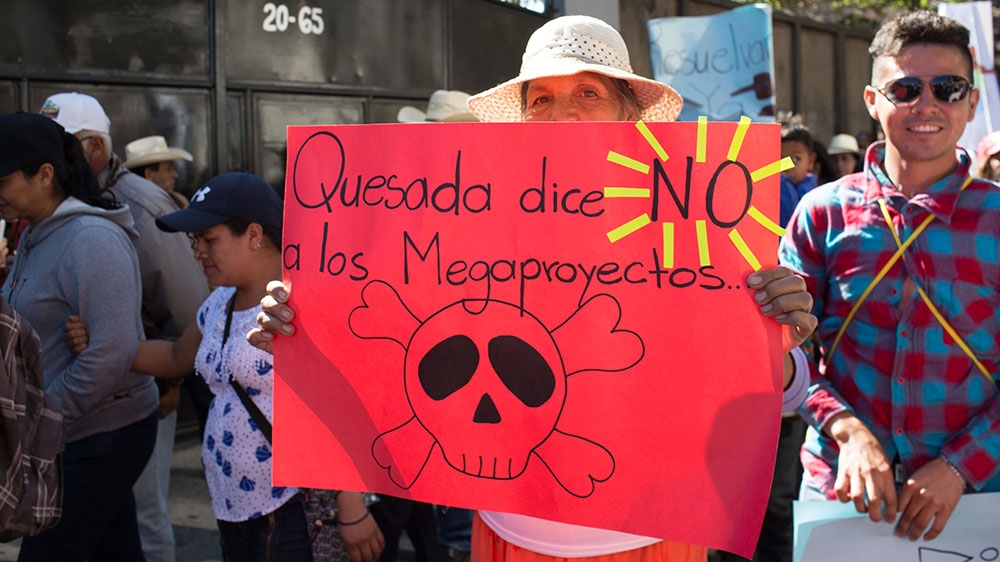 The court-ordered consultation is in its preliminary planning stages, and the process and manner in which it will take place have yet to be defined. Responsibility for consultation falls to the state, and communities are concerned it will not be impartial or respect indigenous community rights and practices.

“We want solutions that respond to the needs of the communities,” she said.

The situation is complicated because there is not yet a consensus on exactly who should be consulted. Prior to the Constitutional Court decision, the mining company argued there were no indigenous Xinka inhabitants in the project’s area of influence.

Guatemala is home to 24 indigenous peoples: 22 Mayan peoples, the Garifuna, and the Xinka. The departments of Jalapa, Jutiapa and Santa Rosa are home to Xinka communities, but their history and existence have long been subject to negligence and erasure.

“The company said we did not exist,” said Gomez. The court disagreed.

‘Pay for the harms and leave’

Commercial production at the Escobal mine began in 2014, but opposition did not wane. Residents organised municipal referendums in several municipalities in the area, and more than 90 percent of participants rejected mining in each case.

As has been the case with most mining projects in Guatemala, the Escobal silver mine has been the subject of years of conflict. Community activists have been killed. Others have been tied up in criminal proceedings for what human rights groups say have been trumped-up charges. Legal proceedings against the mining company also continue.

Several police officers were convicted of facilitating the 2015 escape from custody of former mine security manager Alberto Rotondo while he was facing trial for ordering the attack against Martinez and other protesters. Rotondo, a Peruvian former military officer, remains a fugitive.

The shooting victims are plaintiffs in a civil lawsuit in Canada against Tahoe Resources, whose takeover by Pan American Silver was finalised this month. It is one of only a few instances in which a Canadian court has accepted jurisdiction in a case of human rights violations committed abroad.

In 2017, residents and some mayors in the region around the mine set up road checkpoints to shut down mining operations. They have been inspecting trucks, and turn around any vehicle carrying fuel, equipment, or supplies to the mine.

The partial blockades had effectively suspended mine production even before the Constitutional Court ordered its suspension. The language of the court ruling suggests that the mine may resume operation following the consultation regardless of the outcome.

Xinka residents are pushing for a free and fair consultation process, but have no plans to consent to the mine or allow production to resume. Martinez has hopes for some justice in the Canadian lawsuit, but back in Guatemala, he wants the company gone, and he is far from alone.

“What we want is for them to pay for the harms, and to leave,” he said.