A Coca-Cola Christmas Truck Tour worker has lifted the lid on the secrets that help make it so magical.

From the special nickname staff give the vehicle and when the best time is to visit to a secret button in the truck, ex-worker Andrea Watt, 49, has lifted the lid on what makes the attraction so "magical".

It was Andrea's job over two weeks of long "freezing" days, to look after the truck – or caravan as insiders refer to it – as it spread festive joy across Scotland and the north of England.

"This was a caravan tour, they called it a caravan that's the Coke term," she told the Daily Star.

"Speaking about it now I’m getting goosebumps, it was a magical time and even now I love the Coca-Cola truck and everything it represents it was so magical." 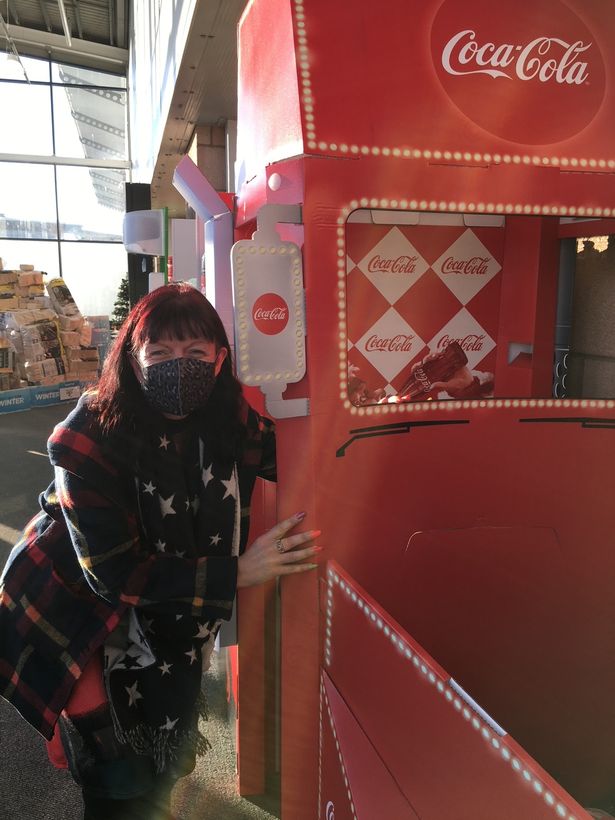 While working for a PR agency, Andrea was tasked with booking school choirs to sing the famous 'Holidays Are Coming' jingle to add to the atmosphere already brought by Santa with his truck-load of fizzy drinks.

After hearing the catchy song all day, every day for a couple of weeks on end, the tune has never left Andrea's head.

Andrea from Inverbervie, Scotland said: "We were to look after the truck on its travels and find school choirs on its tour to sing the ‘Holidays Are Coming’ and we provided sheet music for the jingle.

"I still sing it now, all these years later it brings me great happiness when I see the TV advert. It reminds me of this fun time of my life."

Kids were not the only ones to ring out the hit at each supermarket stop as they were backed by the truck itself.

Coca-Cola's driver and him alone was in control of when to blast the company's Christmas jingle, thanks to a secretive button only he could press which heralded the arrival of Santa.

Andrea who is now a fundraiser for the Stroke Association explained: "The truck actually played 'holidays are coming'.

"I remember the driver had a button so he’d press something and it would play from somewhere on the truck, the jingle that is still absolutely synonymous with every single Coca-Cola product today – particularly in the festive season."

As if winter temperatures were not enough for Andrea and Santa Claus to contend with, the truck refrigerating Coca-Cola bottles brought about even more of a chill.

"It was freezing, so cold in the truck that’s why there was a polar bear," Andrea recalled from her time on the 1999 Christmas tour.

Andrea continued to explain that as well as planning out the stops and booking choirs, she was also behind booking Santa Claus following an audition process over the phone.

Fans of the truck will know they have most of the day to visit it at their nearest stop however Andrea recommends people hold off until the evening to catch it in all its glory.

She said: "Obviously it was most impactful in the evening as it got darker and the lights on the truck lit up.

"But it was most exciting when it was going from city to city because it was all lit up at night and looked beautiful."

Several years later it was that very scenario that wowed the mum as she drove home one evening from work.

For more incredible stories from the Daily Star, make sure you sign up to one of our newsletters here

She said: "Nine years ago I was working up in Aberdeen quite late at night and I was travelling home and out of the darkness, the magical Coca-Cola truck appeared going the other way and I could not believe my eyes.

"It made me smile, happy times were remembered.

"The next day we went up to an Asda store in Aberdeen and it was exactly the same promotion that I did."

Locations and dates for 2021 are currently being drip fed by Coca-Cola who have announced that first up for the truck in 2021 is Glasgow, followed by Newcastle and Leeds.