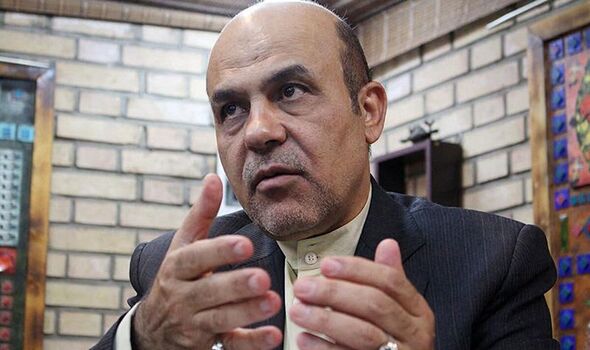 The Government imposed new sanctions on the “brutal” regime following what PM Rishi Sunak called the “callous and cowardly” execution of Alireza Akbari yesterday morning. Akbari, once Iran’s deputy defence minister, had been accused of being an MI6 spy – charges his family and the FCDO strenuously deny – and was first arrested in 2019, after he returned to Tehran from London to advise the regime on the future of the Iran nuclear deal.

In an audio recording smuggled out of the country, the 61-year-old revealed that he had been subjected to 3,500 hours of “torture psychedelic drugs, and physiological and psychological pressure methods, they took away my will. They drove me to the brink of madness … and forced me to make false confessions by force of arms and death threats.”

He added that, while Iran’s Supreme Court had voted against giving him the death penalty , “the intelligence ministry imposed its will by threatening the judge.”

Writing on Twitter, PM Rishi Sunak said: “I am appalled by the execution of British-Iranian citizen Alireza Akbari in Iran.

“This was a callous and cowardly act, carried out by a barbaric regime with no respect for the human rights of their own people.”

In response, the FCDO yesterday froze the assets of Prosecutor General Mohammad Jafar Montazeri and imposed a travel ban.

He has been a leading driver in the harsh punishments and executions meted out on Iranians protestors and dissidents.

In September, he issued a directive to courts to act “decisively” and issue harsh sentences to many of those arrested during the ongoing protests, beginning with protestor Mohsen Shekari.

Foreign Secretary James Cleverly said: “The Prosecutor General is at the heart of Iran’s barbaric use of the death penalty for political ends.

“Sanctioning him today underlines our disgust at Alireza Akbari’s execution and our commitment to holding the regime to account for its appalling human rights violations.”

Sir Simon Shercliff, the British ambassador to Iran, was in turn summoned as part of an Iranian claim that the British embassy had been used as a base from which to recruit Akbari, who had served in reformist President Mohammad Khatami’s government from 1997 to 2005.

Britain has sanctioned more than 30 leading Iranians and institutions -six of which have links to revolutionary courts -since September, when the regime began its brutal crackdown on protests which erupted across the country following the death on custody of 22-year-old Mahsa Amini, who had been arrested for improperly wearing her headscarf.

But, so far, the government is resisting mounting calls to proscribe Iran’s Revolutionary Guard as a terrorist organisation, though the move is actively being considered.

Speaking last night Iran expert Catherine Perez-Shakdam, of the Henry Jackson Society think tank, said: “This execution marks a very clear escalation by Iran. The days where the regime used hostage diplomacy, whereby it tried to use dual U citizens to leverage Britain, are gone.

“And it also confirms that radicals have won the ideological war within the country itself. Last week, they sentenced the daughter of former president Rafsanjani to five years in prison for her part in the protests. No one is going to challenge them now. No one is safe.”

She warned that the beleaguered regime would be increasing its open challenge to Britain.

“The fact that Tehran has challenged the UK so openly and violently without any space for diplomacy, or even a meaningful conversation over Akbari’s fate, tells you that all bets are off.

“This means we should prepare for fresh chaos in the region, and even on our own streets – as evidenced by the uranium-laced iron intercepted at Heathrow and bound for a firm with links to the regime.”