Israeli Defence Minister Benny Gantz ordered a “massive reinforcement” of security forces in an attempt to contain the unrest. More than 100 people have been killed in Gaza and seven have died in Israel after violence erupted earlier this week.

On Wednesday, the United Nations warned of the possibility of “all-out war” due to the conflict between Israel and Hamas.

It came after the deadly exchange of rockets fired by Palestinian militants in the Gaza Strip and the Israeli military.

On Thursday, two Israeli infantry units and one armoured unit were positioned near its border with Gaza.

At least 7,000 army reservist were also reportedly called up to aid the security operation. 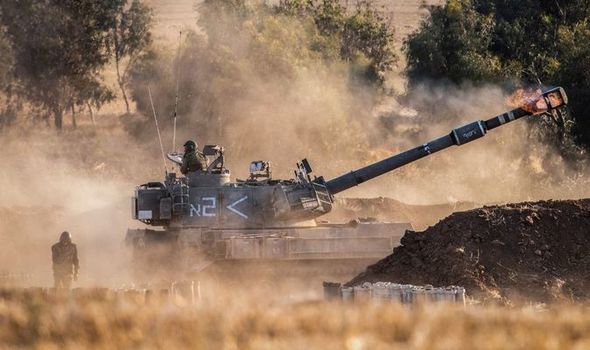 The Israeli army is believed to be putting forward plans for a possible offensive, but the decision would need to be approved by military chiefs and government officials.

Mr Gantz said: “We are in an emergency situation due to the national violence and it is now necessary to have a massive reinforcement of forces on the ground, and they are to be sent immediately to enforce law and order.”

This week’s violence in Gaza and Israel is said to be the worst since the 2014 conflict.

The violence erupted on Monday night after weeks of escalating Israeli-Palestinian tensions in East Jerusalem. 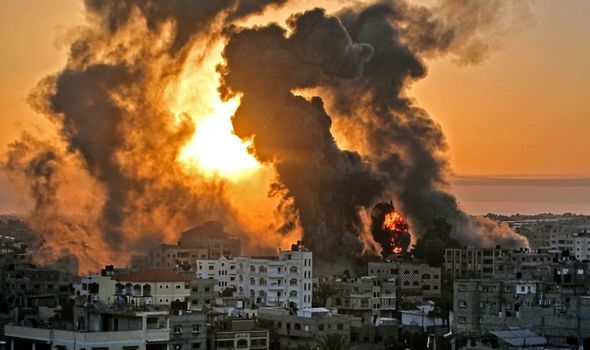 His comments came amid a wave of street battles between Arab and Jewish citizens across Israel.

Mr Netanyahu told reporters: “We have no bigger threat now than these pogroms and we have no choice but to restore law and order via determined use of force.”

Israel’s President Reuven Rivlin warned against a civil war and appealed to all sides to “please stop this madness”.

In a tweet on Wednesday, the Palestinian Authority condemned Israel’s “military aggression” and said it is “traumatising an already beleaguered population of two million people who have been imprisoned by Israel’s illegal blockade for 14 years, suffering its inhumane impact on all aspects of life”.