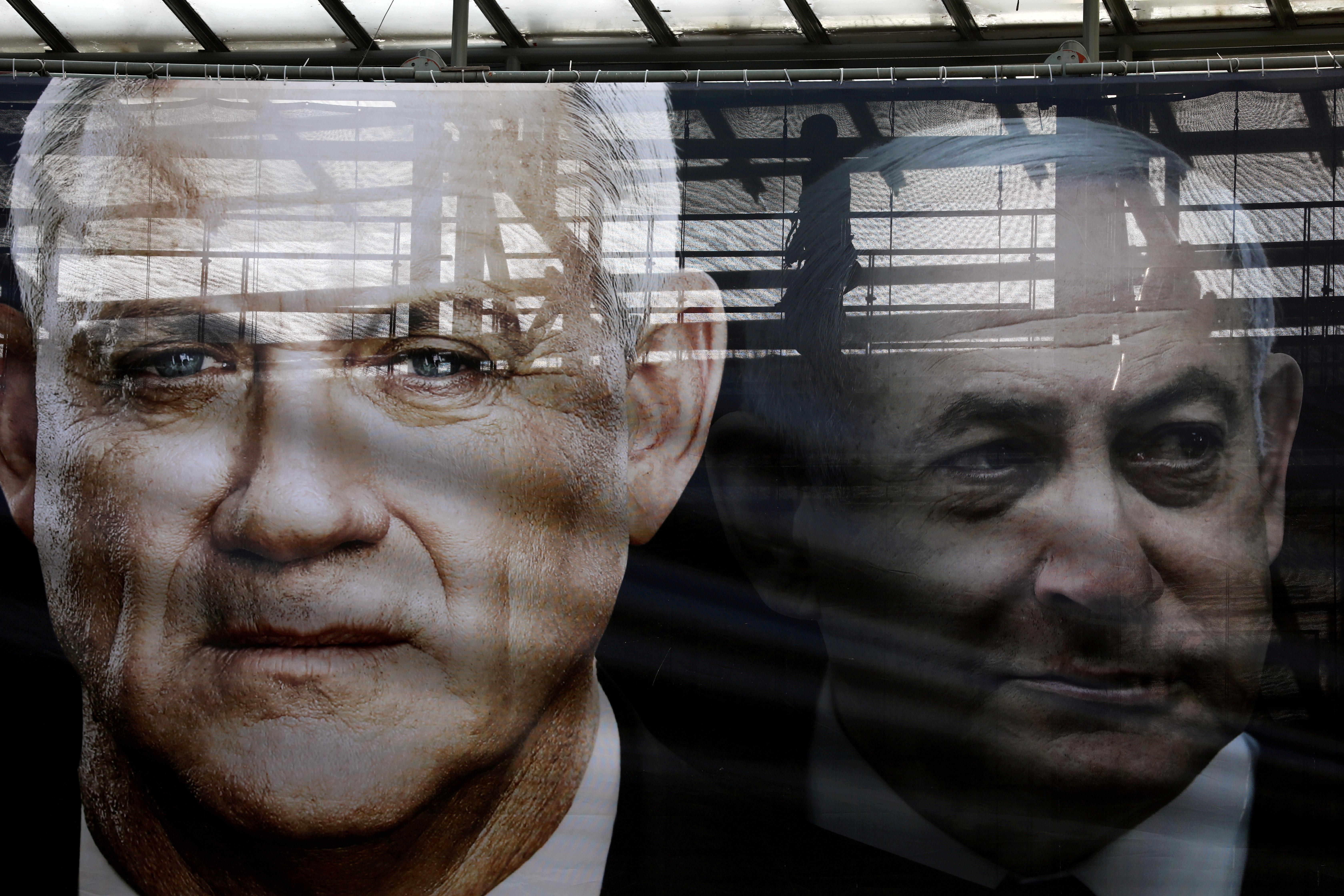 Even the medical and economic crises brought on by the coronavirus outbreak have so far failed to end an unprecedented political deadlock that has pushed Israel into three inconclusive elections in the last year, and perhaps now a fourth.

Gantz and Netanyahu had been negotiating a power-sharing deal that would have kept the right-wing premier in office for another 18 months, Israeli media reported.

Under the arrangement, centrist former general Gantz would have taken over after that.

It was Gantz, a relative newcomer to politics, who was given the first chance to put together a government after the most recent election, in March.

President Reuven Rivlin, who is overseeing the talks, said on Monday that progress justified his decision to grant Gantz a two-day extension to hash out a deal with Netanyahu.

But Gantz’s mandate expired at midnight on Wednesday after a last-minute attempt by the two leaders’ envoys to clinch a deal. Failure complicates plans for economic recovery once the coronavirus outbreak is brought under control, and the country’s stringent lockdown is eased.

Without a deal, it will be up to parliament to pick a candidate who would then have 14 days to form a government. Failure to do so would automatically trigger a snap election.

Gantz had previously said he would not serve in a government led by Netanyahu, who is facing indictment on corruption charges but denies any wrongdoing. The trial is due to begin next month.

But the enormity of the coronavirus crisis prompted Gantz to break his campaign promise and to consider a deal, a move that angered many of his anti-Netanyahu supporters.

The outcome appeared to weaken Gantz while strengthening Netanyahu, whose caretaker government is overseeing the country’s response to the coronavirus crisis.

A Monday poll from Israel’s Channel 12 news said that if an election were held now, Netanyahu’s Likud party would see a four-seat boost to 40 in the 120-member Knesset, while Gantz’s weakened Blue and White party would win only 19.

The poll also found that some 64% of citizens were satisfied with Netanyahu’s handling of the pandemic.

Israel has reported over 12,500 COVID-19 cases and at least 130 deaths. Restrictions have confined most Israelis to their homes, forcing businesses to close and sending unemployment to more than 25%.

Related posts:
Recent Posts
Latest Posts
Opinion | ‘White Australia’ Policy Lives On in Immigrant Detention
Vulnerable GOP Sen. Collins splits with Trump: Wait until after the election to replace Ginsburg
Opinion | We Clerked for Ruth Bader Ginsburg. Nothing Stopped Her From Speaking Up.
Report: Kushner predicted N.Y. would ‘suffer’, and ‘that’s their problem’
Five civilians injured in Houthi attack on Jazan: Saudi state news agency
This website uses cookies to improve your user experience and to provide you with advertisements that are relevant to your interests. By continuing to browse the site you are agreeing to our use of cookies.Ok