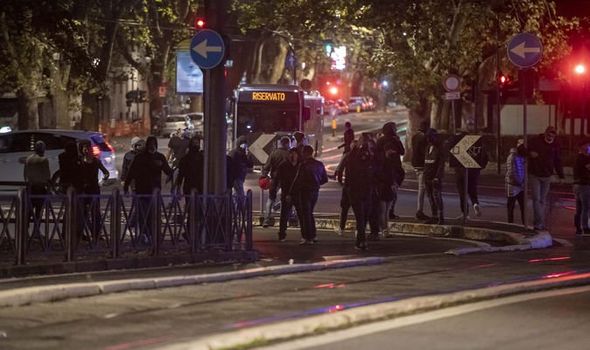 Prime Minister Giuseppe Conte said the measures were aimed at protecting both public health and the economy and should bring the rising curve of the epidemic under control in the next few weeks to allow a “serene” Christmas. “We think we will suffer a bit this month but by gritting our teeth with these restrictions, we’ll be able to breathe again in December,” he told a news conference, promising that sectors hit by the measures would be compensated.

Italy, once the European country hardest hit by the pandemic, has been overtaken by Spain, France and Britain but infection rates have been rebounding rapidly and health services have come under increasing pressure.

Underlining the spread of the disease, spokesmen for both Conte and President Sergio Mattarella said they had tested positive for the virus. Conte’s spokesman, Rocco Casalino, said in a statement he had last seen Conte on Tuesday at which time they had worn masks and maintained social distancing.

The new measures, which take effect on Monday, follow two nights of protests in Naples and Rome against curfews ordered in several regions last week.

Aware of the huge cost of shutting down the economy, the government hopes to avoid the blanket lockdown ordered in the first phase of the crisis. But it has been forced to ratchet up restrictions steadily as the pandemic has raced ahead.

The decree encourages people not to go out and to limit contacts at home with anyone outside their immediate family, but does not impose a mandatory nationwide curfew and allows shops and most businesses to remain open.

However, as well as early closing, bars and restaurants will be subject to a series of controls to limit contagion, while cinemas and theatres as well as trade fairs will be shut.

The decree also directs that up to three quarters of high school teaching should be online to limit the number of pupils in school buildings.

On Sunday, authorities reported a new record daily total of 21,273 infections, as well as 128 deaths.

The protests in Naples and Rome, while limited, underlined the tense political climate facing Conte who won praise for his handling of the initial phase of the crisis. However he has come under increasing fire for failing to strengthen preparations including testing and contact tracing over the summer.