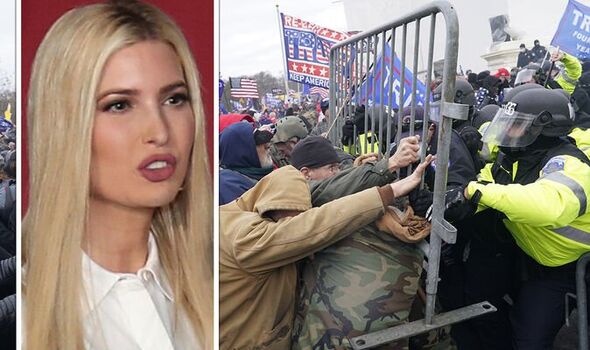 Ms Trump, a former senior White House adviser, is to speak virtually to the committee about the events of January 6, 2021, to which a bipartisan Senate report linked seven deaths. Her testimony, on Tuesday, comes as the investigation of the attack on the US Capitol expands to include close relatives of the ousted president and will follow that of Jared Kushner, her husband and fellow former presidential adviser, who spoke to the panel for more than six hours last week.

The Capitol committee’s chairman, Democratic Representative Bennie Thompson of Mississippi, has previously written to Ms Trump that the panel wants her voluntary cooperation “on a range of critical topics” – including conversations her father had had on January 6 with his vice president, Mike Pence, and why quicker action wasn’t taken on the day to help stop the violence.

Mr Thompson also said other witness testimony placed Ms Trump in the Oval Office during some moments on January 6 and the days leading up to the events.

After the riots, former president Trump was impeached for inciting an insurrection, though acquitted when not enough Republican senators stood up against him.